OLATHE, Kan. — An Olathe woman, who says a coyote killed her dog last week, is sending out a warning to people with small pets.

Olathe police say it’s not uncommon to see coyotes and foxes in neighborhoods. Police say the wild animals are usually on the hunt for food from vegetable gardens, trash cans and pet food left outside.

Julie Vollertsen, says her 12-year-old Shih Tzu mix, Tyson, was killed by a coyote last week after darting out the front door of her Olathe home.

“We found him he had marks around his neck and he had a hole in his side,” said Vollertsen. “I thought he would go sniff around and come paw at the front door like he always did, but he didn’t come back and I kept calling him, kept calling for him and didn’t find him.”

Vollertsen says her neighbor found Tyson the next morning in their backyard with a coyote standing over her beloved pooch.

“This was our family pet it was very devastating,” said Vollertsen.

According to a neighborhood website called “Next-Door” coyotes and foxes have been seen throughout Olathe.

Olathe police Sgt. Bryan Hill says if you see wild animals in your neighborhood it’s because there’s food to be found.

“They need to be aware if they’re going to let your pet out make sure you’re nearby,” said Sgt. Hill. “Work with your neighbors to ensure that pet food is not being left out, fallen fruit is not on the ground and garbage cans are secure.”

On Monday FOX 4 spoke to another woman in Olathe, Amia Schreiner, who says foxes have tried to attack her two small dogs. Schreiner says she saw the fox in her backyard a few weeks ago and feared for her two pets.

If you see wild animals in your yard police say don’t approach them.

Police say you can scare coyotes and foxes away by using a loud aggressive voice, banging something together to create a loud noise or by spraying them with a garden hose. 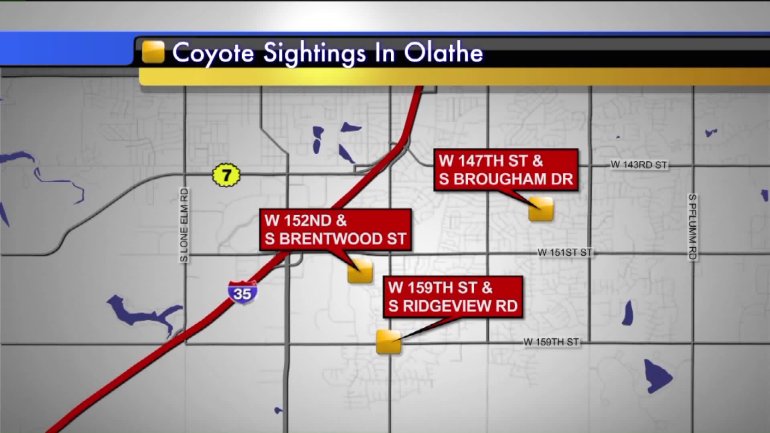 KANSAS CITY, Mo. (AP) — Steven Matz held the Kansas City Royals without a hit into the sixth inning, and Jonathan Davis and Vladimir Guerrero Jr. homered to give the Toronto Blue Jays a 5-1 victory in the seven-inning opener of their doubleheader Saturday.

Matz (3-0) only allowed a pair of walks before Nicky Lopez's blooper to left with one out in the sixth. Matz gave up Andrew Benintendi's two-out double later in the inning for the only other blemish on an otherwise dominant performance.

HARRISON, N.J. -- Sporting Kansas City has arrived in Red Bull Arena in Harrison, New Jersey where they will kick off the 2021 MLS regular season taking on the New York Red Bulls.

The duel between inaugural MLS clubs is fitting as the league celebrates 25 years of existence.