KANSAS CITY, Mo. — The most expensive photograph ever purchased by the Nelson Atkins Museum could soon be on display for all to see. Curators recently spent more than $320,000 to buy a one-of-a-kind photo taken in the 1850’s.

The daguerreotype features the earliest known picture of slaves. If you take a close look, you can see a line of slaves in the back of the picture carrying baskets of cotton on their heads. 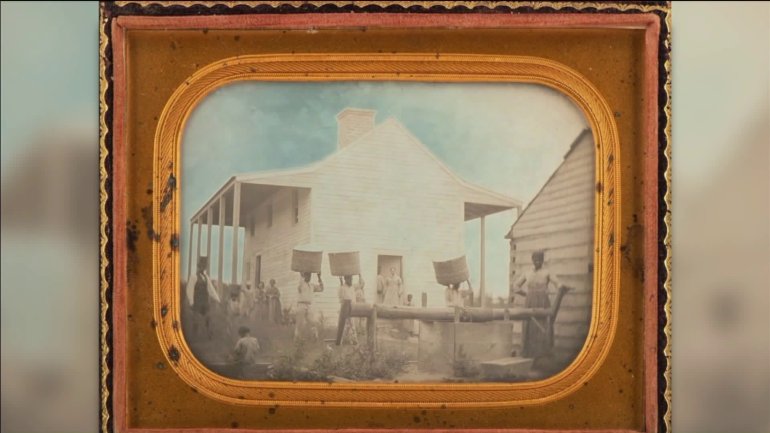 This photo came from the Gentry family, who lived in Georgia in the 1850`s. They were an average-sized slaveholder at the time, so the photo provides a rare look into what a smaller plantation looked like in that time period.

The museum purchased the daguerreotype in November at an auction in Cincinnati, and they don’t know of any other pre-Civil War picture out there like this one.

“What`s so mysterious about this piece is you would expect there would be other daguerreotypes showing slaves in the field or slaves on the plantation, but this is the only one I`ve ever seen. And I`ve seen quite a few images,” photography curator Jane Aspinwall said.

What is a daguerreotype, you might ask? It is an early photographic process where they used silvered, copper plates and mercury vapor.

The museum owns one of the largest daguerreotype collections in the world, and there are a bunch of these old photos currently on display. You can go see them right now all the way through the end of January, for free.

As for the daguerreotype it just purchased, that is not yet on display. Museum leadership is discussing when and how to display it so you can see it in person soon.

Just days ahead, KU School of Medicine announces graduation ceremony will be virtual