BATES CITY, Mo. — One of the largest small aircraft salvage yards in the country sits in the small Lafayette County town of Bates City.

Terry White founded White Industries Aircraft in 1956 after falling in love with an airplane he bought that need to be repaired.

White originally started salvaging airplanes in the Fairfax District in Kansas City before moving his business to its current location in Bates City. His salvage yard, located at 1013 Outer Road, sits on 170 acres. It’s equipped with a full runway and houses more than 2,000 airplanes. 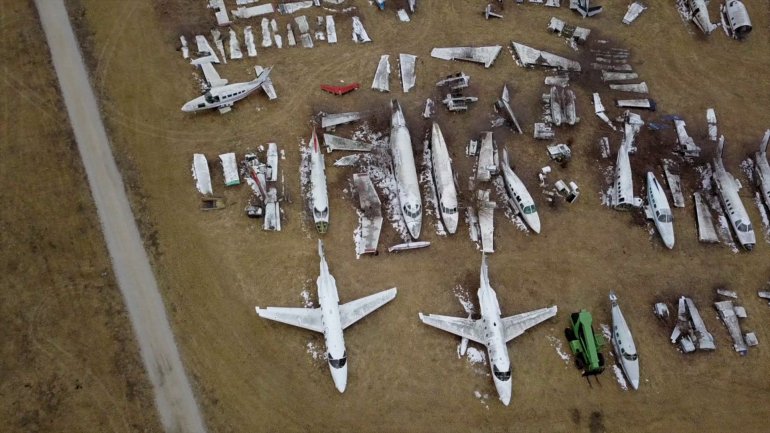 “We purchase the aircraft and dismantle them for parts,” White said. “We get inquiries throughout the world. In fact, we ship around the world.”

Most of the planes are general aviation aircraft — single-engine pistons or corporate business jets — and some date back as far as the 1940s. They don’t have airliner jets on site.

White and his staff sell parts from the planes to service repair facilities at airports and, unlike auto salvage yards, they have to keep meticulous records about the parts’ history.

“You’ve got to be authorized to install a part on a plane and record keeping is very important in this business,” White said. “You have to provide the history of the part, not only the description and exact match of the part.”

But not all of the parts are re-purposed for other airplanes. White said people often call asking to buy the frame of planes.

“One guy called and wanted a 6-8 passenger aircraft fuselage because he wanted to put it in a tree for his children, and that is not the first time we’ve had that exact request,” he said.

White said his salvage is one of four major small aircraft salvage yards in the United States; he has ties to three.

“The one in Oklahoma City, great fellow. He was my general manager for 25 years,” White said. “The one in Montgomery, Alabama, was one our best salesman, great fellow, my oldest son.”

The fourth one is in Rantoul, Kansas.

White said he’s ready to retire after nearly 60 years in the business, but he’s confident that the niche industry will continue to soar. He said he hopes to retire by the end of the year.

He does offer tours of the grounds but said they’re limited.