KANSAS CITY, Mo. — One person was killed Tuesday in a shooting in Kansas City, officials say, and detectives are searching for a person of interest in connection to the homicide.

According to KCPD Capt. Lionel Colon, officers were originally called at about 4:30 p.m. Tuesday to a crash near 23rd Street and Denver Avenue. The call was then updated to a shooting.

Colon said when they arrived, officers discovered a green truck had run a stop sign on Denver Avenue, striking a white SUV driving on 23rd Street.

The driver of the green truck, later identified as 37-year-old Cornelius Coleman, then got into an altercation with a bystander, Colon said. The bystander shot Coleman and then fled the scene in an unknown vehicle.

Coleman was taken to a nearby hospital and later pronounced dead.

The SUV driver was uninjured in the crash and was not involved in the shooting, Colon said.

Police are attempting to identify a person of interest, shown in the photo below, who was last seen driving a 2003 white Chevy Trailblazer with the Missouri license plate UJ0-J2U.

Anyone with information about the shooting or person of interest is asked to call the TIPS Hotline at 816-474-8477. 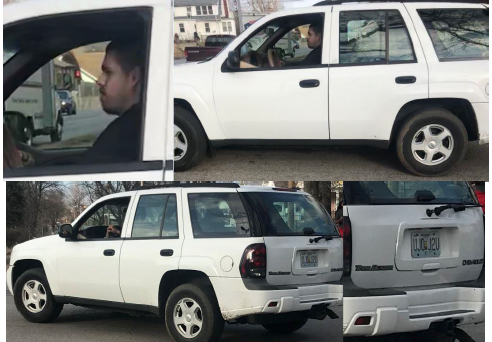 KANSAS CITY, Mo. -- Steve Phillips a guitarist for "The Elders", a six-piece Irish American folk rock band that formed in Kansas City, has died due to COVID-19.

DETROIT, Mich. — Ford is recalling more than 700,000 vehicles in North America because the backup cameras can show distorted images or suddenly go dark.

The recall covers most 2020 versions of Ford’s F-Series trucks, as well as the 2020 Explorer, Mustang, Transit, Expedition, Escape, Ranger and Edge. Also included are the Lincoln Nautilus and Corsair.

La Crosse and Green Bay, the two locations Trump will visit, have the highest level of concern for community spread of COVID-19, the Washington Post reports.

Gray parrots separated at zoo after swearing a blue streak

Titans vs. Steelers game postponed due to positive COVID-19 tests

Tracking the Tropics: Development possible in Caribbean later this week or this weekend