SMITHVILLE, Mo. — One year ago this week, Smithville residents were just starting to come out of their homes to check for damage after a tornado slammed their city.

On the evening of March 6, 2017, Smithville Police Chief Jason Lockridge had just posted to social media to warn residents that a tornado was coming.

“I got down to the basement right before it came through our neighborhood, literally shaking the house and breaking some windows in the house,” he said. “It seemed like it lasted probably longer than it did. I’d say probably seven to 10 seconds realistically. It sure seemed a lot longer than that when you’re sitting in your basement waiting for it to go by.”

His home and dozens of others in the Diamond Crest neighborhood, just south of W Highway, were damaged. 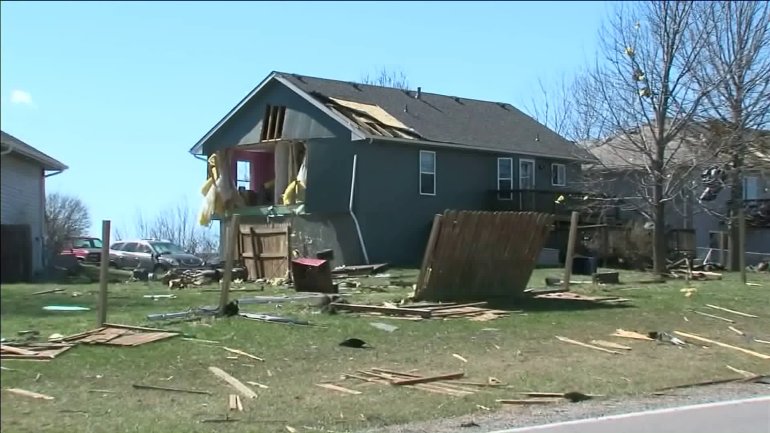 “We had debris scattered everywhere, tree limbs, parts of privacy fences, kids toys that had blown all over,” Lockridge said.

It struck him as a first responder, but also as a neighbor.

“That’s the neighborhood I’ve lived in for 16 years now,” he said. “People I’ve known for most of the time I’ve been here in Smithville.”

Lockridge and his wife had some busted out windows but were able to stay at their house. But about a dozen families had to leave their homes.

“It was surprising that within a matter of just a couple hours, we were able to find at least all those people that needed a place to stay,” he said. “They knew they had a roof to sleep under, a place they could lay their head down that night.”

He has some advice for other cities or towns who might fall victim to a storm this season.

“Ask for help. Ask for it early, and ask for a lot of it because really the first 24 hours, you don’t have a good understanding of what you truly need as far as resources go,” Lockridge said.

That help, he said, and the spirit of Smithville are what has the city almost completely back to normal.

“We estimate 98 or 99 percent of the damaged homes are completely repaired or are in the process of being repaired right now,” he said.

The police chief said because the governor last year didn’t declare a state of emergency in Smithville, they didn’t receive any state or federal funding for repairs or cleanup.

But he said thanks to a lot of volunteers and kind people, the city got back on its feet for about $80,000 — a number he called a success.