ST. LOUIS — Planned Parenthood can continue performing abortions at its St. Louis clinic for now, a Missouri commission said Friday, while the organization appeals the state health department’s decision to deny a renewal of its abortion facility license.

This is the latest in a series of reprieves that the clinic — the only one currently allowed to provide abortions in Missouri — has received in recent days as it has fought to stay open. 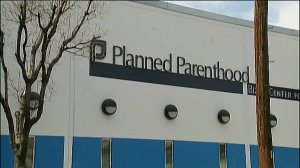 The commission, an independent hearing officer for the state, is set to hear Planned Parenthood’s appeal on August 1.

“(Planned Parenthood) has an active license that shall remain in effect for the pendency of (the) case at this commission,” Commissioner Sreenivasa Rao Dandamudi wrote in Friday’s decision.

If the clinic loses its license, Missouri will become the first state without an abortion clinic in almost 50 years.

The license renewal was rejected this month, but court orders kept the clinic open

Friday’s decision comes after Missouri Department of Health and Senior Services announced June 21 that it rejected the clinic’s license renewal.

The license rejection applied only to abortions, not the other services offered by Planned Parenthood, according to department Director Randall Williams.

The license expired May 31. A judge had granted an injunction that let the facility keep performing abortions until that June 21 decision, and then kept the injunction in place until 5 p.m. CT Friday — giving Planned Parenthood time to seek, and ultimately receive, the temporary reprieve from the state AHC.

Williams said his department did not re-up the license because Planned Parenthood failed to correct 26 of 30 deficiencies found by regulators, and abortion doctors refused to cooperate in the investigation.

Dr. Colleen McNicholas, an ob/gyn with reproductive health services at Planned Parenthood of the St. Louis Region, previously told CNN that the department is trying “to distort the safety record” of the clinic to distract from its true goal of shutting down abortions.

McNicholas said that patient confidentiality laws prevent her from discussing cases but that the St. Louis Planned Parenthood clinic had a complication rate lower than 1% among the 3,000 to 5,000 abortions it performs in a year.

“The risk of complications is incredibly low,” she said.

In May, Republican Gov. Mike Parson signed into law a bill banning abortions at eight weeks, including instances in which a woman seeks to terminate a pregnancy resulting from incest and/or rape.

The law, which includes exceptions for when a mother’s life is at risk or when she faces a serious permanent injury, is scheduled to take effect August 28.

Throughout 2019, states have mounted challenges to Roe v. Wade, the 1973 Supreme Court ruling that made abortion legal in all 50 states.

Alabama’s dispute is most restrictive in that it bans virtually all abortions and could send doctors to prison for life if they perform the procedure. That law, slated to go into effect this fall, is being challenged in court.

The president said on May 18 that he was taking daily doses of the drug, WJW reported.

LONDON — J.K. Rowling is publishing a new story called “The Ickabog,” which will be free to read online to help entertain children and families stuck at home during the coronavirus pandemic.

The “Harry Potter” author said Tuesday she wrote the fairy tale for her children as a bedtime story over a decade ago. Set in an imaginary land, it is a stand-alone story “about truth and the abuse of power” for children from 7 to 9 years old. It is unrelated to Rowling’s other books.

KANSAS CITY, Mo. -- Kansas City residents hoping to collectively celebrate a new piece of military history this June are in for some rough waters.

The public celebration of the new USS Kansas City has been canceled due to COVID-19, an official with the commissioning committee said in a statement. It was originally scheduled for June 20.