This is an archived article and the information in the article may be outdated. Please look at the time stamp on the story to see when it was last updated.
JEFFERSON CITY, Mo. — Unions from around the country are pouring money into Missouri ahead of a statewide vote that could ban mandatory union fees at workplaces, just weeks after the U.S. Supreme Court issued a ruling that dealt a blow to public sector unions.

The group fighting a ballot measure that would make Missouri a right-to-work state has out-raised its opponents by nearly $6 million over the past four months.

Formed last year in Jefferson City, We Are Missouri had already raised more than $5.4 million during the last quarter, according to reports released this week by the Missouri Ethics Commission.

But a recent flood of money from out-of-state unions from New York to California, including groups affiliated with the AFL-CIO, the International Brotherhood of Electrical Workers, and United Food & Commercial Workers, drove their haul since the beginning of April to more than $7.4 million. 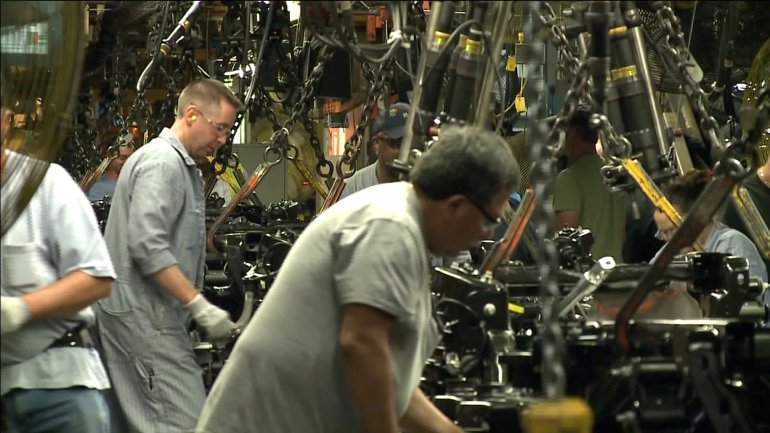 In contrast, the three groups campaigning in favor of right-to-work pulled in more than $1.6 million over the same period.

The largest donation of half-a-million dollars came from A New Missouri, the nonprofit recently accused in an ethics complaint of violating campaign finance laws while essentially functioning as an unofficial arm of former Gov. Eric Greitens’ operation. A New Missouri can shield its donors’ identities, so the ultimate source of the money is not known.

A lawyer representing A New Missouri has denied criminal wrongdoing.

“Just being able to get that information out and make their argument probably will help mobilize voters and maybe convince a few people that the opposition’s the correct one,” Squire said.

Prohibiting mandatory union fees in the workplace had long been a priority of the Republican-led Legislature, but it wasn’t until they had a Republican executive in Greitens that GOP lawmakers were finally able to pass a right-to-work law.

That measure was put on hold, however, after a union-backed effort gathered enough signatures to put the question before voters.

The election was originally scheduled for the November midterms, but during the last legislative session lawmakers moved the ballot question to August, saying businesses needed to know as soon as possible whether the law would ultimately take effect.

We Are Missouri, which wants to overturn that law, spent more than $6.8 million last quarter. Millions went to advertisements, and the group still had more than $3.7 million on hand at the end of June.

That’s more than triple of what remained with its three similarly named opponents.

Those numbers stemmed from around a dozen large donations. In addition to A New Missouri, money came from Joplin-based donor David Humphreys and the Missouri Chamber of Commerce and Industry.

During the same period the three groups spent more than $2 million on mostly behind-the-scenes work that included focus groups and an aborted effort to gather signatures for a rival ballot initiative.

All together, they had just under $1 million on hand at the end of June, but that number didn’t include an additional $450,000 one of the groups received this month for the final three weeks of the campaign.

The reported funds include in-kind contributions.

On the ballot, voters will be asked if they want to adopt “Senate Bill 19.” Voting “yes” will ban mandatory union fees. Voting “no” will overturn the right-to-work law.

The U.S. Supreme Court last month ruled that government workers who choose not to join a union cannot be charged for the cost of collective bargaining. The ruling is expected to reduce the amount of dues public sector unions collect across the country.

ALBANY, N.Y. (NEWS10) - New York Senate Majority Leader Andrea Stewart-Cousins has called for Governor Andrew Cuomo's resignation. The Democratic senator had previously said she thought the Governor should resign if any additional allegations were made.

Two additional allegations of impropriety emerged against the Governor on Saturday, bringing the total to five.

Police responded to the incident just after 8 a.m. in the area of 135th and Post Drive. Officers learned an unknown male suspect had been attempting to steal a nearby unoccupied running Ford Ranger when the owner attempted to intervene.