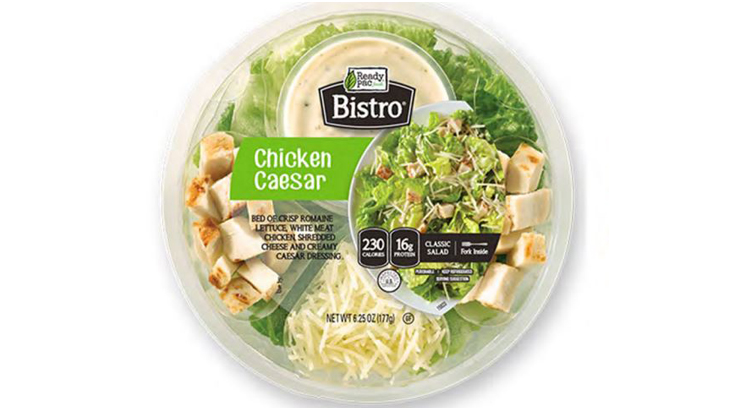 ATLANTA — After an E. coli outbreak infected at least 17 people, a food company has decided to recall about 75,233 pounds of salad products.

Missa Bay, LLC said that the lettuce in these products, which also contain chicken or other meat, could be contaminated.

Public health officials will keep investigating the E. coli outbreak that has infected at least 17 people in eight states, the US Centers for Disease Control and Prevention announced Wednesday.

The cases, which include seven hospitalizations, have cropped up in Arizona, California, Colorado, Idaho, Maryland, Montana, Washington and Wisconsin, according to the CDC. No deaths have been reported.

Two of those hospitalized have developed a type of kidney failure — hemolytic uremic syndrome — known to be associated with this particular type of bacteria, E. coli.

The bacteria produces a toxin that causes symptoms such as bloody diarrhea, vomiting and stomach cramps, typically within several days of swallowing the bug.

Usually, this is resolved within a week, but sometimes it can get worse and last longer.

While patients in Maryland report having eaten Ready Pac salads, those in other states have not.

The CDC recommends that people not eat or sell this particular product with a “Best By” date of October 31.A statement Wednesday from Bonduelle Fresh Americas said the salad being investigated is Ready Pac Foods Bistro Chicken Raised Without Antibiotics Caesar Salad 2/6.25oz, lot no. 255406963, UPC# 7774527249.

It was sold only at Sam’s Club, the company said.

“We continue to work with all regulatory agencies to trace the origin of this contamination as quickly as possible to reduce potential impacts to consumers,” the company said in its statement, adding that it tests all of its leafy greens and did not have any positive test results for E. coli O157:H7 during the timeframe.

The CDC is still investigating to see whether other products may be connected to the outbreak.

WASHINGTON (NEXSTAR) -- If you were betting political gridlock centered around the November election would come to an end after Americans went to the voting booth, you lost that bet.

Nearly a month after voters decided the next president, Congress is no closer to finding common ground on coronavirus relief or getting new direct payments to Americans.

The schools were closed less than two weeks ago after the citywide rate of coronavirus tests coming back positive exceeded a 3% benchmark agreed to by the mayor and teachers' union. De Blasio said the 3% benchmark was being scrapped/