LEE’S SUMMIT, Mo — A midnight check on a fire alarm led to Lee’s Summit firefighters working to save the International Children’s Academy at 905 SE Douglas. Fire crews were called to the business to investigate the automatic fire alarm. When they arrived the saw smoke coming from the roof of the building and immediately requested additional crews to battle the working fire.

Crews entered the building and located the fire in space between the ceiling and the roof. As the smoke and heat built up inside the structure the decision was made to pull all of the firefighters out of the building, fearing a roof collapse. Just after the evacuation from the building the fire burned through the roof. They were able to extinguish the fire, but the building and the property inside were badly damaged. 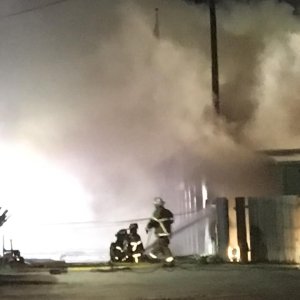 The investigation into the cause and where the fire started is being handled by the Missouri State Fire Marshall’s office.