PARKVILLE, Mo. — If Parkville Mayor Nan Johnston has her way, the Arabia Steamboat will return to where the doomed ship went down in the Missouri River in 1856.

“It sank in Parkville, and we’d like to have to have it back,” Johnston said.

The unearthed shipwreck and its vast collection of cargo has had a home at the Arabia Steamboat Museum in Kansas City’s River Market since 1991.

Museum founder David Hawley, along with his brother and father, defied the odds when they excavated the Arabia from a cornfield in Wyandotte County in 1988.

Because the Missouri River shifts, over time, the spot where the Arabia was pulled from a cornfield in Wyandotte County was Parkville’s riverfront in 1856.

Now, Hawley is looking for a new home for the Arabia.

Last week, Hawley told FOX4 that he’s hoping to move his collection to a proposed museum of Missouri steamboat history in Jefferson City. The ambitious, $100 million vision needs the approval from Missouri lawmakers to create a “Steamboat Legacy Fund.”

Johnston is also pushing for the proposal to pass — with one exception. She’s pushing to put the new museum in Parkville.

“I think if this a statewide funded, state-owned museum, there should at least be a competitive process involved,” she said.

Johnston said she has had discussions with the Hawley family, and if it can be worked out, she has a location picked out for the museum in Parkville. 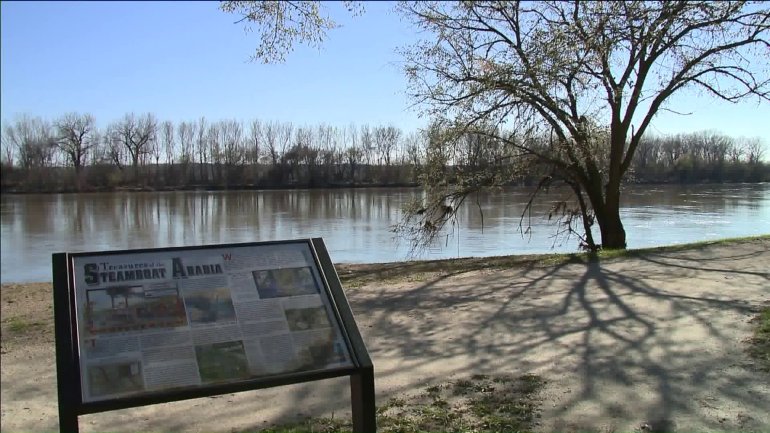 “I can’t speak publicly about it yet, but it would be on a really nice spot overlooking the Missouri River at the very spot that it sank, so you would be able to see exactly where it sank,” she said.

Johnston believes the museum would have a profound impact on Parkville’s economy.

“Currently I think they have about 80,000 visitors per year, and that would be huge for Parkville. And I imagine it would be a lot more than that when they dig more boats and the museum expands,” she said. “So yes, we’d love to have the opportunity.”