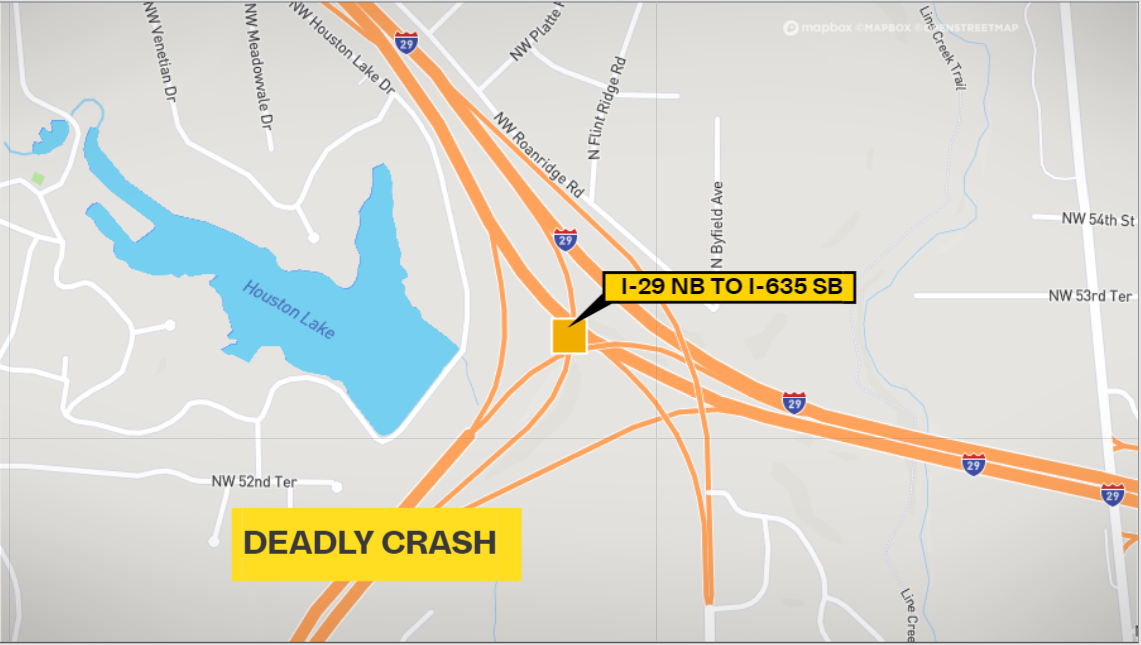 KANSAS CITY, Mo. — A passenger in a car has died after a wrong-way crash in the Northland.

Investigators say a driver was going the wrong way from I-29 on to I-635. The driver crashed head-on into a pickup. A passenger in the car died; the drivers of both vehicles were rushed to the hospital, but should recover.

The passenger who died has not been publicly identified; investigators are trying to determine if the car driver was impaired at the time of the crash.