KANSAS CITY, Mo. — Thousands of fans have been packing into Power & Light, and thousands more in the metro have been watching the matches on FOX4.

Kansas City is focused on the U.S. Women’s National Team’s march into the World Cup final on Sunday after a 2-1 win over England on Tuesday.

With all this excitement comes an effort to bring some upcoming Men’s World Cup matches to Kansas City.

Fans in Kansas City have proven their love for the beautiful game, and now, David Ficklin said he’s hopeful it will pay off. The organizer of KC 2026 said he’s worked for years to bring the World Cup to the metro. 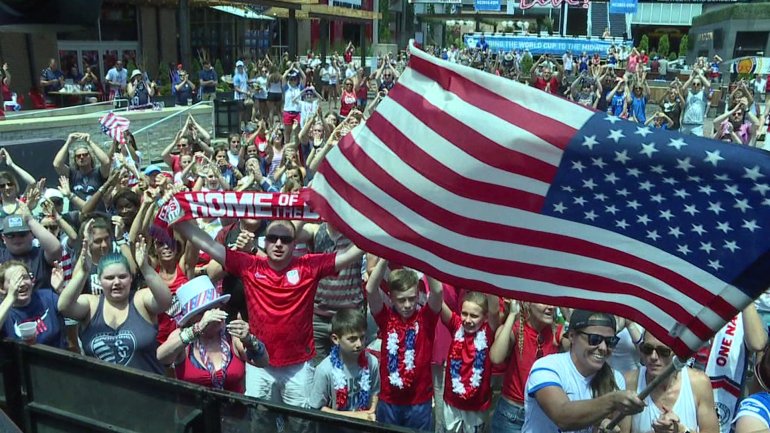 Cities that win this World Cup soccer sweepstakes could expect to host six matches apiece, likely played by teams from across the globe.

He said he wants to gather 150,000 signatures as a start — to show FIFA that Kansas City wants to be one of 10 host cities in seven years.

“A lot of people don’t know how true Kansas City is,” Ficklin said. “Here’s a way to show them.”

“We may be in the middle of the country but we love the game, and we’re showing more than the big cities on the coasts,” Ficklin said. “When FIFA and US Soccer want to understand who are the right venues in 2026, this is one way to show them we are the right choice.” 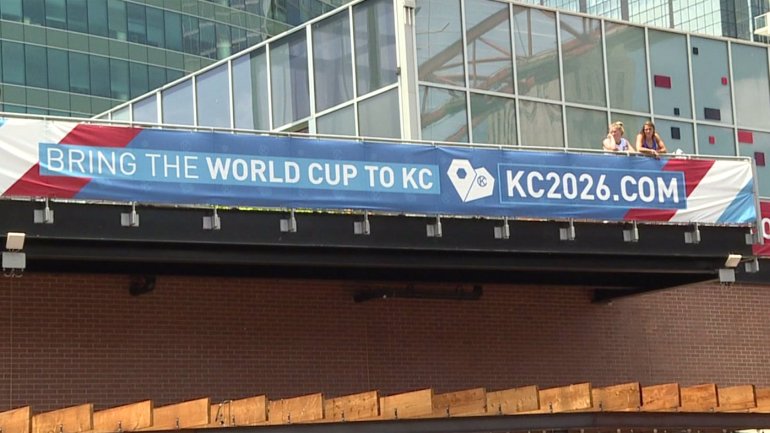 Fans cheering for Alex Morgan and the U.S. women believe their city is perfect for a worldwide pitch.

“I would hope that if it comes to Kansas City in 2026, we would be able to show that we’re not only the center of the United States of America, but of the world,” Deann Kinsch said. “We have the best fans. We can host better than any other nation.”

“We have such a rich youth development between the academy affiliates and Sporting Kansas City,” Spencer Sward said. “I think it would have a big turnout.”

Ficklin likens a World Cup event in the metro as being like a Super Bowl — times six.

He said bringing a Men’s World Cup match here will ensure more than $600 million in local money — and the eyes of the world on this soccer crazy city.

The Women’s World Cup final is set for Sunday, airing on FOX4. The U.S. will face the winner of the semifinal match between Sweden or the Netherlands.

FOX4 will get you ready for the match from 7-9 a.m. FOX’s national coverage begins at 9 a.m. with the match beginning at 10 a.m.

JOPLIN, Mont. (AP) — A team of investigators from the National Transportation Safety Board was at the site of an Amtrak derailment in north-central Montana that killed three people and left seven hospitalized Sunday, officials said.

The westbound Empire Builderwas en route from Chicago to Seattle when it left the tracks about 4 p.m. Saturday near Joplin, a town of about 200.

KANSAS CITY, Mo. -- There is concern among Chiefs players and fans for head coach Andy Reid after he left Arrowhead in an ambulance following Sunday's loss to the Chargers.

He did not feel well leaving the field and special teams coordinator Dave Toub stepped in to handle the post game news conference, according to the organization.

KANSAS CITY, Mo. (AP) — The Chargers capitalized on four Kansas City turnovers, including Patrick Mahomes' second interception in the closing minutes, and Justin Herbert's touchdown toss to Mike Williams with 32 seconds to go lifted Los Angeles to a 30-24 victory over the Chiefs on Sunday.

Herbert finished with 281 yards passing and four touchdowns without an interception, outdueling Mahomes in a matchup not only of two of the game's best young quarterbacks but two teams expected to compete for the AFC West title.

COVID-19 vaccine exemptions: Where do different religions stand on vaccinations?

Fall means more deer on the road: 4 ways time of day, month and year raise your risk of crashes

Tempted to take expired medicines? Here’s what you need to know

These are the best pumpkin patches in the U.S.