RIDGLEY, Mo. — The Platte County Sheriff’s Office is investigating two suspicious deaths after a man and a toddler were found dead inside a vehicle Sunday morning.

Authorities received a call shortly before 7 a.m. regarding a vehicle fire near the 2000 block of B Highway, north of Ridgley, Missouri. The caller told authorities they could see human remains inside the vehicle.

Officials said the vehicle had been burning for several hours before fire crews arrived on scene.

The Missouri Fire Marshal’s Office is helping the sheriff’s office with the investigation. The deaths are being called suspicious at this time.

FOX4 will continue to update this story as new information becomes available. 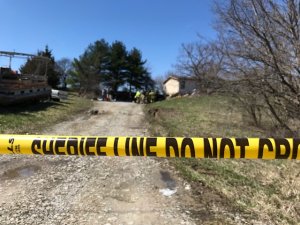