NORTHMOOR, Mo. -- A pursuit and search for a suspect after a shooting incident that involved the suspect and an officer is over after it reportedly forced people in the area into lockdown. A police spokesperson told FOX 4's Sean McDowell that the officer-involved shooting happened during a routine traffic stop at the intersection of NW Vivion Road and Waukomis Drive.

He adds that just before 7 p.m. the suspect involved was caught, the Missouri Highway Patrol confirming the arrest, which was one of many agencies that assisted in the response and search. Police say the trouble began when he tried to pass a bad check at a nearby pawn shop.

Riverside police were assisting the small police force in Northmoor. Police had said that the suspect was bleeding, but didn't say if that injury was due to the shooting. We've heard no reports of injured officers at this time.

A viewer who called FOX 4 said shoppers in the strip mall at 2300 Vivion Rd. were told to stay put while the area was blocked off, as indicated in the picture below. The strip mall contains businesses such as Disc Golf, China Gourmet, DJ Nails, The Runaway, Hookah Lounge, and a 24-hour coin laundry.

FOX 4 is still at the scene gathering information, refresh this page for updates. 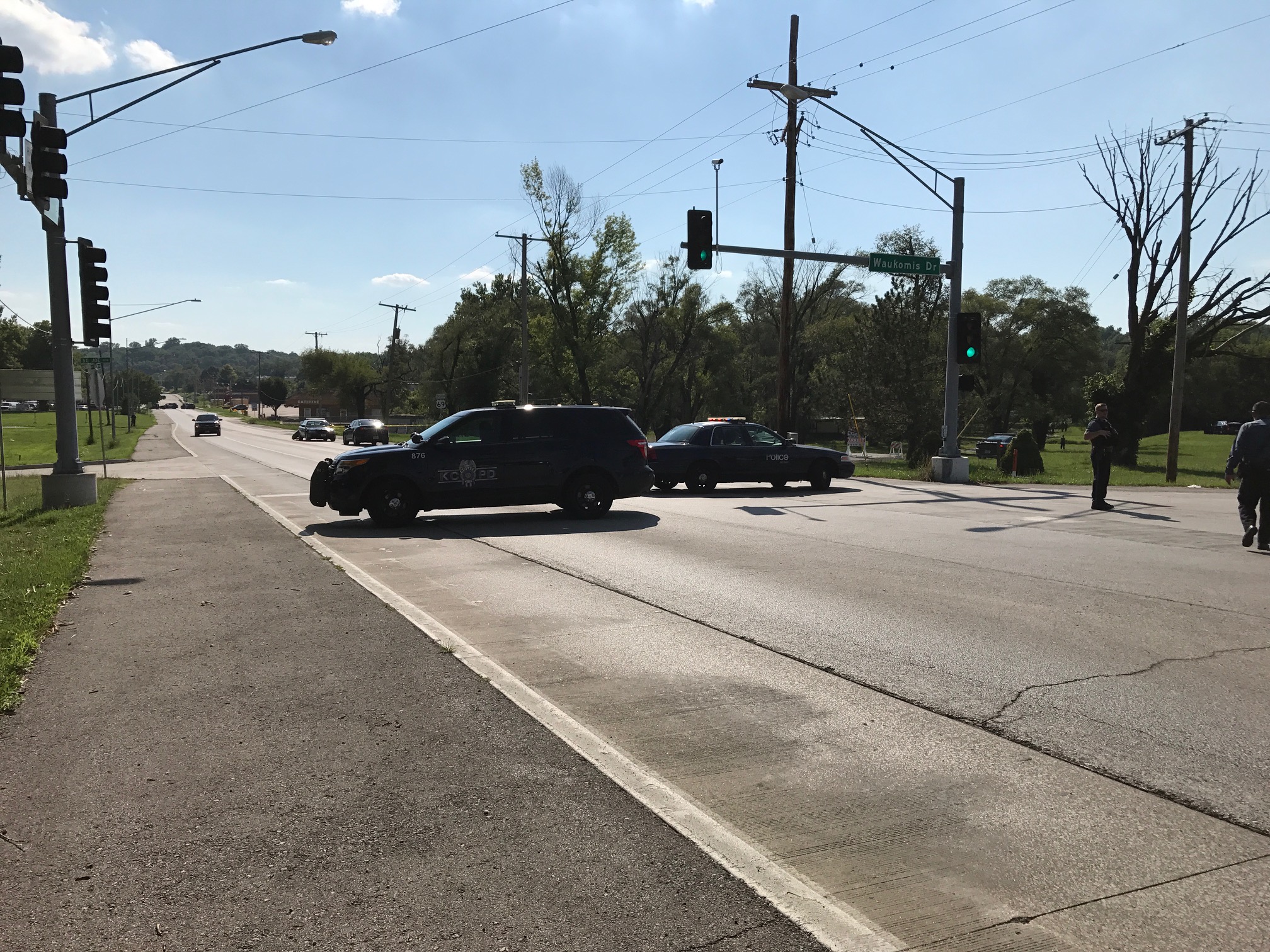 ST. LOUIS - NASA is keeping tabs on a massive asteroid that’s coming closer to Earth each day. The space agency has an asteroid watch section of its website showing the next 5 approaches, which are all in the next few days.

The largest is estimated to be 1,100 feet wide, approximately the size of a football stadium. That one, named 2002 NN4, would come the closest to Earth on June 6. However, scientists don’t expect there to be a collision on Earth. It’s closest approach will be 3,160,000 miles from Earth.

WASHINGTON D.C. -- The United States should have 100 million doses of one candidate coronavirus vaccine by the end of the year, Dr. Anthony Fauci, the director of the National Institute of Allergy and Infectious Diseases and a member of the White House Coronavirus Task Force, said Tuesday.

"Then, by the beginning of 2021, we hope to have a couple hundred million doses," Fauci said during a live Q&A with the Journal of the American Medical Association.

OKLAHOMA CITY — Video of an Oklahoma detention officer who quit when he wasn't allowed to take a knee with protesters has gone viral on social media.

"Take my badge, and I won't come back,” the unidentified officer said.