KANSAS CITY, Kan. — Police still need the public’s help in a cold case from 20 years ago.

Boomer was a patron of Uncle Mike’s Bar at 49th and Metropolitan in Kansas City, Kansas. Witnesses told police an altercation unfolded in the bar. The fight involved Boomer and a man with a criminal history and known violent behavior, particularly toward women.

Boomer allegedly fell to the ground, causing her to lose consciousness. Witnesses say two men carried her out of the bar. She hasn’t been seen or heard from since.

She told FOX4 back in 2012 that Pernice treated her daughter’s injured arm following the bar fight, before other men dragged her out of the venue.

Pernice is serving time now for killing his wife, Renee Pernice, in January 2009. He pushed her, and she died from the fall.

He previously worked as a paramedic for the Independence Fire Department. It took him three years before he went before a Clay County judge and admitted he was responsible for his wife’s death. There was hope during his trial that he might shed some light on Boomer’s case.

Boomer was 39 years old with a young son. There is a headstone for her but no grave. Her family is hoping she or her remains will be found and there will be some closure.

Two men were originally charged in the case, but prosecutors eventually dropped the charges because witnesses were scared and unwilling to cooperate.

According to the Kansas Bureau of Investigation website, “Investigators believe several individuals may have knowledge and information to help solve this crime.” At this time, there hasn’t been enough evidence to proceed with an arrest or prosecution. 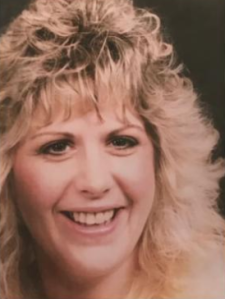