RAYTOWN, Mo. — A Raytown mother called police to arrest her 30-year-old boyfriend, whom police say she caught on a hidden camera sexually assaulting her six-year-old daughter.

Joshua Bibby, 30, is charged in Jackson County Courts with sexual exploitation of a minor, afte 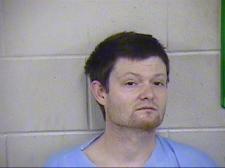 r police say he created child pornography by taking a picture of the naked genitals of a child.

According to the probable cause statement, police went to the mother and boyfriend’s house at approximately one a.m. on Sunday, after the mother called them to report she had hidden a camera in her daughter’s toy and had just seen Bibby pull down her daughter’s underwear and take pictures of her genitals.

“She just had a weird feeling,” said the mother’s friend, who didn’t want to be identified. “We hoped nothing was happening. We hoped we wouldn’t find anything.”

After placing the camera in her daughter’s room with a clear view of the bed, the mother and her friend left the home, claiming they had to run an errand. They told police they actually wanted to see if Bibby would go into the victim’s room.  She says that’s what happened within just a few minutes. The mother and her friend reported to police that they saw Bibby taking pictures of the victim’s private area. She took screenshots of the hidden camera pictures on her phone and called police.

Bibby did not talk to police when they tried to question him.  Bond was set at $200,000, and he is due back in court on June 1, and was ordered to have no contact with children in the meantime.

“He can’t deny it. That’s the one thing everybody keeps saying. Because we had the nanny cam we have evidence. So, I guess that’s one thing we can take away from it,” the mother’s friend said.

Disney on Monday announced major changes to its upcoming film release schedule for 2022, including the delay of several films.