KANSAS CITY, Mo. — A Kansas City man left for a morning walk Wednesday, and several minutes later he was the center of a homicide investigation.

Kansas City police said the man was shot and killed when he interrupted someone attempting to break into his vehicle.

The deadly shooting happened just after 7 a.m. near Charlotte and Linwood. The victim was identified as 51-year-old Ricardo Ortiz.

Police say Ortiz saw a man trying to break into his car. When he tried to stop him, they say the man shot Ortiz.

Investigators said it’s unclear if the person was trying to steal the car or just trying to get inside. 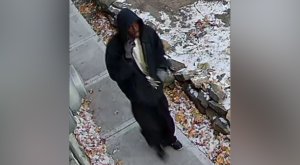 Now police have released a photo of a man they’d like to speak with about the deadly shooting. Anyone who recognizes the man is asked to call police.

OLATHE, Kan. -- With public pools and spraygrounds closed in many areas throughout the metro, people are looking to bring the fun into their own backyards.

BLUE SPRINGS, Mo. -- Blue Springs police have issued a Silver Alert on Monday for a missing 79-year-old woman with dementia. Joel Yale was last seen Monday afternoon in the 900 block of N.E. Sunnside Lane in Blue Springs, driving a black, 2011 Ford Focus with the Missouri license plate HE12W. Police do not know what direction she was headed. She was wearing a black, long-sleeved shirt, jeans and wire-rim…