RAYMORE, Mo. — Bradick Barrett served two tours of duty in Iraq, but it was only after he was back home in Missouri that his sisters started fearing for his safety.

“He’s completely reliant for his every need,” his sister Aylica Beach said, referring to the traumatic brain injury he suffered after being hit by a car in Kansas City.

Because he needed round-the-clock care, his family moved him to Redwood of Raymore, a long-term care facility.

Beach said his care there has declined after the nursing home was bought by a new company. She said her 34-year-old brother’s needs are often ignored.

Twice when she visited his bed had been urine soaked for so long that his sheets had rings of dried urine surrounding the wet part. 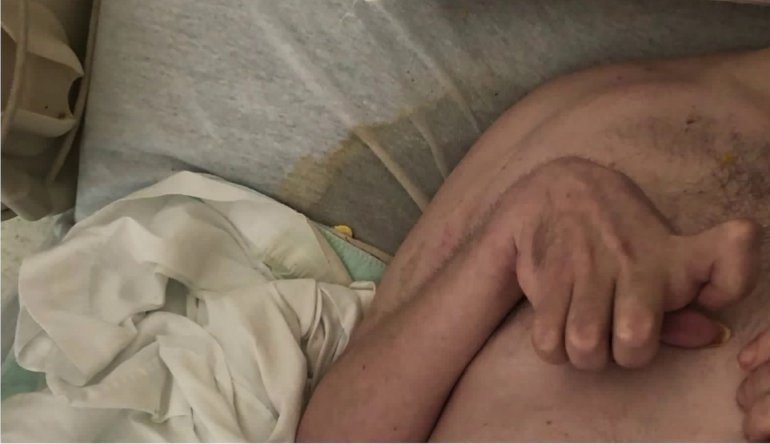 “You could smell the stench before you made it to his room,” Beach said.

She said when she visits him he’s never dressed (naked except for a diaper) even though he has a closet full of clothes.

His younger sister Alexis was so alarmed she called FOX4 Problem Solvers.

“Every time we would complain to higher ups, nobody would do anything,” Alexis said.

The disturbing conditions are part of a pattern FOX4 Problem Solvers had found at nursing homes all owned by the same company — OPCO CA Skilled Management.

According to Nursing Home Compare, three of the homes only rated a single start out of five possible.

“I can’t sleep at night because I’m wondering how he has to live,” she said. “This is a man who fought for our country, and these are the conditions that he’s stuck with.”

Last year a wrongful death lawsuit was filed against the same Raymore nursing home after a frail 70-year-old woman fell twice. Her frustrated family transferred her to another nursing home where she died a month later. The family blames both homes for her death, according to the lawsuit.

The most recent state inspection on file shows the Raymore home has 23 violations. That’s about three times the national average.

Among the findings: Not enough staff, some patients were only bathed about once a month, FBI background checks weren’t done on employees, pain medication wasn’t being administered and some patients were left to linger in bed for hours.

The Redwood nursing homes in Carmel Hills and Kansas City saw violations double after the new company came on board. Last year, FOX4 reported that problems at the Independence home were so numerous that the feds threatened to withhold Medicaid funding if they weren’t fixed.

“What we have is an epidemic problem,” said Kansas City attorney Scott Shachtman who has sued multiple nursing homes and is representing the family of the woman who died shortly after leaving Redwood of Raymore.

Although Shachtman wouldn’t talk about that case, he did speak about problems in general with nursing home care.

“The problem is that these nursing homes often times are run with limited budgets, limited people, limited staffing, limited equipment and what that equates to is people getting hurt,” Shachtman said.

He said a broken hip or a bed sore may not sound serious, but for an elderly person it can be a death sentence.

“Within a month their body has declined to the point of not being able to survive,” Shachtman said.

Jim Kooken, an administrator at Redwood of Raymore, told FOX4 he’s made significant changes since taking over eight months ago.

He said he had investigated claim the sisters had made regarding their brother’s care and could not substantiate them. He also said the nursing home had problems long before the company he works for bought it.

“They inherited a lot of problems,” Kooken said. “Slowly but surely we are making things better.”

Kooken said he’s fired unqualified staff, instituted training programs for others and increased started pay from $12 to 13 an hour.

He said a recent state inspection found only 11 violations — closer to the national average. Kooken also insisted that the company is one of the better for-profit chains he’s ever worked for.

But a study reported in Medicare Advocacy found that the worst nursing homes in the nation are for-profit nursing homes. They have lower staffing levels, a higher number of violations and more patient injuries that nonprofit homes.

Beach is trying to move her brother to a nonprofit home, one operated in Warrensburg by the state of Missouri for veterans — but there’s a waiting list.  She said she won’t give up trying to get him moved, no matter how long it takes.

“When I was talking to him the last time I was there about his conditions and promising him I would get him out of there, he stated crying,” she said.

FOX4 contacted the veteran’s home on behalf of Beach’s brother, but no one would comment on his position on the waiting list because of privacy concerns.

‘I am safe, I am loved’: Detective adopts boy who …