More than two dozen people call it home, but it’s overflowing with trash, crime and squatters.

“Last year it started getting bad, bad, bad,” said Eva May Renaut, who lived here 11 years until her trailer burned down a few weeks ago.

Now she returns only to feed her cats who aren’t allowed where she’s temporarily living. She said she’s glad to be gone from Stonecroft.

“We have stolen cars,” Renaut said. “We have drugs. We have it all.” 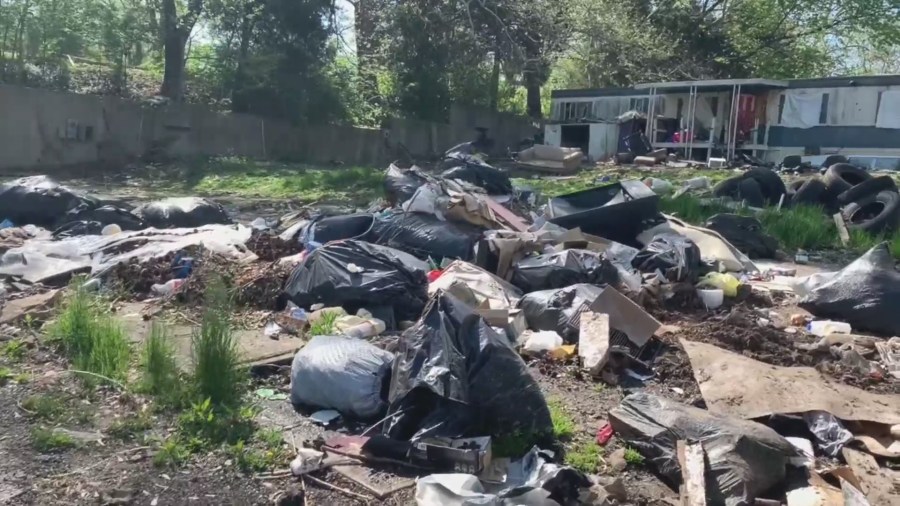 Alan Ashurst, a Kansas City codes inspector in charge of illegal dumping, said the mobile home park is costing taxpayers tens of thousand of dollars to fight fires and crime.

“As far as drains on city resources this is probably right up there in the top five,” Ashurst said.

The week before FOX4 interviewed Ashurst there were two fires at Stonecroft. It costs taxpayers a minimum of $6,000 to respond to each fire. Last year, the fire department made 100 visits here — although not all were for fires.

“I want the people who are responsible for this property to be held responsible,” Ashurst said.

Stonecroft is owned by the Boavida Group, based nearly 2,000 miles away in Sacramento, California.

When Boavida bought this park on 4900 Raytown Road 13 months ago, it made the city big promises of cleaning it up, rebuilding it and making it safe again.

The city believed them. 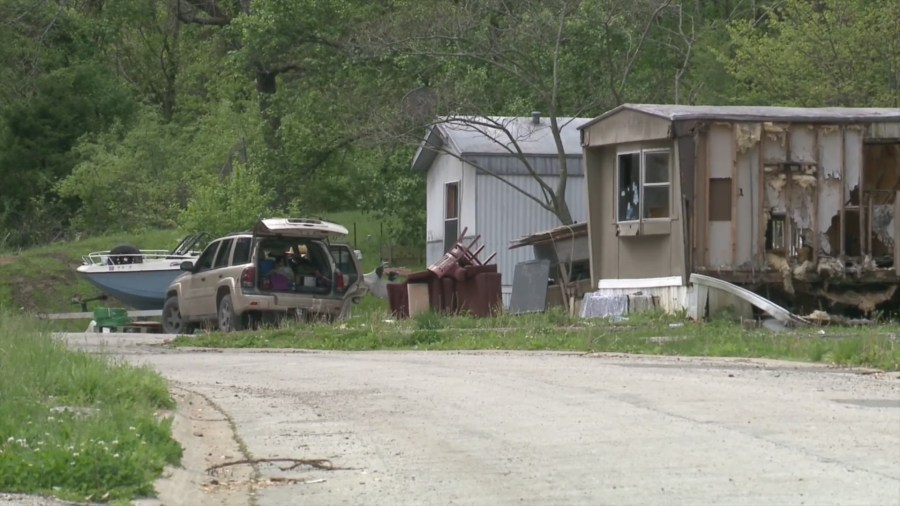 After all, the Boavida Group owns manufactured home parks across the United States, including a second mobile home park in Kansas City on Blue Ridge Boulevard.

FOX4 tried to reach someone at that park, but a sign on the office door said it was closed due to the coronavirus.

We tracked down the company’s owner, Eli Weiner, by phone at his home in Sacramento.

Weiner, who paid nearly $1 million for Stonecroft, said he’s working hard to improve the park. He’s cleared 50 trailers from the property and given cash incentives for tenants to leave.

But city officials said they haven’t seen Boavida do much of anything in at least six months.

Boavida’s owner blamed the coronavirus. He said at least 24 eviction orders have been filed with the courts, but couldn’t be served because of the virus. We checked court records and couldn’t find a single eviction on file.

Add to that no on-site manager, no security and no garbage pick-up and you can see why city officials like Ashurst have lost their patience.

Tired of waiting for Boavida to take action, the city has started posting notices on run-down trailers — mostly filled by squatters — demanding they vacate the premises for health and safety reasons.

“You cannot live here without running water or a flushing toilet in the stated condition that it’s in,” Ashurst told one man before posting a notice on his trailer preventing him from continuing to live there.

That day, city workers found people living in six trailers without electricity and a seventh trailer with neither electricity nor water.

During a pandemic, that’s scary. 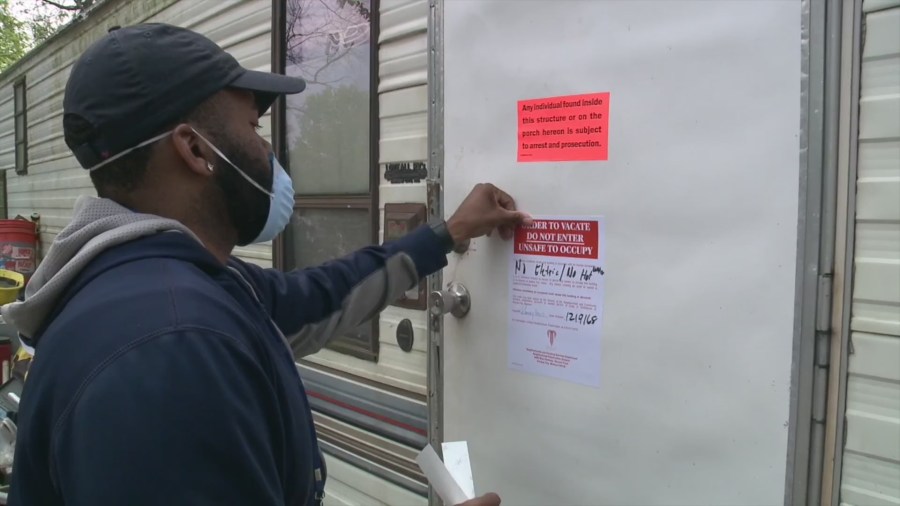 That pressure, along with FOX4’s camera, seemed to finally get the owner’s attention.

The day we were there, Boavida sent a man from its Wichita office to tour the property with the fire department. He wouldn’t talk to us but was constantly on the phone with his bosses in California.

At the end of the day, there appeared to be progress.

The company promised that very week it would start cleaning up the place, removing dilapidated and burned out trailers and rebuild the entry bridge to the property, which is in such bad shape that when a fire breaks out, firefighters can’t even bring their truck inside.

FOX4 checked back a few days later, and Boavida appeared to be keeping its word.

The gas company had started removing its meters, trailers were marked for demolition and a private security company was roaming the property.

It seems to be progress toward eliminating one of Kansas City’s biggest eyesores.

KANSAS CITY, Kan. – One of the greatest tragedies of the coronavirus crisis is the toll it has taken on the elderly. In Kansas, one in five deaths occurred at a single long-term care facility: Riverbend Post Acute Rehabilitation Center. Okey Long was one of Riverbend’s 36 victims. He was sent to Riverbend in March to recover from a seizure. His family expected him back home in a month. He…

BRANSON, Mo. -- From crowded theaters to crowded amusement parks to crowded restaurants, Branson is a town built on volume, and that could be a liability in the age of coronavirus.

“Our business has never experienced anything even close to this,” said Sheila Dutton, as she stood in the now empty Dutton Family Theater.