KANSAS CITY, Mo. -- The Jackson County prosecutor filed manslaughter charges Monday in connection with the death of 9-year-old Aaron Shanklin who died after a crash on July 12.

But on Friday, two days after the crash, Aaron Shanklin passed away as a result of injuries, so Baker upgraded the charges against Cottonham of Grandview to Involuntary Manslaughter in the 1st Degree.

According to court records, Cottonham was in a vehicle in the area of 55th and Woodland Avenue when a marked police vehicle attempted to pass him in order to respond to a call for service. A witness told police that Cottonham believed police were trying to pull him over. So the defendant fled, pulling ahead of the patrol car, until he wrecked at 51st and Woodland. 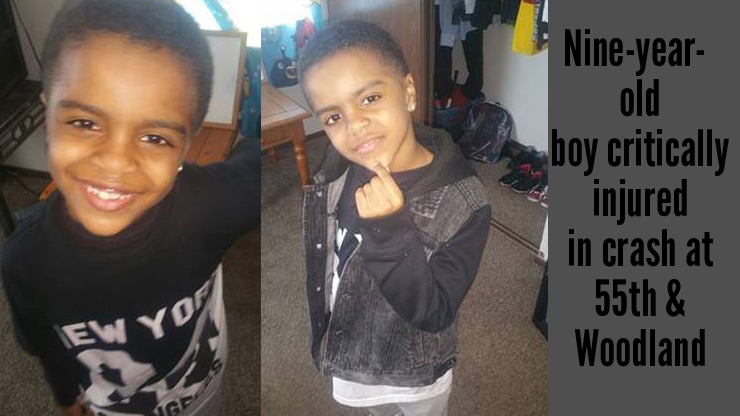 Police say Cottonham drove at excessive speeds and ignored traffic signals, until he crashed into the vehicle, injuring three, including Aaron Shanklin who was a rear passenger. Cottonham got out of the vehicle and fled. A witness also reported seeing men carrying guns leave the vehicle that the defendant was driving.

"He had overcome so much and worked so hard in his nine years already. If you didn't know he would just be the typical little kid running around you wouldn't have a clue," said Megan Williams, Aaron's aunt.

Three others were injured in the crash. Family says Aaron's mother and her unborn child are okay after the wreck. Cottonham has prior offenses, including fleeing from police in 2015.

JEFFERSON CITY, Mo. -- Missouri Governor Mike Parson will hold a news conference Monday at 2 p.m. to address the recent protests and civil unrest across the entire state. During that news conference, he's also expected to announce how COVID-19 has impacted the state's budget. The following individuals will all be present at the news conference: Department of Elementary and Secondary Education Commissioner Margie Vandeven Department of Higher Education and…

WASHINGTON — U.S. officials sought to determine Sunday whether extremist groups had infiltrated police brutality protests across the country and deliberately tipped largely peaceful demonstrations toward violence — and if foreign adversaries were behind a burgeoning disinformation campaign on social media.

KANSAS CITY, Mo. — Kansas City police have identified a woman killed early Saturday in the shooting of three people downtown. Destiny Smith, 20, was killed in the shooting, police said Monday in a news release. Police were called to the area around 3:30 a.m. for a report of shots fired. Arriving officers found Smith dead and another woman and a man critically injured by gunshots. Police spokesman David Jackson…

Necco Wafers are headed back to store shelves

Necco Wafers are headed back to store shelves