LEE’S SUMMIT, Mo. — There’s a citywide celebration of sorts in one metro town.

All three public high schools in Lee’s Summit are taking part because each of their First Robotics teams just returned from competing in the First Robotics World Championships in Texas.

There, leaders from the engineering industry watched their collaboration on projects like the robot the Lee’s Summit High School kids built, which is meant to do work on a would-be rocket project. 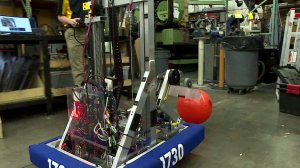 At Lee’s Summit High, the First Robotics team is known as “Team Driven.” That club’s students built the high-functioning robot in six weeks, often working late into the night, in order to show it off at the national contest.

Students in this school district said their First Robotics teams are bringing home hardware — championships at the local and regional levels — because their instructors stress the long-term benefits of learning STEM skills. 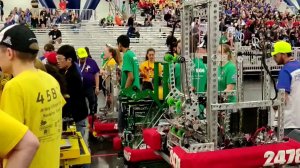 “This is beyond cool,” Andrew Phipps, a junior at Lee’s Summit West High School, said Thursday.

“This is the epitome of what most engineering kids would want to do in high school. Being on a First team, I get to do everything I would do in the industry as an engineer. I get to build things and design things of my own making.”

West High’s team is known as “Team Titanium,” and 83% of its members plan to pursue a career in an engineering-based field, including senior Kathleen Brenneke.

“Those six weeks are the most jam-packed six weeks of my entire life. Some kids are at the shop until midnight and then back at school at 6 a.m. We put a lot of work into it. It’s nice to get that reward out of it,” Brenneke said.

One student commented that the real joy in this accomplishment from working together. 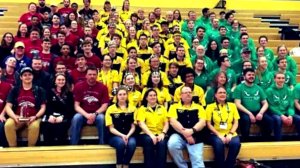 All three First Robotics teams have separate shop space at the same facility, which is located just behind Lee’s Summit High School, and they cheer for each other’s successes.

Overland Park has a world champion to exhalt in the Cobalt Colts, a First Robotics team that represents the Blue Valley School District. The team’s leader said its young engineers built a robot that also competed in the same world competition in Texas.

BALTIMORE — President Donald Trump honored America’s fallen service members on Monday as he commemorated Memorial Day in back-to-back appearances in the midst of the pandemic. “Together we will vanquish the virus and America will rise from this crisis to new and even greater heights," Trump said during a ceremony at Baltimore’s historic Fort McHenry. “No obstacle, no challenge and no threat is a match for the sheer determination of…