The woman, a nurse with Saint Luke’s East in Lee’s Summit, was seen on Facebook wearing blackface, dressed as Beyonce. The man next to her is dressed as Jay Z. 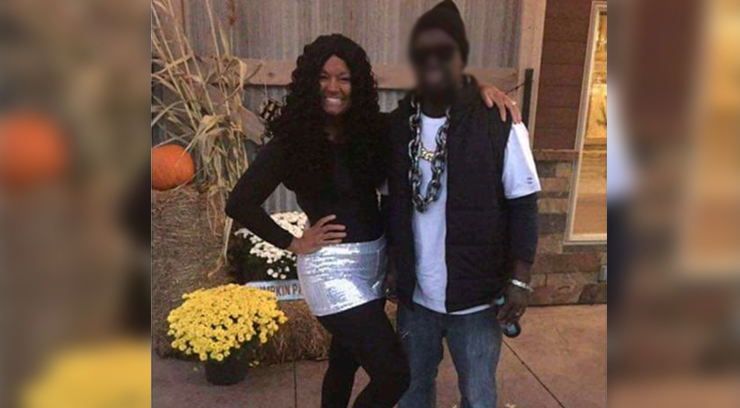 A picture of the same woman from 2009 shows her dressed up as another member of Destiny’s Child.

Saint Luke’s said that it learned about this Monday and immediately started an investigation. On Tuesday, the hospital announced the nurse no longer works there.

“On Monday afternoon, Saint Luke’s Health System became aware of a Saint Luke’s East Hospital employee who posted photos on personal social media accounts of her and another individual dressed in blackface for what appears to be a Halloween event. This information was shared with appropriate health system personnel and an investigation was initiated immediately. While it is against Saint Luke’s policy to comment on specific personnel matters, we can confirm that this individual is no longer a Saint Luke’s employee. Saint Luke’s is deeply committed to our culture of diversity and inclusion. It is fundamental to who we are as an organization and we vigorously protect it on behalf of all our patients and employees and expect those who represent us to do the same.”

Many in the local academic community said this should be used as a teachable moment. Historically, blackface was used to perpetuate negative stereotypes of  African Americans.

“The fact that this racist behavior persists is simply an indication that our racist history is not passed, basically,” said Matthew Osborn, an associate professor of early American history at UMKC. “African Americans, in our history have been the most exploited, most marginalized group and yet African culture is inseparable form American popular culture. It`s at the heart of popular culture, music, sports, theater and film. That is something about American society and culture that we haven`t really come to grips with. Why is it that the racial divisions that exist here in Kansas City exist while we all enjoy so much of African American culture?”

Osborn blackface started in the 19th century in American theater.

“It involved white men donning blackface and performing exaggerated caricatures of African American characters,” he said. “It was meant to denigrate and lampoon African American people often in settings that were meant to show black people in a position of servitude.”

Makini King, a psychologist in the UMKC Department of Diversity and Inclusion, said the photo of the nurse should encourage people to get to know each other better and to educate themselves on our nation’s history.

“You risk diminishing an entire group of people, usually a very complex group of people, down to really what we think of as very stereotypical items,” King said. “It can`t just be punish and then the conversation is over. There has to be the back and forth, the learning that takes place. That`s uncomfortable, but I feel like that`s one of the ways that we get better.”