KANSAS CITY, Mo. -- Jackson County prosecutors filed a first degree murder charge against a 14-year-old boy on Thursday, he's the second juvenile who will be tried as an adult in the November 1, 2015 killing of Tanya Chamberlain. 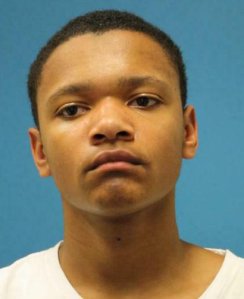 Joshua Trigg faces the murder charge in addition to armed criminal action and first degree robbery along with alleged accomplice Trevon Henry, who is now 15.  Trigg and Henry are accused of repeatedly stabbing Chamberlain and killing her at a Lee's Summit car wash in the 900 block of Northeast Langsford Road.

She was a stranger to the suspects before the alleged attack, and they're accused of stealing her car after she was stabbed to death.

Court documents describe that the suspects were seen on surveillance video both at the car wash and a nearby Hy-Vee, the footage from the grocery store was later distributed to the media. 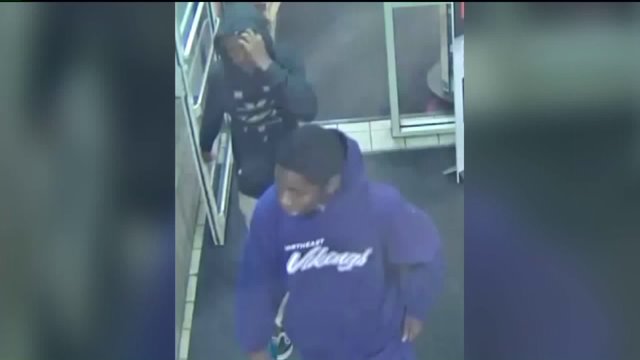 A probable cause statement says that a woman who recognized the suspects called police on November 3 and identified them by name.

Police arrested Henry on November 4, and took him to the Lee's Summit Police Department. While he declined to speak to investigators during a recorded interview, he did ask to speak with his mom. The probable cause statement says that while much of their conversation was inaudible, investigators were able to summarize the following:

When Trigg was arrested on November 4 and interviewed, he agreed to speak with investigators. Court documents say he described in detail about how Henry planned to stab Chamberlain in order to steal her car. He then said he saw Henry stab the victim multiple times, cutting her throat in the process.

A DNA analysis returned in April showed matching profiles between Chamberlain, the alleged murder weapon found in the car, and items of clothing each of the suspects were seen wearing in surveillance video, and later found by officers during the execution of search warrants.

Prosecutors have requested a $250,000 bond for Trigg, online records show no court dates for him yet.

Henry is being held on a $250,000 bond and is due in court again on July 11 for a preliminary hearing. He was certified to stand trial as an adult in early May.

LITTLE ROCK, Ark. — An Arkansas woman is speaking out after she says her sister died of COVID-19 Saturday morning. This is one of five COVID-19 deaths across the state.

Just two weeks ago, Latia Wright got a call from her sister Tanisha Cotton saying she was feeling a little sick.

WASHINGTON — A gun rights group is cheering the Trump administration’s designation of the firearms industry, including retailers, as part of the nation’s critical infrastructure during the coronavirus emergency.

The designation by the federal Cybersecurity and Infrastructure Security Agency is advisory. The agency notes that the designation does not override determinations by individual jurisdictions of what they consider critical infrastructure sectors.

The coronavirus has led to panic buying, but it's the throwing away that is now causing a problem.

There's no issue with you using a wipe to clean surfaces. The issue comes when you decide to throw that wipe away -- many people are flushing them down the toilet.