CLINTON, Mo. — At a news conference on Friday afternoon, Lieutenant Sonny Lynch with the Clinton Police Department said the search for James Horn Jr., a man wanted in connection with a double homicide, is still ongoing. The Major Case Squad and area law enforcement agencies focused Friday’s search in the Warsaw area, Sedalia and other areas around Pettis County.

Lt. Lynch said Horn is an avid outdoorsman, and urged people who planned to camp or fish this weekend to be vigilant. Extra patrols are planned for area lakes.

Preliminary autopsies revealed that homicide victims Sandra Sutton, 46, and her son Zachary Sutton, 17, were shot to death, according to Lt. Lynch. No more details were released about the autopsies.

Police consider Horn armed and dangerous and warn residents who have outbuildings or live near wooded areas to be on alert. Police also said Horn might have altered his appearance by growing a longer mustache or a full beard. Police said they did not have a picture but were working to get one. In Pettis County, Crimestoppers announced a reward of $5,000 for information leading to Horn’s capture.

JUST IN: $5,000 reward being offered for info leading to arrest/capture of James Horn pic.twitter.com/V8jW80cQT1 ^MBB 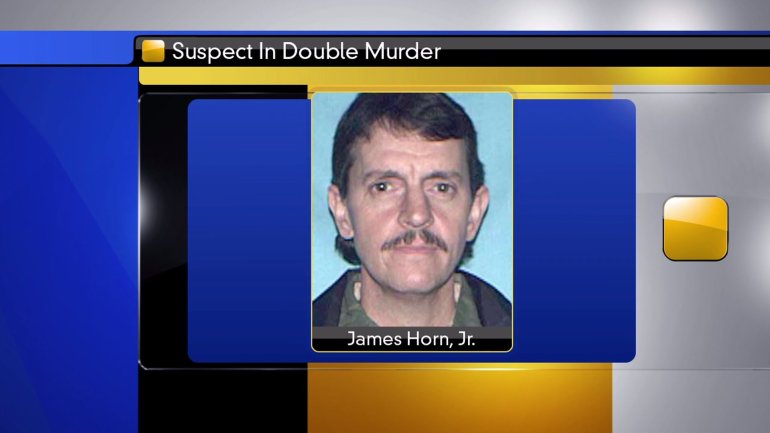 Park attendants at Long Shoal Campground in Henry County were given fliers with Horn’s picture on them, and told to call police immediately if he’s spotted. Most campers FOX 4 spoke with said they plan to be extra vigilant, one saying they may return home to get a gun.

Horn was last seen on surveillance cameras at Borthwell Regional Health Center on Thursday morning. His sighting prompted an extensive search in his Sedalia neighborhood.

However, Horn wasn’t found. The streets in Sedalia were empty and quiet by nightfall Thursday, with the only lights streaming from news crews and police patrol cars.

It was quite a change from earlier in the day, when dozens of people stood along a police perimeter and watched for hours as a SWAT team surrounded Horn’s home, the suspect in the shooting deaths of his ex-girlfriend, Sandra Sutton, and her 17-year-old son, Zachary Sutton.

At one point, people said they saw a robot go inside the small white house on 15th Street and others reported hearing authorities yell, “Come out! We’re not going anywhere!”

“I wanted to be nosy like everybody else!” said Shalisa Dove, “Possibly see what’s really going on.”

Another man said he felt people watching wanted to see “redemption” in the double homicide case.

“They want to see him done with, get it over with so they can go back to their lives,” said Robert Starner of the search for Horn.

But when authorities turned up with nothing, the crowd lost interest and quickly headed home.

“I know I’m going to be scared tonight,” said Cecilia Tuck, Horn’s next door neighbor. “I really will.”

Tuck told FOX 4 she and her husband were forced to leave their home early Thursday morning when the search for Horn began.

“I looked out the window and cops were lined up the road,” she said, “and they were all over there with guns pulled.”

But even with the large police presence, people here say they’re not taking any chances.

“Everybody’s got their doors locked,” Tuck said. “Mine’s going to be locked, that’s for sure.”

Sedalia police said they’re in contact with Horn’s family, who promised to call if they hear from him.

Horn’s sister and another family member came by his home after the raid to recover some belongings, but refused an interview – only telling FOX 4 this is “one bad situation” and they “want to burn down this house.”

Police have been searching for Horn since Sandra escaped his captivity April 30. Horn had been allegedly holding Sandra captive since January.

Sutton was able to escape from captivity in April. She told police that Horn had been holding her captive in a wooden box. According to the probable cause document, the box police found at Horn’s home contained sleeping bags, reading material, flash lights and a bucket full of urine and feces inside the wooden box where Sandra said she lived. The box was described 100 inches long, 48″ wide and 52″ tall. The box had been sound-proofed but contained a small hole for air.

According to police, Sandra’s relationship with Horn began as consensual but he eventually became controlling.

Shortly after Sandra escaped Horn’s captivity, Horn was  charged with kidnapping, armed criminal action and unlawful use of a weapon in connection to the case but has remained at large.

FOX 4 spoke to members of Horn’s family last Thursday. They said he told them he was planning to turn himself in, but had some loose ends to tie up first.

Police said Friday at a press conference that they are worried Horn is capable of going after other women who have accused him of being abusive.

“He’s demonstrated acts so far that would lead one to believe that more of the same could occur,” Lt. Lynch said.

According to court documents, Horn was accused and convicted of kidnapping and sexual battery in Shelby County, Tenn. in 1992. Horn was 24-years-old at the time. His girlfriend at the time said she’d been dating him for about five weeks when she broke up with him. She said she awoke the next day to find him rummaging through her closet. She said he put duct tape over her mouth and hands, and forced her to have sex with him. He then tied her hands behind her back with shoe strings and forced her outside and into his 18-wheel truck where he drove her to a bridge and forced her to have sex with him.

The victim’s mother reported her missing. Horn then brought the victim back to her apartment where she called police the next morning.

Horn, who pleaded guilty to kidnapping and sexual battery in connection to the case and was sentenced and later released from custody March 14, 1995, according to Tennessee court records. 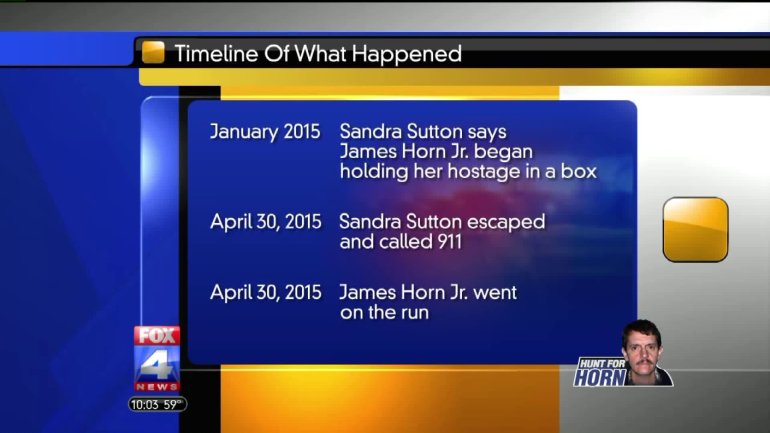 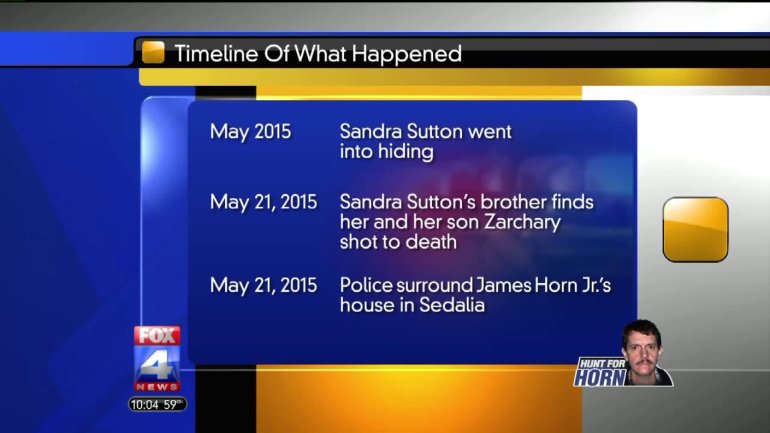 Sandra’s daughter Cassandra Pottoroff told FOX 4’s Shannon O’Brien that she doesn’t believe her mother suspected that Horn was as dangerous as police say he is.

“We was all telling her that she needs to stay hid and stay hid good,” Pottoroff said.

The Pottorffs say family told them that Horn went to Sutton’s parents’ house the night Sandra and Zachary were murdered, thinking that’s where Sandra would be staying. They say he stole a shotgun and stole the car key.

NORTH KANSAS CITY, Mo. -- If you live in Missouri and meet state requirements to get a COVID-19 vaccine, you don't need to travel farther than North Kansas City to get the shot.

Operation Safe says it is now vaccinating everyone who is eligible in the state.

KANSAS CITY, Mo. -- The debate continues on Capitol Hill as the Senate debates its next COVID-19 relief bill.

WASHINGTON (NewsNation Now) — President Joe Biden called out Republican governors in Texas and Mississippi for what he deemed “Neanderthal thinking” in deciding to relax their mask mandates and other COVID-19 restrictions.

The governors of both states announced Tuesday they would lift their states’ mask mandates and other restrictions on businesses and gatherings aimed at stopping the spread of the virus.

Change of judge denied, change of venue under consideration in Yust trial