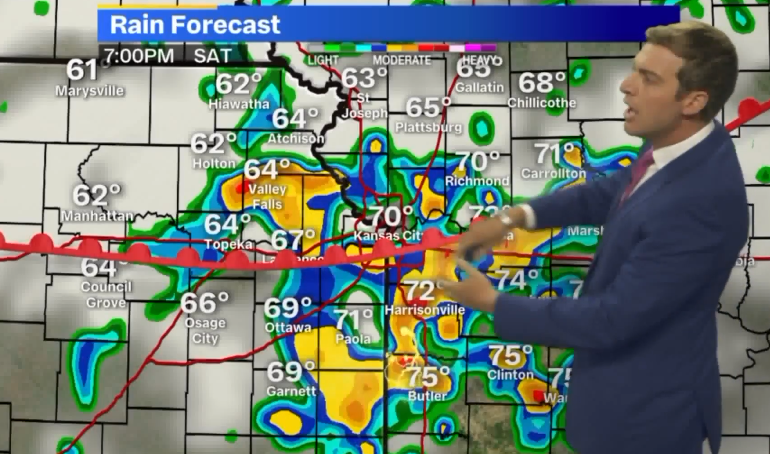 HARRISONVILLE, Mo. — Several buildings are flooded and roads are covered with water in and around Harrisonville as torrential rains pound western Missouri.

Law enforcement reported 1-3 feet of water to the National Weather Service at 7:17 p.m. They also reported that multiple roads were impassible, including sections of I-49, Highway 7, Highway 2, C Highway, and T Highway. The police have since reported that I-49 near Route 7 is back open.

However, police also reported that, as of 9:17 p.m., S Commercial Street is closed between Independence and I-49, Commercial is also closed between Mechanic and Locust Streets, Ash Street in and around City Park, streets in the Walker neighborhood, the intersections of Anaconda and Brookhart and Brookhart and Brickplant, and several other roads near Muddy Creek and Town Creek are also closed.

“We are also aware of a few power outages throughout town,” police said in a Facebook post. “We want you to know that our crews from the Electric Dept are working diligently to restore power in all areas of the City and hope to have everyone back on as soon as possible.”

Pictures sent from FOX4 viewer Dave Klinkenberg show the Comfort Inn in Harrisonville submerged. He said the water looked like it was up two feet on one part of the building, and some vehicles in the parking lot had water up to their doors.

A video sent in from Adam Chambers shows water rushing down Matt Street near Harrisonville Elementary School at 6:18 p.m.

“It was crazy,” Chambers said over Facebook messenger. “I have never seen it that bad as long as I have lived in Harrisonville.”

He said the flash flooding all happened within 5-10 minutes.