KANSAS CITY, Mo. — Police say the Shawnee Mission East student who had been clinging to life after a terrible crash in Prairie Village last week has died from his injuries.

Friends came together Wednesday night at Loose Park, knowing they might have to say goodbye soon to Alex Carney. 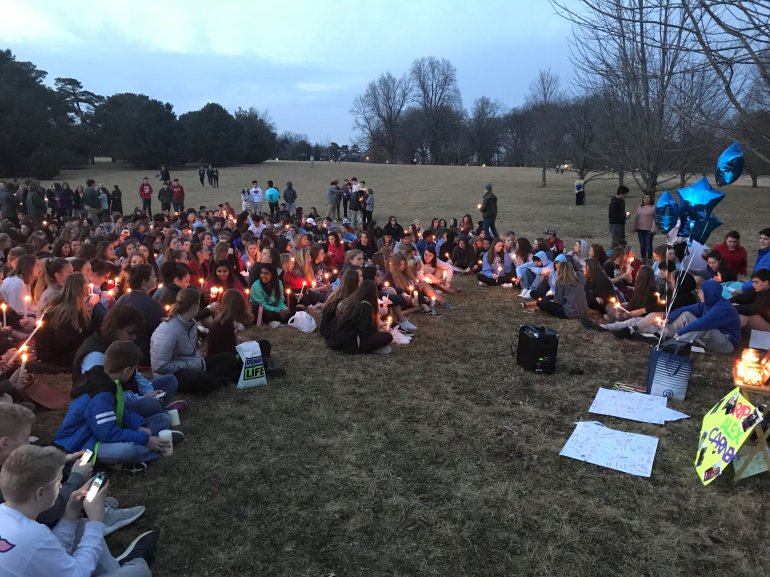 His family had planned to remove the teen from life support Wednesday. He died later that night. A family spokesperson shared online that doctors indicated Carney’s brain damage was too severe to live.

Carney’s father and sister spoke to the big crowd at the vigil, saying they are working to donate the teen’s organs to help others.

Carney was riding in a friend’s car when it slammed into a tree on Cherokee Drive near West 71st Street. Another passenger was badly injured but is expected to recover. The driver wasn’t hurt.

Prairie Village police said speed was a factor in the severity of the crash but it remains under investigation. The district attorney will be reviewing the case for possible criminal charges.

LEE'S SUMMIT, Mo. -- If you've been waiting for a quick and easy way to get your COVID-19 shot, a large-scale clinic is operating this week at a metro soccer field.

Officials with the City of Lee's Summit are working with the state of Missouri to host a large-scale clinic at Legacy Park Soccer Field on April 14 and 15. Appointments are available from noon to 8 p.m. both days.

LEE'S SUMMIT, Mo. -- Now that restrictions have loosened in eastern Jackson Co., people across the metro and business owners are excited to get back to work at a busy pace. The Jackson Co. health Dept. revised its order on COVID-19 restrictions for businesses.

Bars and Restaurants in Jackson Co. may now open at full-capacity and normal business hour. People took notice over the weekend.

KANSAS CITY, Kan. -- A woman was found dead last night in the Riverview neighborhood, and a suspect has been arrested, according to the Kansas City, Kansas Police Department.

Officers were called to a residence at North 10th Street and Ridge Avenue to investigate a disturbance just before 5:00 p.m. on Sunday, April 11.

What happens when women run the economy? We’re about to find out

The ‘Great Reshuffling’? 11 percent of Americans say they moved in 2020, survey finds