Officers were called to a shooting at a home in the area of 39th and Wabash around 7:45 p.m.

When officers arrived on scene they found a male shooting victim in their late teens on the sidewalk. He was pronounced dead a short time later.

The name of the victim has not been released at this time. A source tells FOX4 the victim was a 17-year-old. 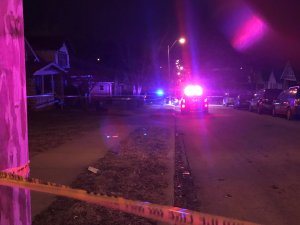 Parson's wife on Wednesday tested positive for the coronavirus after experiencing mild symptoms. The governor also tested positive later that day, although he has been asymptomatic.

Hair discrimination continues to be an issue throughout the country that leads to Black men and women being fired, demoted and disciplined.

PARKVILLE, Mo. -- The Platte County Health Department is relying on cash reserves while trying to hold the line on the coronavirus.

“We’ve been using our reserve funds. We’ve used existing staff that we’ve cross-trained to be able to do testing and some of the contact tracing and disease investigations,” said Mary Jo Vernon, the Platte County Public Health Director.

Pumpkin patches, haunted houses, all the fun things to do to kick off fall in Kansas City