HARRISONVILLE, Mo. — It’s the great pumpkin!  At least it’s the largest pumpkin in the Show-Me State. Richard Bottorf grew the massive pumpkin, weighing in at 1,798 pounds. They have to use a dump truck to haul it around. 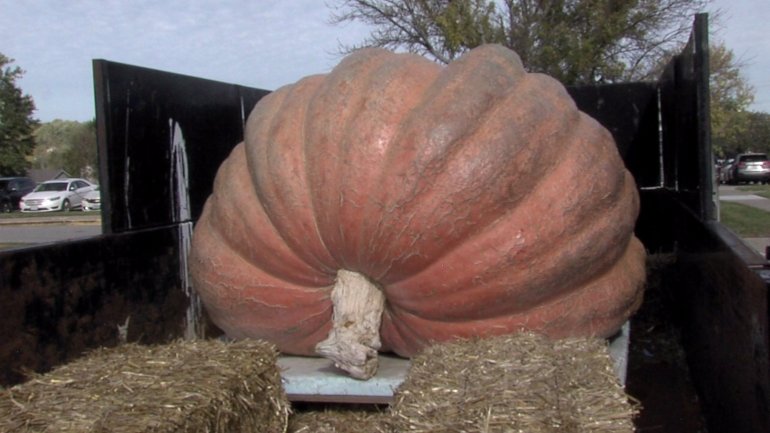 Bottorf grew the pumpkin at his home in Republic, Mo.  He brought it to Harrisonville Elementary School on Wednesday so his granddaughter could show it off to her classmates.

Bottorf says he doesn’t have any big plans for the huge pumpkin, but does plan to let his church use it for trick-or-treating this weekend.  Then he just plans to toss it.

“Afterwards, we’ll put it in the front yard for a few days,” Bottorf told FOX4. “What I’ll do is raise the bed, and it will slowly roll out into my garden patch.”

Bottorf grew a total of three giant pumpkins this year. The smallest weighs in at around 750 pounds.

This isn’t the first time Bottorf has grown success.  He previously held the Missouri state record with a 1,500 pound pumpkin.