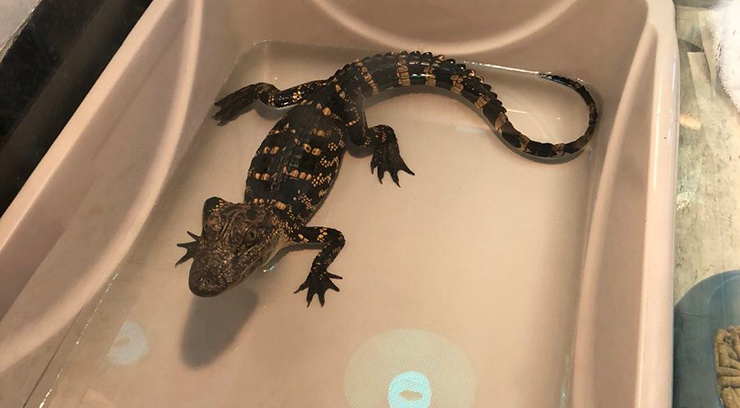 On Monday, a small alligator was discovered under a vehicle in Olathe. An animal control officer brought the little gator back to the city’s shelter where it’s been staying since.

Olathe police said the alligator will go to a new home on Monday. After all, alligators aren’t allowed in Olathe. It’s being taken to a reptile rescue in Manhattan, Kansas.

The same day the little gator was discovered in Olathe, a much bigger alligator, more than 4 feet long, was spotted in Basehor when it stopped in the middle of a road.

“I honestly started laughing,” Natalie Cowan said, who stopped her car. “I was like, ‘This has to be a joke. It’s not real.'”

Sheriff deputies in Basehor didn’t quite know what to do. One deputy even drew his gun but didn’t end up firing it.

Eventually officers learned the Basehor gator was a pet and had escaped from a neighbor’s property. It went home on it’s own after people left it alone.

Teen dies after being shot on his birthday in KC