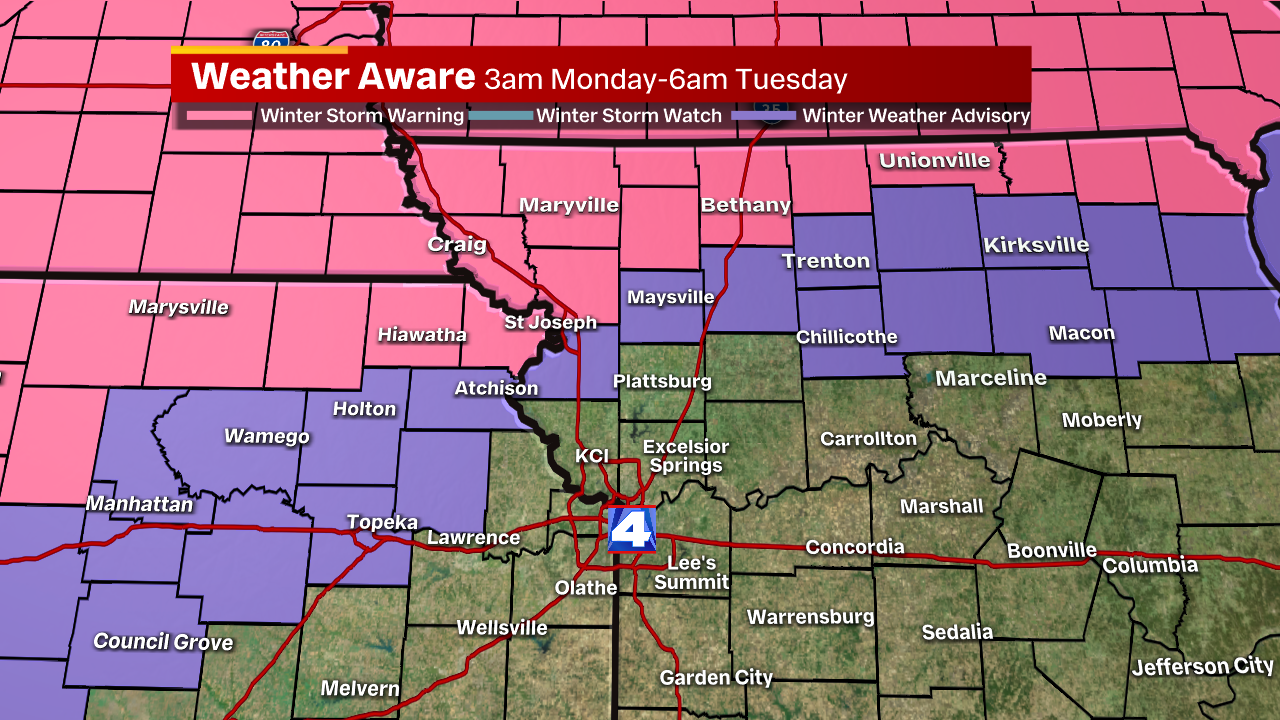 We’re Weather Aware Monday into early Tuesday as a major winter storm impacts the plains. While the immediate metro isn’t under any advisory or warning at the moment, I don’t think that’s reason to ignore Monday. Very heavy snow is expected Monday for areas north and west. 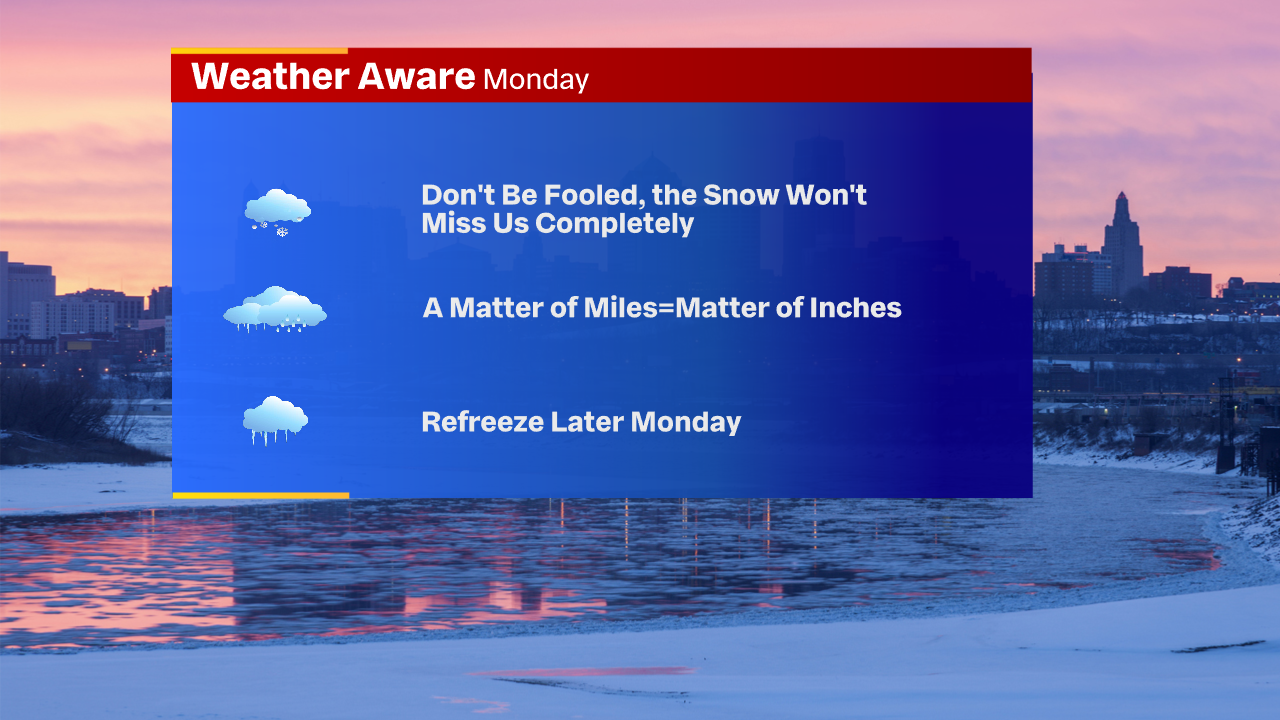 Don’t be fooled, just because we’re not under some advisory or warning right now, doesn’t mean we won’t be impacted. Just a matter of miles separates just rain from 6″ of snow. I’m also concerned we may refreeze Monday night and that could create some bigger issues in a few areas. 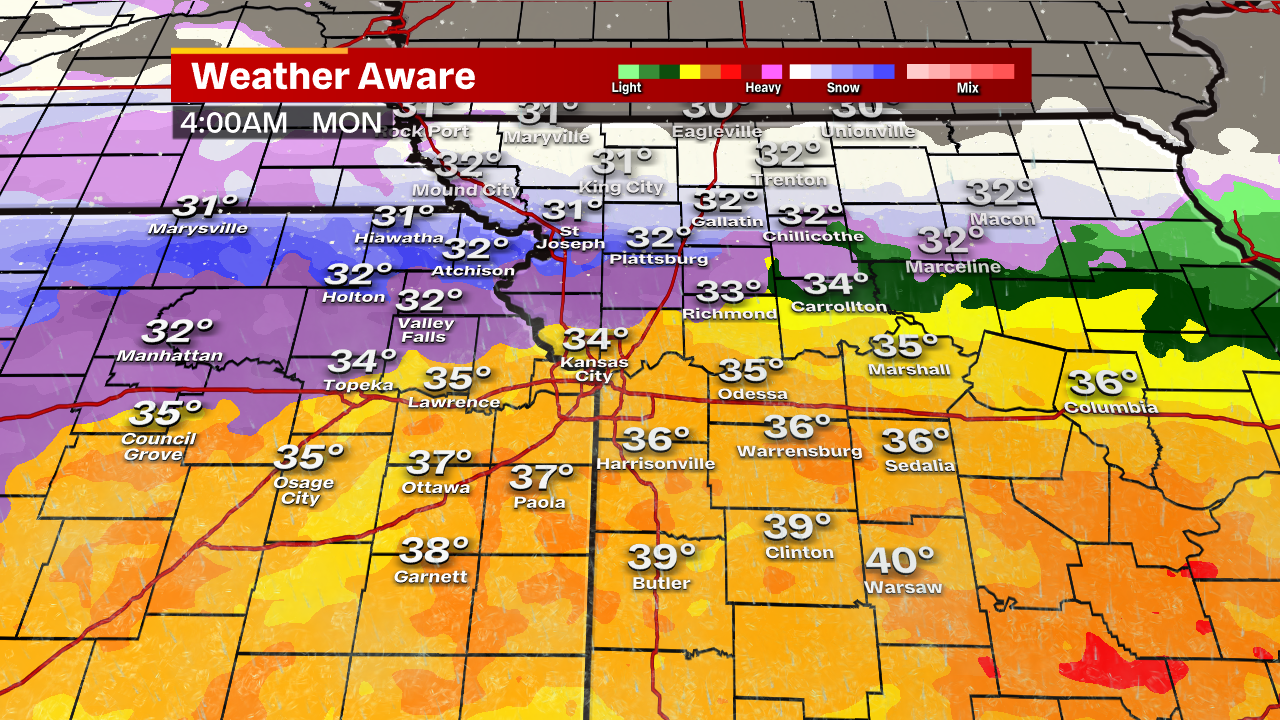 One of the most overlooked aspects of this system moving in overnight is the HEAVY rainfall we’re going to get. This is actually going to be the heaviest rain we have seen in a while. I expect us to wait closer to sunrise for a mix of sleet, freezing rain, and snow to develop north. 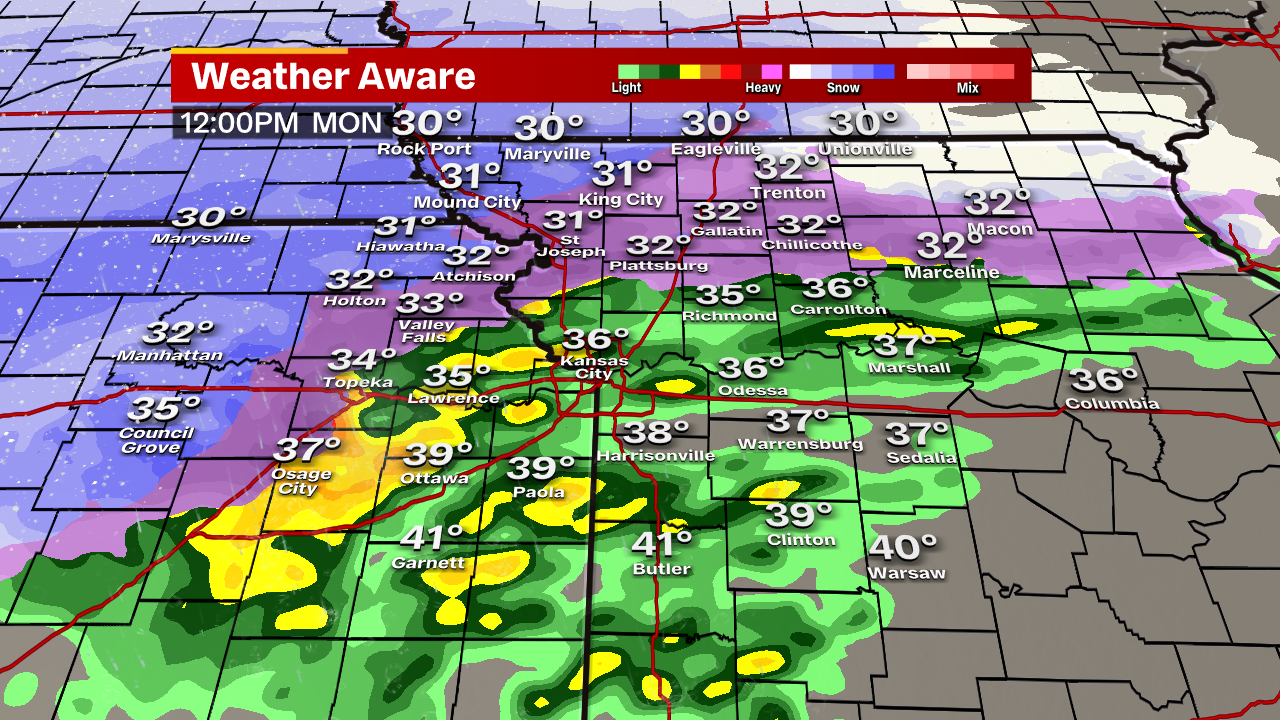 The other interesting aspect of this is a nudge of warmer air from the south. That’s what is really going to undercut snow totals in the immediate metro. You’ll notice that changeover to the west though…that’s where the heavy snow REALLY sets in. 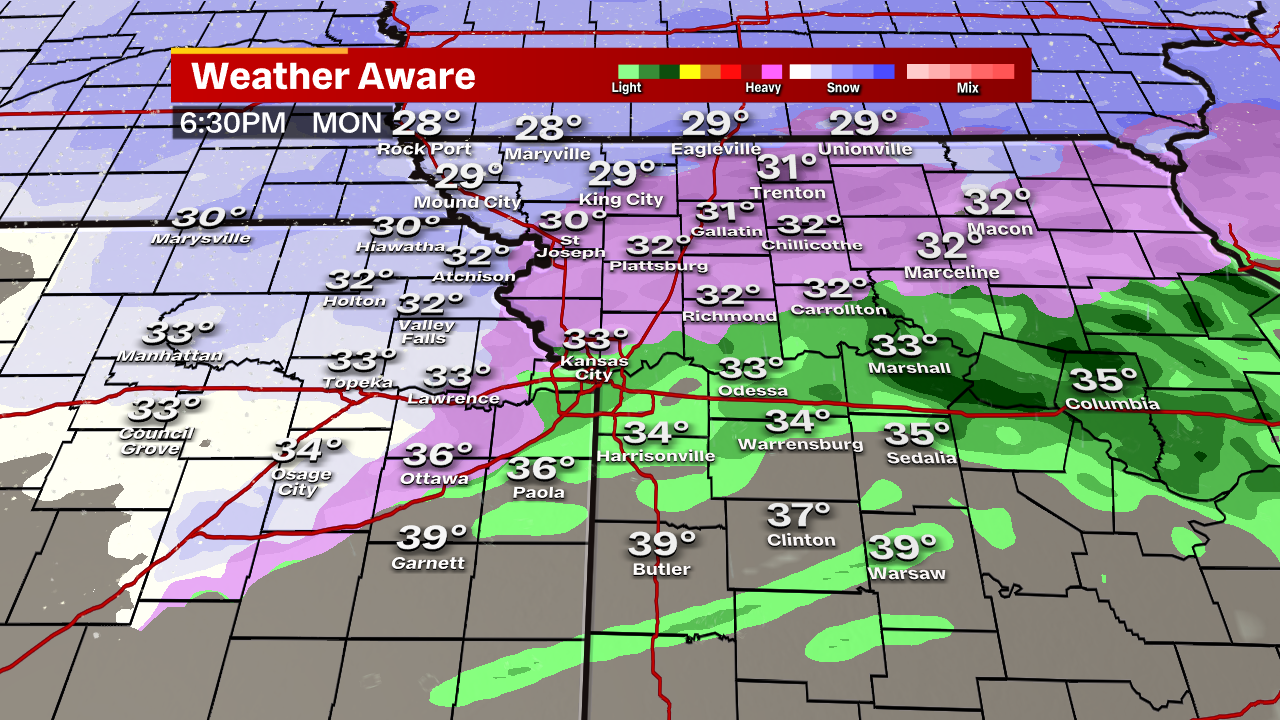 Temperatures will continue to fall and that’s where sleet and snow likely begin to accumulate more area wide. Temps will be very important here locally. One or two degrees will make a significant difference on how much of that snow accumulates in your area. 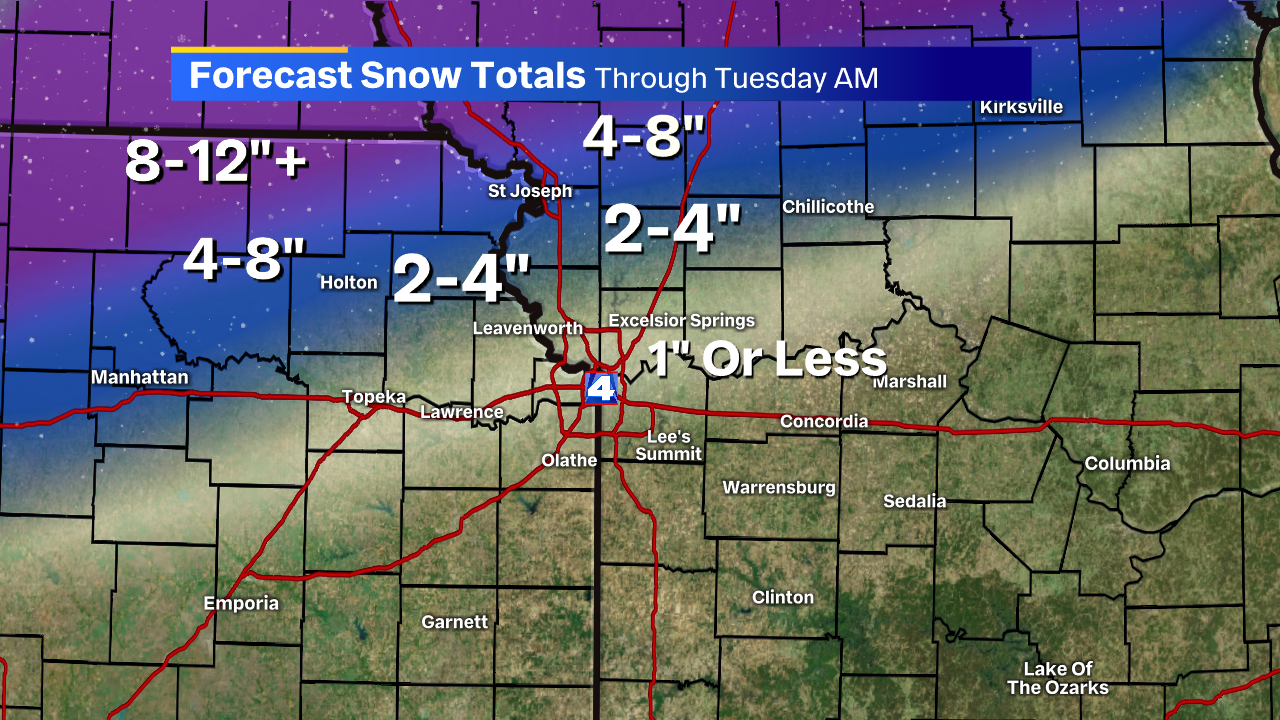 Reminder, while a good majority of the metro is dealing with 1-2″ of snow, we will have other types of wintry precipitation mixed in as well. Sleet and freezing rain could provide some icy conditions early on, depending on how warm we get by midday. Heavy snow remains a given north and west of the metro. We’ll keep you posted with updates here throughout the day.

FOX4 Newsletters: Sign up to get weather updates sent to your inbox