KANSAS CITY, Mo. — State inspectors say when it comes to safety, nearly half of the school buses at KC Premier in the Old Northeast area of Kansas City fail the test.

She has nothing good to say about the company. McNutt said from November of last year until early March she worked as a bus monitor for KC Premier.

However, after just five months she had enough.

“I quit because it was always cold on that bus, and I was not gonna do it again. The bus was unhealthy all the time, and I just want everybody to know something needs to be done,” McNutt said.

She said she repeatedly told KC Premier’s managers the bus she rode every day with students from Frontier School of Excellence was without any heat on many bitterly cold winter days.

But that’s not all. 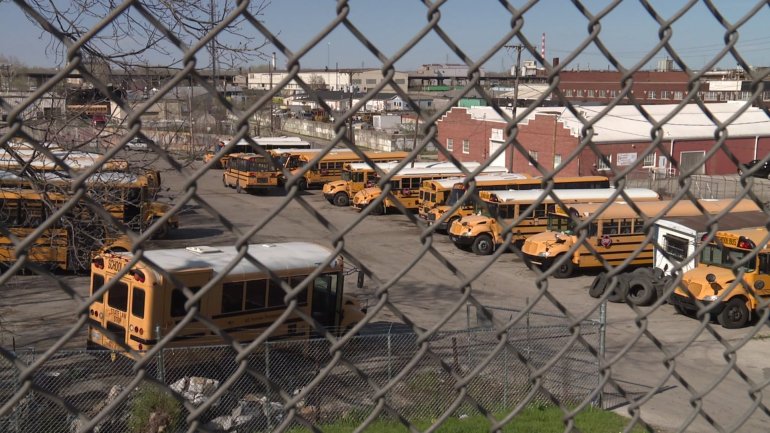 “One of the back windows couldn’t stay up. They had issues with the defrost not working. I had to scrape the windows as we drove,” said McNutt, who shared cell phone pictures with FOX4.

“Also, the doors on my bus wouldn’t shut, which kept the arms from working properly. The buses had leaky windshields and had to tape them all the time. A lot of the staff that I complained to about it, they should kept saying, ‘We’ll get to it. We’ll get to it,'” McNutt said.

In early March, McNutt said she had a dangerous, close call while riding a KC Premier bus.

“The brakes went out on one of the spare buses. It was so scary,” she said.

McNutt said as she and a female driver traveled south bound on The Paseo, then turned on Truman Road, when the brakes on the bus “suddenly failed.”

“The driver actually had to pull over and call for help that day,” she said.

She said thankfully the driver coasted through the traffic light just in the nick of time.

“The brakes had gone to the floor, and she  couldn’t even drive it. And they sent a mechanic out there to get it. We didn’t get to a route that day. I just kept thinking about these kids,” McNutt said.

There were no children on the bus that day.

“Yes, I do think this company is putting children’s lives at risk. Absolutely. That’s why I got upset. I just think they should not be operating that way. I reached out the Missouri Highway Patrol, and a guy said they were well aware of the problem,” McNutt told FOX4.

She quit in late March, and a few days later, inspectors with the Missouri Highway Patrol conducted an annual inspection at KC Premier Transportation.

Lowe said the state temporarily took 13 of the company’s buses out of service due to serious violations.

“I don’t know specifically what they were at this time because it’s an ongoing inspection. I can say — according to the Missouri School Bus Inspection Regulations Manual, if the buses have any fuel leak, brake problems, if the tires are bad, if there’s no stop arm, if the emergency door won’t open — then the buses are gonna be placed out of service,” Lowe said. 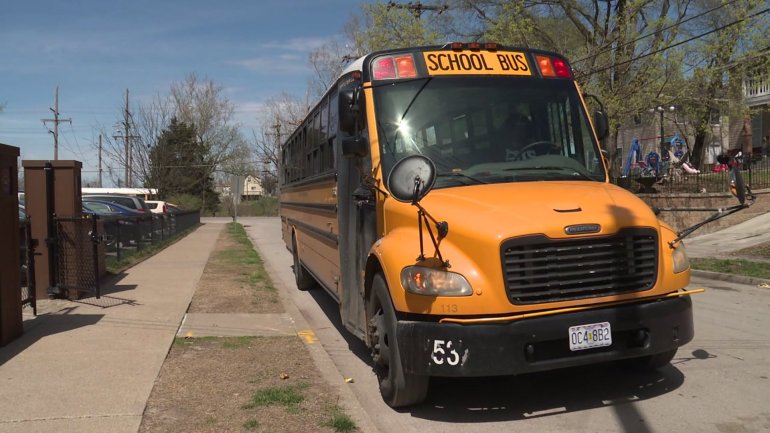 While another six buses had lesser problems, such as no heat, Lowe said KC Premier’s drivers could still drive those, as long as the company fixes the problems within 10 days.

“For 19 out of 41 buses to have some sort of defect or to be placed out of service, that’s alarming,” Lowe told FOX4.

“I’ve shown you the reports. I’m not gonna give them to you,” said Ejaz Mahmood, the owner of KC Premier Transportation.

For nearly two years, the company has mainly serviced charter schools in the Kansas City area. The KC Premier website boasts that it transports 1,000 children to and from school every day.

“I can tell you it’s like this: Bus number 38 has a crossing arm that comes on when the defrost fan is running. It’s got some short somewhere. Somebody used a BB gun to bust the window out of  bus number 15. The emergency-tinted window on the back, it mismatches with the other tinted windows, and that’s why it is a violation, so it’s out of service,” Mahmood said.

He insisted the state “examined 20 of my buses and put eight out of service.”

“The remaining buses, they have some minor issues. They’ve been taken care of,” the company’s owner said.

What’s more, Mahmood said buses that the state calls “unsafe” are now idle in KC Premier’s parking lot with yellow stickers on their windshields, being prepared and are not on the roads.

“So parents and the public should not have any safety concerns. I have 65 employees. We provide 45 bus routes. I love taking care of the kids, so I care about the safety and security of my drivers and my students. It’s no big deal. It’s a regular routine,” Mahmood said.

However, it is “a big deal” to Raquel Pacheco.

Pacheco said her 15- and 16-year-old daughters will no longer ride KC Premier buses to Guadalupe Centers High School until she’s convinced the buses are safe.

“I think it’s ridiculous. What’s going on? No more buses for my kids. I mean we are trusting these buses to take care of our kids, and now crappy buses? No. Come on,” the Kansas City mom said.