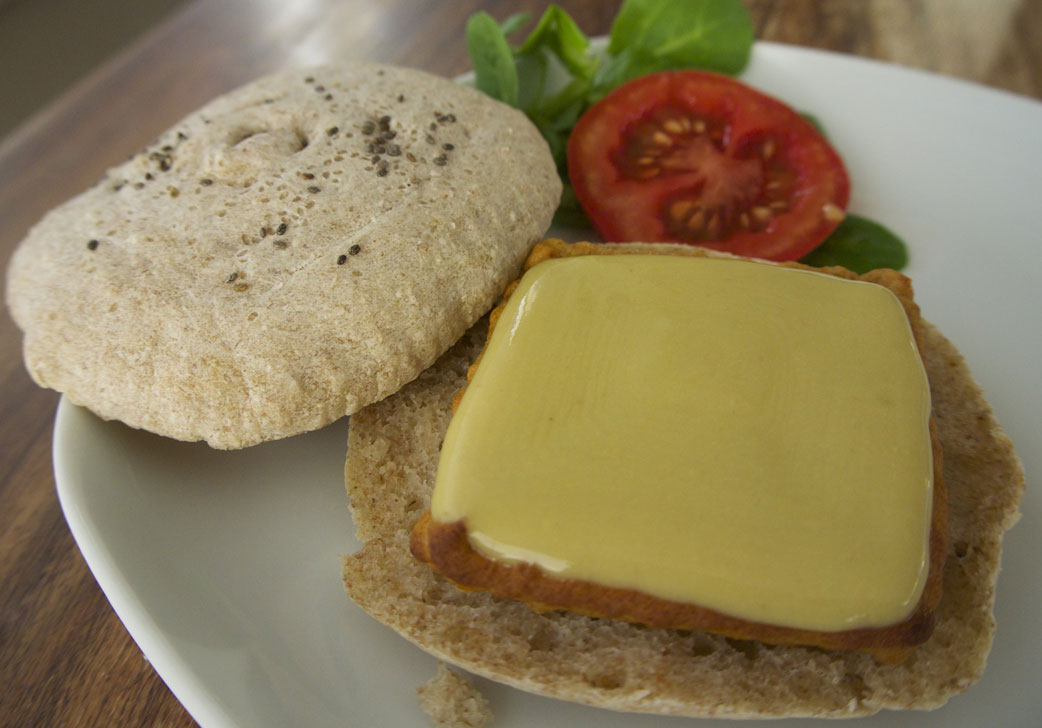 DUBLIN — As further proof that you can now 3D-print anything, a company called Natural Machines has introduced a 3D printer for food.

The “Foodini,” as it’s called, isn’t too different from a regular 3D printer, but instead of printing with plastics, it deploys edible ingredients squeezed out of stainless steel capsules: “It’s the same technology,” says Lynette Kucsma, co-founder of Natural Machines, “but with plastics there’s just one melting point, whereas with food it’s different temperatures, consistencies and textures. Also, gravity works a little bit against us, as food doesn’t hold the shape as well as plastic.”

At the Web Summit technology conference in Dublin, the Barcelona-based startup is showing off the machine, which it says is the only one of its kind capable of printing a wide range of dishes, from sweet to savoury.

“In essence, this is a mini food manufacturing plant shrunk down to the size of an oven,” Kucsma said, pointing out that at least in the initial stage the printer will be targeted mostly at professional kitchen users, with a consumer version to follow, at a projected retail price of around $1,000. 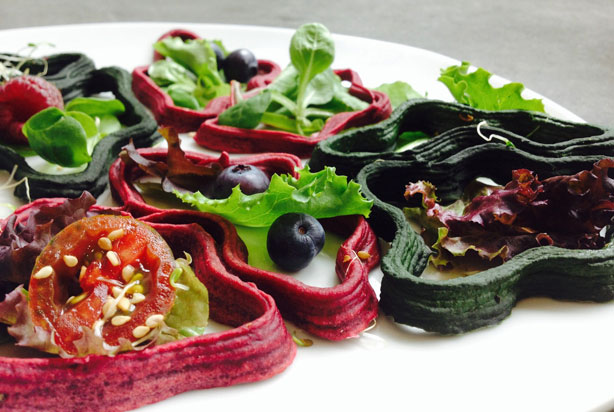 In principle, the Foodini sounds like the ultimate laziness aid: press a button to print your ravioli. But Natural Machines is quick to point out that it’s designed to take care only of the difficult and time-consuming parts of food preparation that discourage people from cooking at home, and that it promotes healthy eating by requiring fresh ingredients prepared before printing.

Nevertheless, the company is working with major food manufacturers to create pre-packaged plastic capsules that can just be loaded into the machine to make food, even though they assure these will be free of preservatives, with a shelf life limited to five days.

The printing process is slow, but faster than regular 3D printing. Other than being capable of creating complex designs, such as very detailed cake decorations or food arranged in unusual shapes, the Foodini can be useful for recipes that require precision and dexterity, like homemade pizza or filled pasta.

Currently, the device only prints the food, which must be then cooked as usual. But a future model will also cook the preparation and produce it ready to eat.

The idea also comes with a social element too. “There’s a touchscreen on the front that connects to a recipe site in the cloud, so it’s an internet-of-things, connected kitchen appliance,” said Kucsma. Users will also be able to control the device remotely using a smartphone, and share their recipes with the community.

That is, if people don’t balk at the idea of eating printed food. “We have done tests and everybody liked the food,” explains Kucsma. “Take the microwave oven, for example: in the 70s, people were a bit fearful about it, they thought food could be poisoned with radiation or something, but fast forward 30 years, and there’s one in every household. This is real food, with real fresh ingredients, it’s just prepared using a new technology.”

The company is completing a round of financing and plans to begin mass manufacturing in the second half of next year.

KANSAS CITY, Kan. -- Holiday povitica in Kansas City, Kansas' Strawberry Hill neighborhood is a tradition almost as old as the city itself.

Marc O'Leary's great-great grandmother immigrated to KCK from Croatia in 1903, just a few decades after the city was incorporated.

LEE’S SUMMIT, Mo. -- With the return of the holiday season, comes the return of another holiday tradition in Lee’s Summit with "The Magic Tree."

Families come from all over to view the shining lights.

FOX4 Forecast: Warming back up

Cooler today, relatively speaking, but it's still warmer than it should be this time of year. Temperatures will return to the 60s Wednesday and over 70 degrees Thursday.

US expected to toughen testing requirement for travelers

Kansas Rep. Aaron Coleman DUI investigation will be treated like any other case, KHP says

Video shows semitrailer dragging car – with driver in it – down highway

Bradley Cooper says he was held at knifepoint in NYC subway: ‘It was pretty insane’

Most popular pet names of 2021 revealed

Vaccines, boosters in high demand for Kansas City families ahead of holidays

Friends haul in 3 massive catfish, including one weighing 106 pounds, on Missouri River

‘Not the souvenir we expected’: Family frees kitten from net during Arrowhead Stadium tour

FOX4 Forecast: Warming back up

US expected to toughen testing requirement for travelers