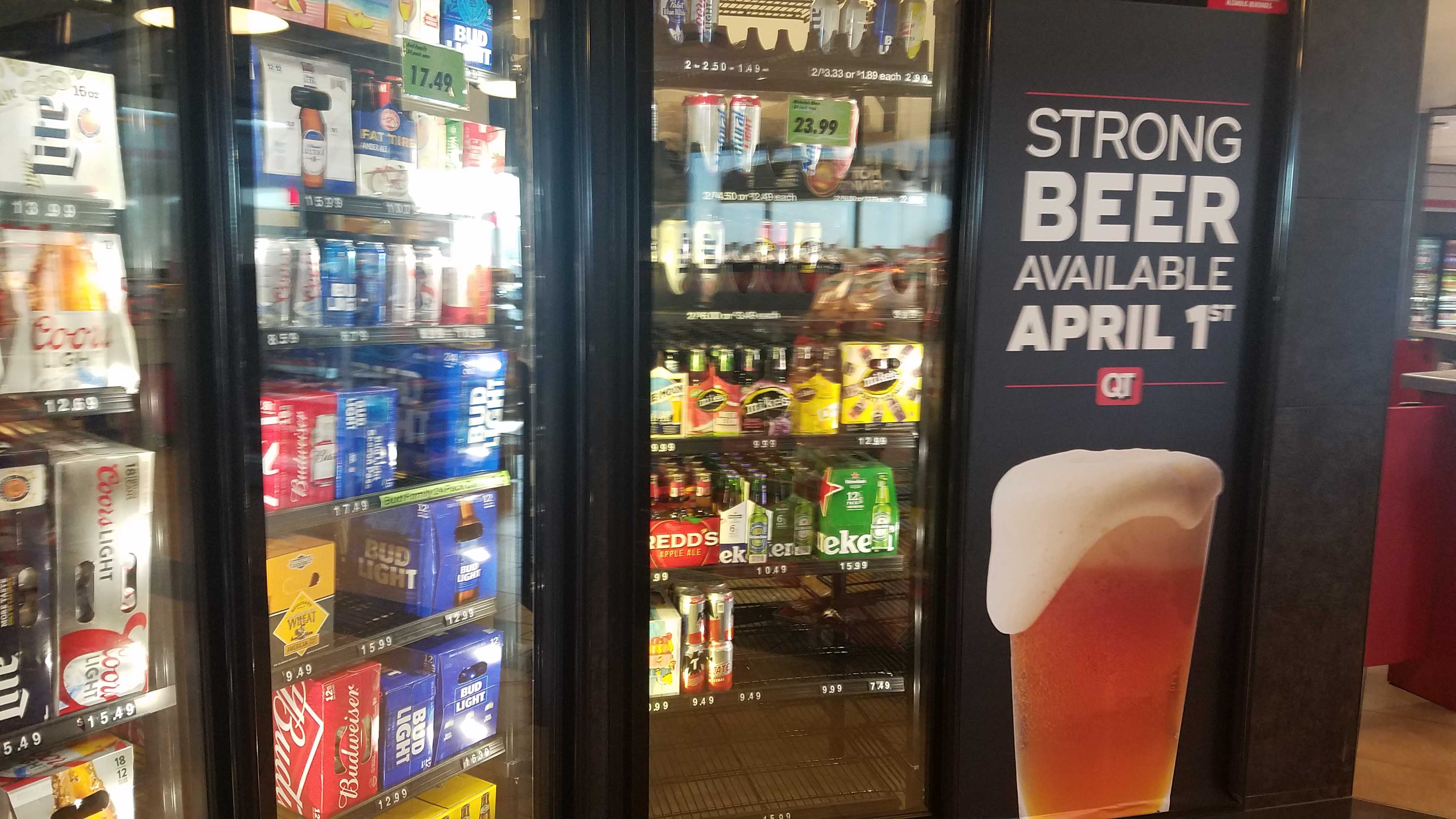 KANSAS CITY, Kan. — Grocery and convenience stores in Kansas are getting ready to sell “strong beer.”

Sure, there have been different brands, but Kansas beer drinkers mainly have had just one option for grocery store beer: the lighter stuff.

“There`s finally additional choice and convenience for them in the marketplace, and that was really Uncork Kansas` goal all along was to bring choice and convenience to consumers, and we`re pleased there was an opportunity to do that with the passage of this legislation,” Jessica Lucas told FOX4 when the bill was signed into law. Lucas was a lobbyist for the group Uncork Kansas, a network of Kansas retailers and grocers.

At the time she spoke on behalf of a Dillons grocery store in Lawrence, about the benefit of  Brownback signing the bill into law.

“What it means for grocery, convenience stores is a chance to better meet the needs of their customers,” Lucas said.

Starting in April of 2019, grocers and convenience stores in Kansas will be able to sell beer with up to six-percent alcohol content.

On Tuesday a QuikTrip in Olathe had a sign up that said, “Strong beer available April 1st.”

Under the new law, liquor stores will also be allowed to sell some non-alcoholic items like tonic water, potentially keeping shoppers from making multiple trips.

The signing of the bill in 2017 wasn`t without it`s challenges, in fact, it`s been part of a decades-old battle.

“When we elevated the drinking age to 21 we did not discontinue 3.2 beer. Most states at that point classified beer as just beer. Kansas kept 3.2 beer of the shelf in the 80`s,” Lucas said.