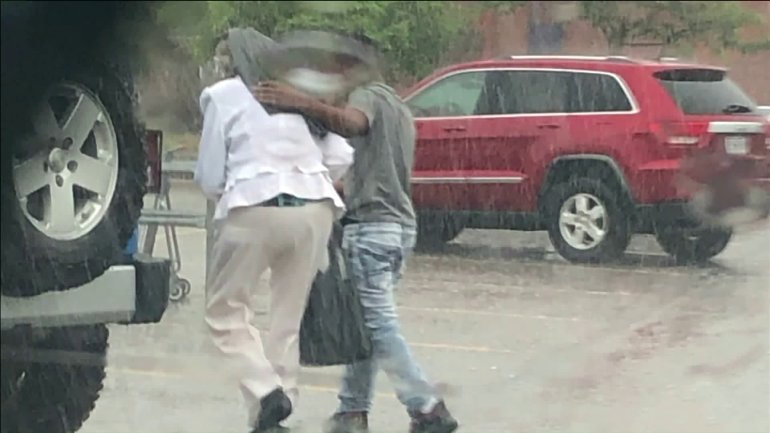 INDEPENDENCE, Mo. — The search is over for a young man wanted by Independence police for a good reason.

Officer Joe Holt said in a Facebook post that he saw a teenager take off his coat to help a woman who was struggling during a rain storm in the parking lot of a grocery store.

“It was pouring down rain, and all the sudden I see this teenager running across the parking lot, taking his coat off,” Holt said.

He followed the teen back to his mom’s van where he described to her what her son had just done.

“She teared up pretty good. It was a moment between the both of us. I mean I teared up a little bit. I’m a parent as well. So, I told her that I was very impressed with him and that he should be proud,” Holt said.

Holt said that he wanted to reunite with the teenager. That request was granted when a family member saw the viral story and called the police department.

Fourteen-year-old Tyrea and his mother, Ebony, were treated to dinner by Holt.

“Well, this kiddo who I have only known a short time already means the world to me. As promised, after finding him, I took him out to dinner. He and his wonderful mom Ebony enjoyed some Red Lobster,” he said.