KANSAS CITY, Kan. — A two-month hunt for a mass shooting suspect is over as authorities say Hugo Villanueva-Morales is under arrest. The news revealed Thursday set off a lot of emotions for victims and victims’ families impacted by the October 6 shooting at Tequila KC, where four died and five were hurt.

A federal court document filed in the case shows Villanueva-Morales hopped on a Greyhound bus just after 8 that same morning, headed for Dallas. Law enforcement tracked him by cell phone but missed arresting him by 15 minutes. Back in Kansas City, officers arrested another suspect in the shooting, Javier Alatorre, several hours after the shooting at his family’s home on the Missouri side of the state line.

Two months later after multiple raids failed to find Villanueva-Morales, he was arrested in Mexico on Wednesday. 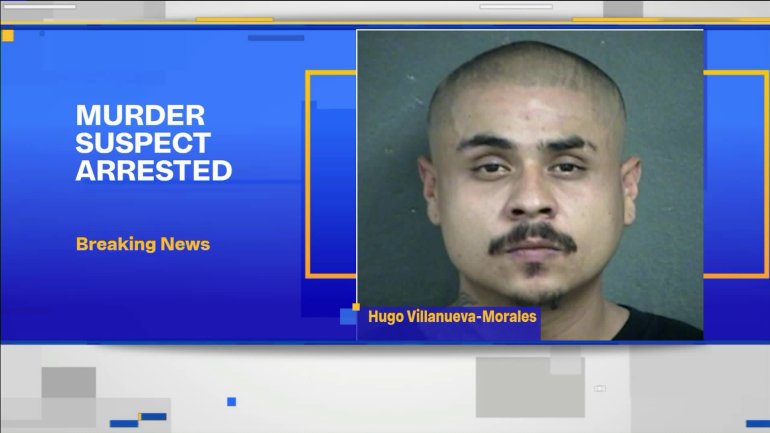 FOX4 spoke with one of the mass shooting victims who says he’s lucky to be alive.

“I`m glad he`ll finally be taken to justice. Once I see them in court, I think it`ll sink in a lot more,” Michael Barajas told FOX4.

It has been a long two months since the night Barajas went to Tequila KC, where he was hit by a bullet.

“I heard the shots and just seemed like everything went blurry. In a way I`m just blessed to be alive,” he said.

While he’s relieved for the justice he’s expecting, it’s the memory of those who lost their lives that still haunts Barajas.

“I had accidentally walked back into the bar and seen the people laying out, that kind of messes with me the most. You get dreams about that and stuff.”

Video from inside Tequila KC shows what police say happened in those early morning hours. After being kicked out of Tequila KC, Villanueva-Morales and Alatorre walked back in through the back door, making their way to the front. The men opened fire inside the crowded bar.

While Alatorre was arrested the same day, court records show the FBI notified Dallas police about Villanueva-Morales’ movements, but they missed his bus arriving by 15 minutes. Sources say a tip led the FBI to Michoacán, Mexico, east of Mexico City, where Villanueva-Morales was captured.

“Mexico is big and you get down there and you get off on them little farms and stuff and you`re never to be heard of again. So, I figured he was long gone. Honestly, I didn`t think he was going to get caught, but we were blessed getting a killer off the streets,” Barajas said.

Law enforcement has started the process of extradition. Sources tell FOX4’s Shannon O’Brien it could take a week or so to get Villanueva-Morales back to Wyandotte County to face four counts of first-degree murder.

KANSAS CITY, Kan. -- Frustration as thousands of people across the metro struggled to take surveys to show their interest in a COVID-19 vaccine.

This survey to express interest in getting the vaccine in Johnson County, Kan. has been filled out by more than 80,000 since Friday afternoon.

DES MOINES, Iowa (AP) — Lottery players will have another shot Tuesday night at the third-largest jackpot in U.S. history.

The Mega Millions top prize has hit an estimated $850 million, the biggest jackpot in more than two years. Powerball, the other lottery game offered in most of the U.S., isn't far behind at $730 million for a drawing Wednesday night.