When Maj. Gen. Gordon Granger and fellow federal soldiers arrived in Galveston, a coastal town on Texas’ Galveston Island, on June 19, 1865, it was to issue orders for the emancipation of enslaved people throughout the state.

Although telegraph messages had shared news of the Emancipation Proclamation in 1863, and while the war had been settled in the Union’s favor since April of 1865, Granger’s message was a promise of accountability. There was now a large enough coalition to enforce the end of slavery and overwhelm the Texas Conferedate constitution, which forbade individuals’ release from bondage.

In that way, Texas became the last Confederate state to end slavery in the U.S.

Though celebrated for hundreds of years in parts of the U.S., Juneteenth’s history and significance only recently scaled for a massive national audience and inflection point. The historic date was not recognized as a federal holiday until 2021—more than a century and a half after it took place.

Stackerexplored the history and significance of Juneteenth by examining historical documentation including texts for General Order #3 and the Emancipation Proclamation. Stacker also researched the lasting significance of this historic day while clearing up some of the most egregious misinformation about it. 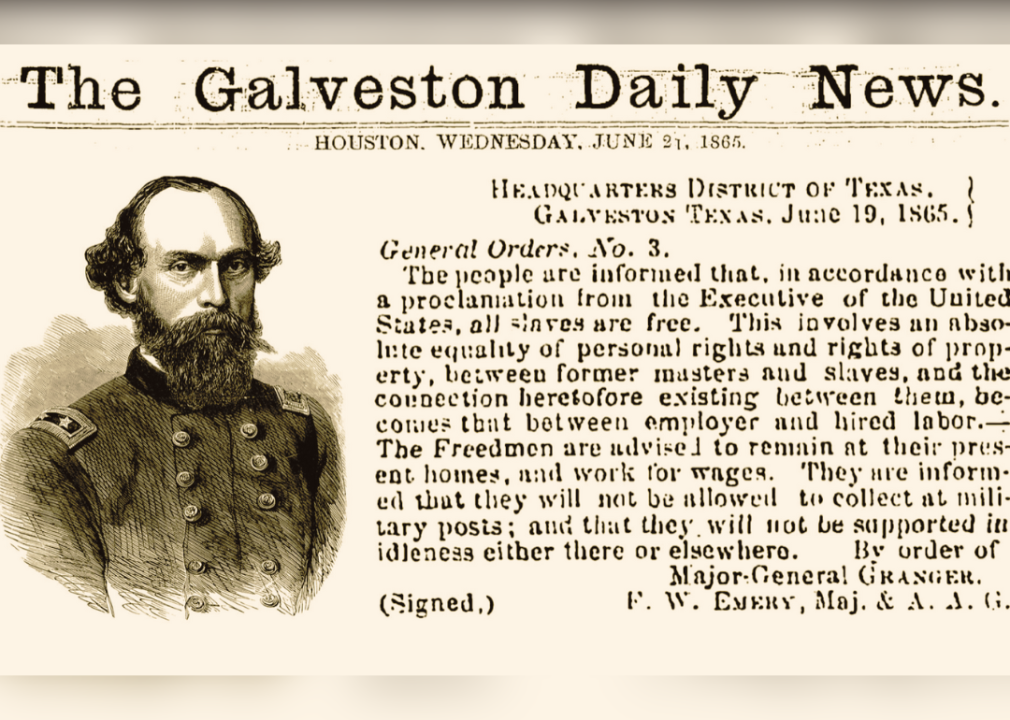 Maj. Gen. Granger was given command of the District of Texas following the Civil War’s conclusion, making him an obvious choice for delivering General Order #3.

In its simplest terms, General Order #3 declared that all enslaved people in Texas were free; but the order maintained racist undertones and encouraged enslaved people to stay where they were being held to continue work—this time for wages as free men and women.

You may also like: History of African Americans in the US military

“The people of Texas are informed that, in accordance with a proclamation from the Executive of the United States, all slaves are free. This involves an absolute equality of personal rights and rights of property between former masters and slaves, and the connection heretofore existing between them becomes that between employer and hired labor. 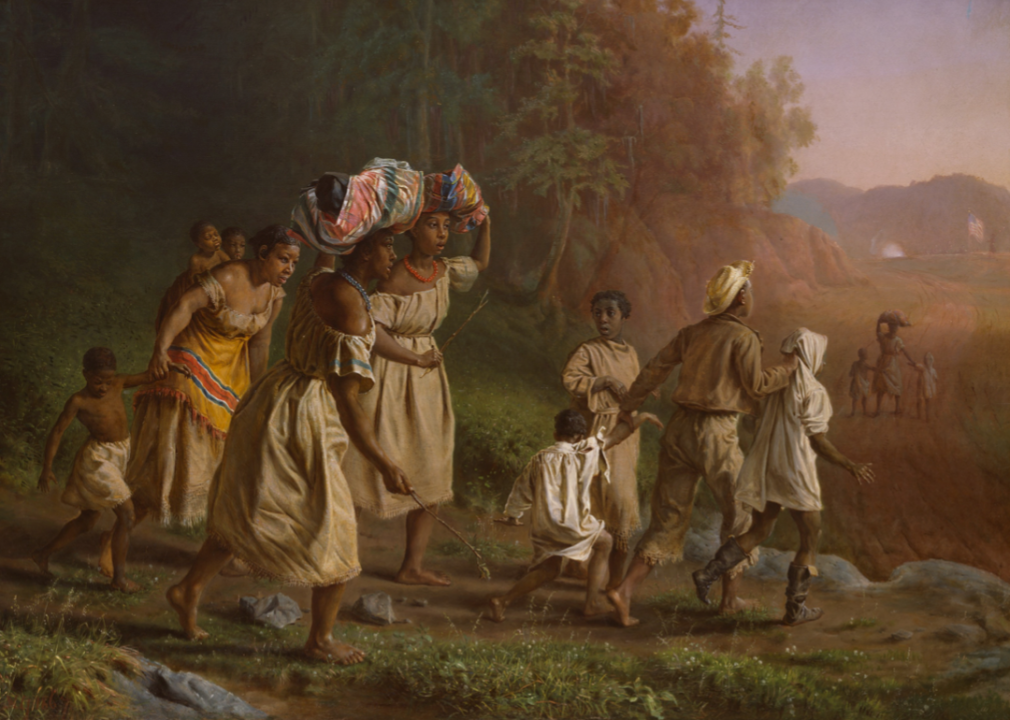 The Emancipation Proclamation, signed into law by President Lincoln on Jan. 1, 1863, called for an end to legal slavery in secessionist Confederate states only, impacting about 3.5 million of the 4 million enslaved people in the country at that time. As the war drew to a close and Union soldiers retook territory, enslaved people living in those areas were liberated.

Lincoln’s decision to free only those enslaved individuals in bondage in Confederate states was a strategic, militaristic method, as he notably did not free those enslaved in Union states. Further, the proclamation was unenforceable.

Still, Union troops fighting in the war brought news of emancipation along with the military might to enforce it. Many enslaved people were motivated enough by the news to risk fleeing and seek safety in Union states or by joining the U.S. Army and Navy to help fight.

Following the Emancipation Proclamation, any enslaved person who escaped over Union lines or to oncoming federal troops during the war was free in perpetuity.

Maj. Gen. Granger’s orders on June 19, 1865, released enslaved people in Texas from bondage. But it was another six months before the last two states—Delaware and Kentucky—freed enslaved people, and only then when the 13th Amendment was ratified on Dec. 18, 1865.

The 13th Amendment officially ended slavery and involuntary servitude at the federal level, except as a punishment for a crime. That loophole has been capitalized upon since the amendment passed. Kentucky officially adopted the 13th Amendment in 1976. 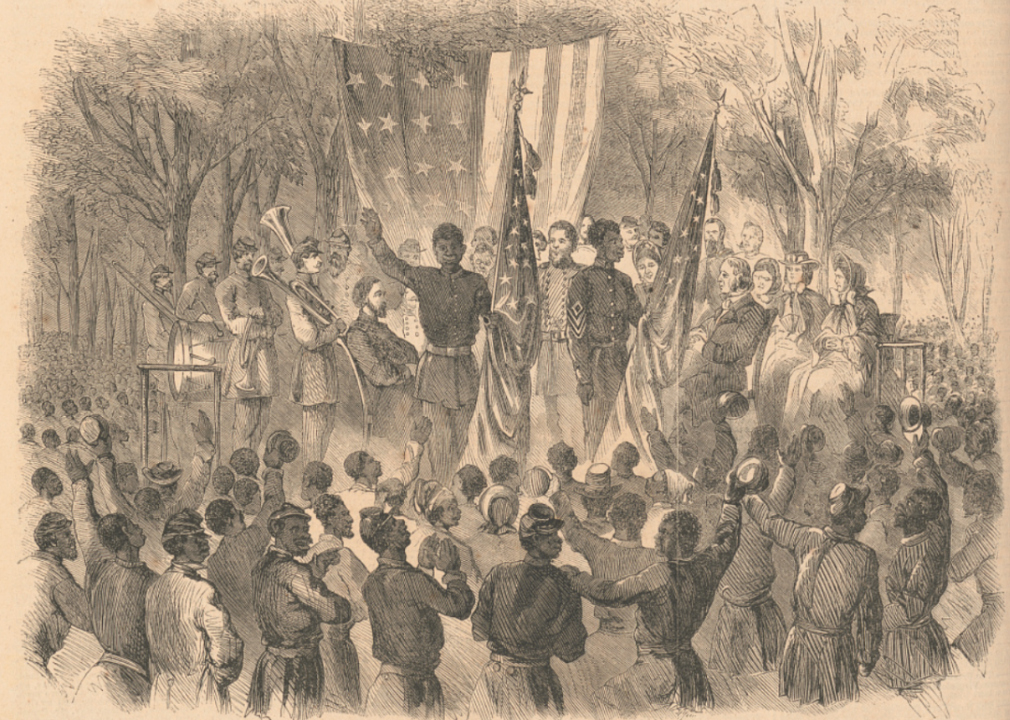 Many newly freed people remained on former enslavers’ properties to work for pay, while others immediately fled north or into nearby states like Arkansas, Louisiana, and Oklahoma to reunite with family.

As people fanned out around the country, they took Juneteenth celebrations along with them. Formerly enslaved people and their descendants also made yearly pilgrimages back to Galveston to memorialize the date’s significance.

Missouri Amtrak derailment victims might have given up rights to sue

While Juneteenth is among the oldest celebrations of emancipation, it is not the oldest. That distinction goes to Gallipolis, Ohio, which has celebrated the end of slavery there since Sept. 22, 1863. 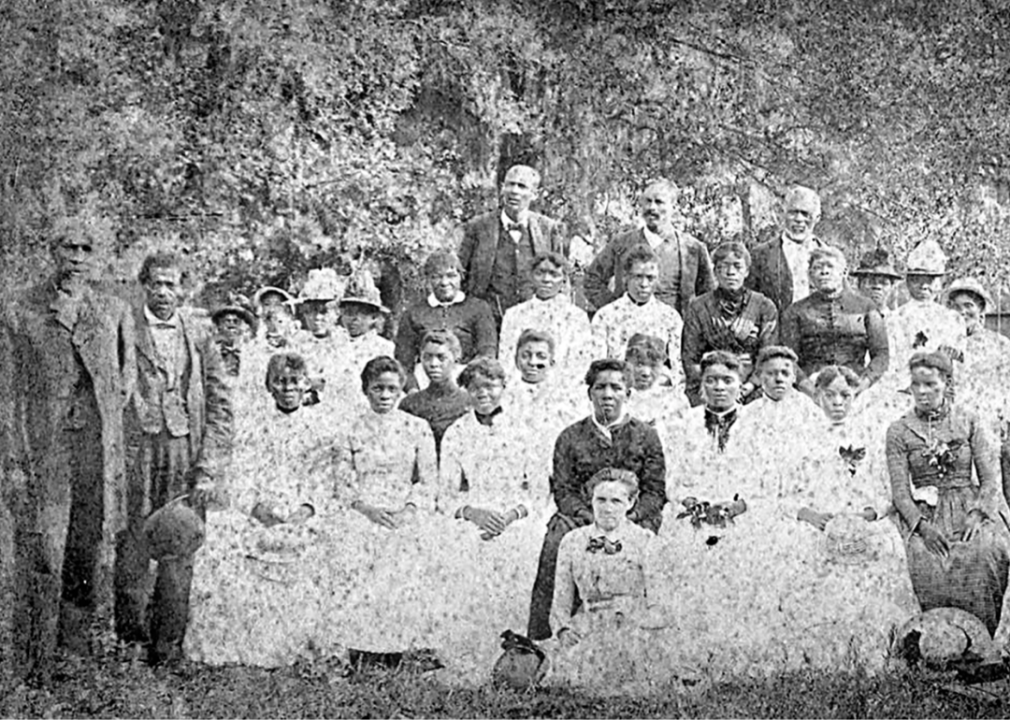 Formerly enslaved African American ministers and businessmen got together in 1872 to raise the $1,000 necessary to buy 10 acres of land in Houston’s Third and Fourth wards. They called the lot Emancipation Park.

Juneteenth closings: Will the mail run?

The park was donated to the city of Houston in 1916. In the late 1930s, the Public Works Administration, which was established as part of President Franklin D. Roosevelt’s New Deal, constructed a recreation center and public pool on the park site. The Houston City Council declared the park a protected historic landmark on Nov. 7, 2007. 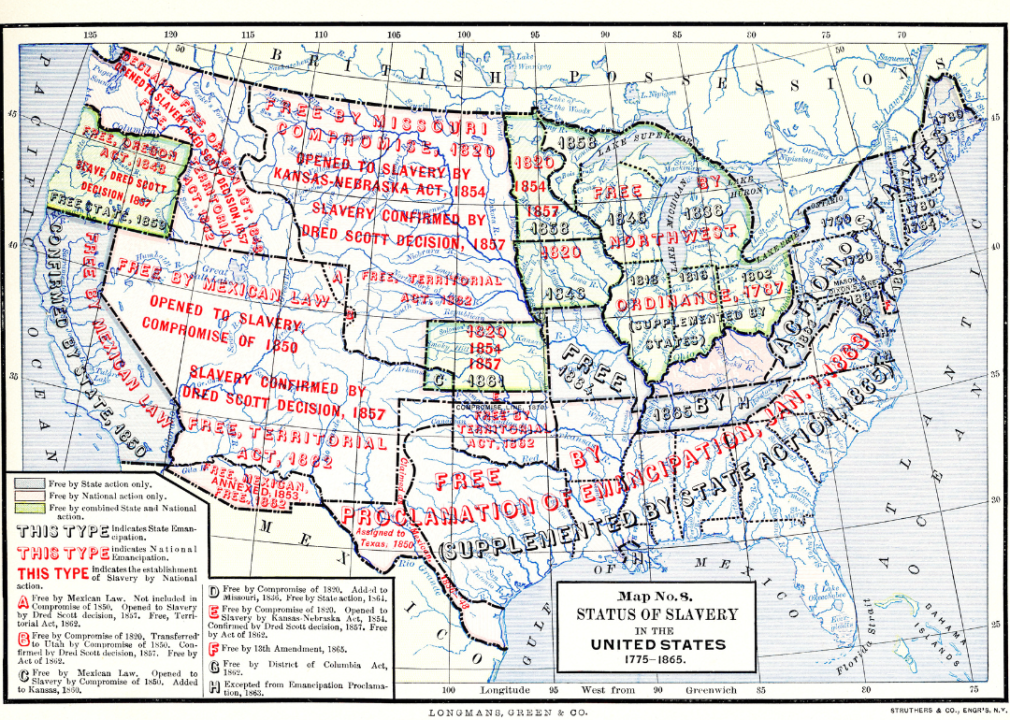 Juneteenth has been celebrated in Mexico for more than 150 years

Mexico was a longtime sanctuary for those who escaped chattel slavery, with a Southern Underground Railroad that helped as many as 10,000 people flee bondage.

Descendants of enslaved people who also emigrated over the southern border from the U.S. brought with them a tapestry of histories and traditions, including the Juneteenth celebration.

Juneteenth has been celebrated in a small Mexican village called Nacimiento since 1870. 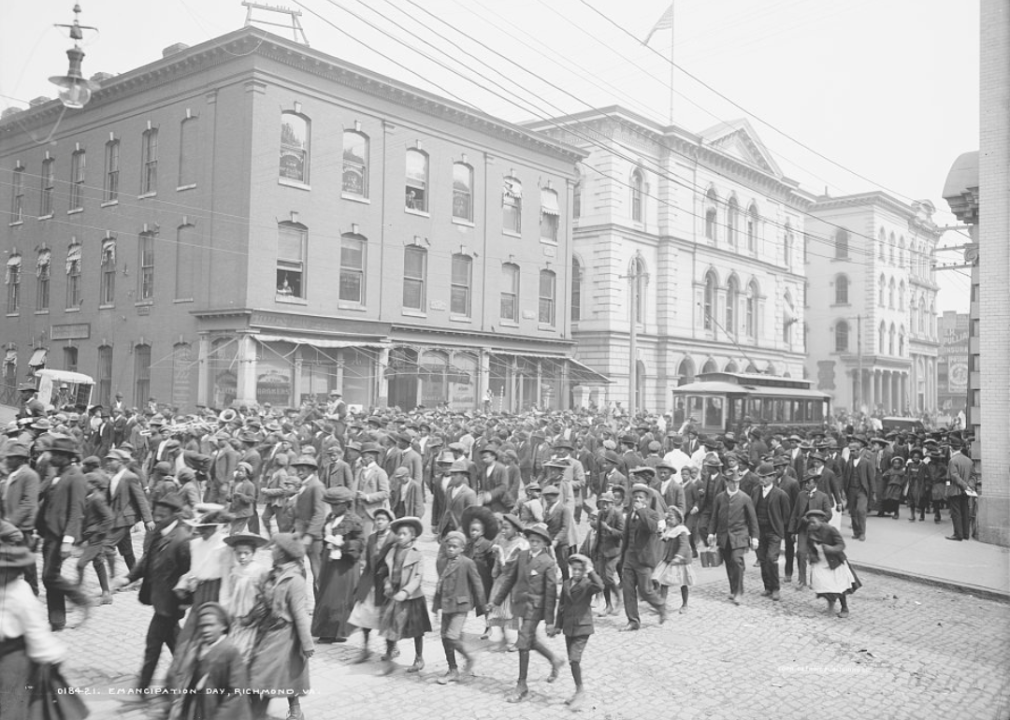 The Choctaw Nation of Oklahoma sided with the Confederacy during the Civil War and had members who enslaved Black women, children, and men. Following the Civil War’s conclusion, the Choctaws did not grant those who were enslaved their freedom.

The Treaty of 1866 called for the Choctaws to free the enslaved Africans in exchange for $300,000 paid by the U.S. government to the Choctaws and Choctaw Nation. Many of those liberated chose to stay and live as free people among the tribal communities.

More than 100 years later, in 1983, Choctaw voters adopted a tribal constitution that declared all members “shall consist of all Choctaw Indians by blood whose names appear on the original rolls of the Choctaw Nation … and their lineal descendants,” all but expelling Freedmen citizens from citizenship within the tribal community. 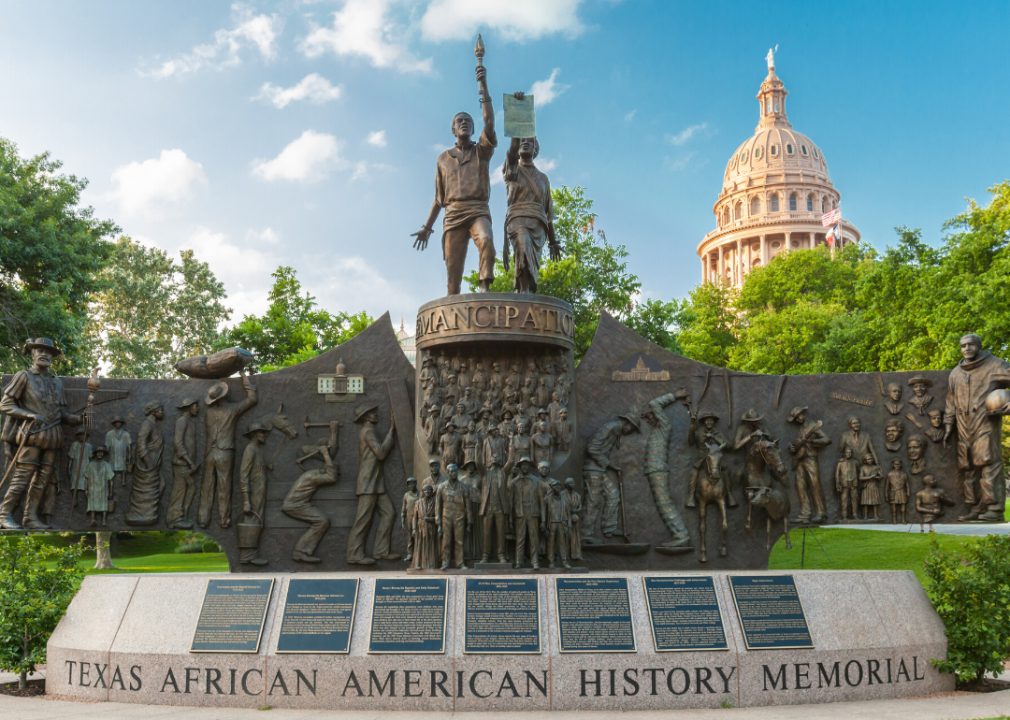 Festivities became more commercialized in the 1920s during the Great Migration

Early Juneteenth celebrations were spent in prayer and with family but eventually expanded to include everything from rodeos and baseball to certain foods like strawberry soda pop and barbecues. Food has long been central to Juneteenth, as participants often all arrive with their own dishes.

Attention for Juneteenth waned in the early 20th century as classroom instruction veered away from the history of enslavement in the U.S. and instead taught that slavery ended in one fell swoop with the Emancipation Proclamation. 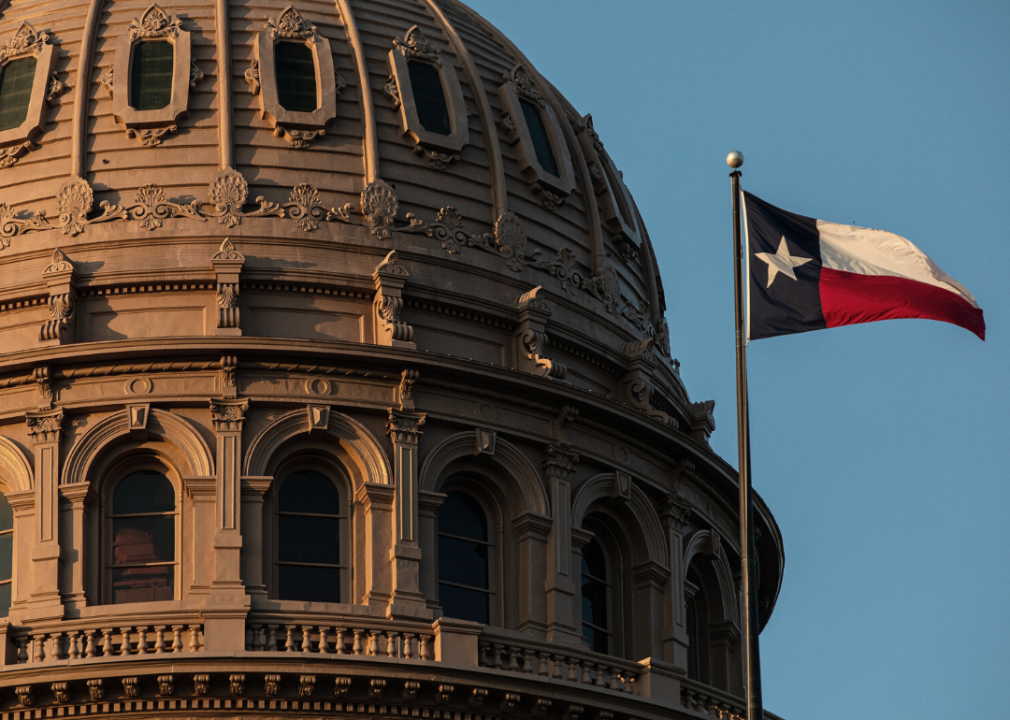 Texas was the last Confederate state to free enslaved people from bondage, but it was also the first to make Juneteenth an official state holiday.

You may also like: 50 Black writers whose impact went beyond the page

The late Texas Rep. Al Edwards put forth a bill in 1979 called HB 1016 that was entered into state law later that year and went into effect on Jan. 1, 1980. It was more than a decade before another state—Florida—passed a similar law of recognition. 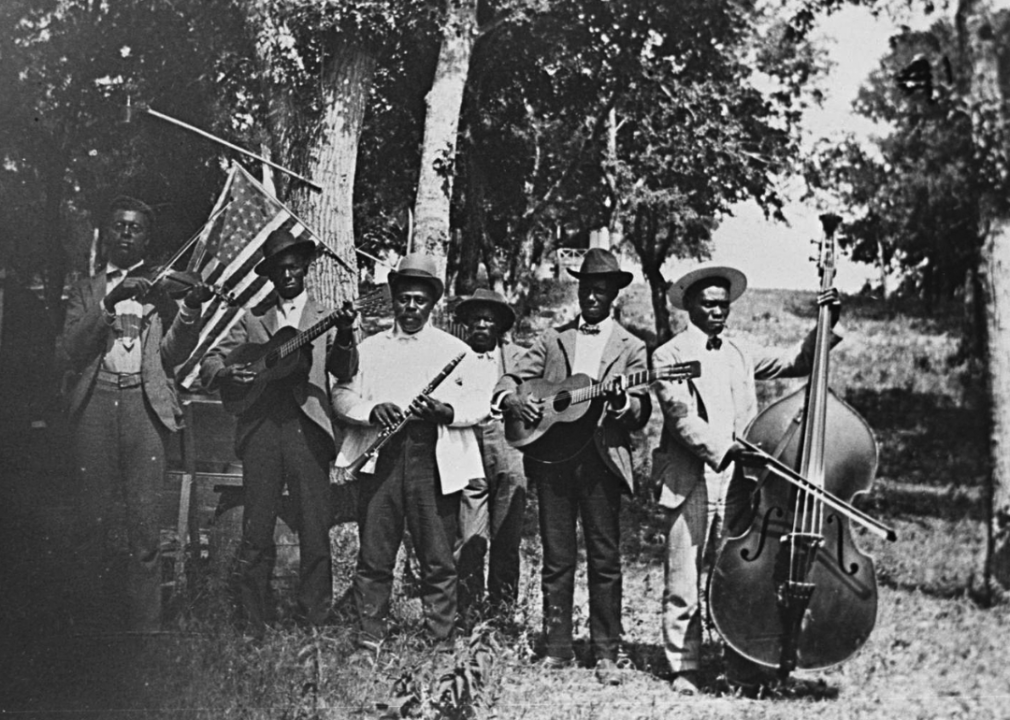 Hawaii and North Dakota preceded South Dakota by about eight and 10 months, respectively. 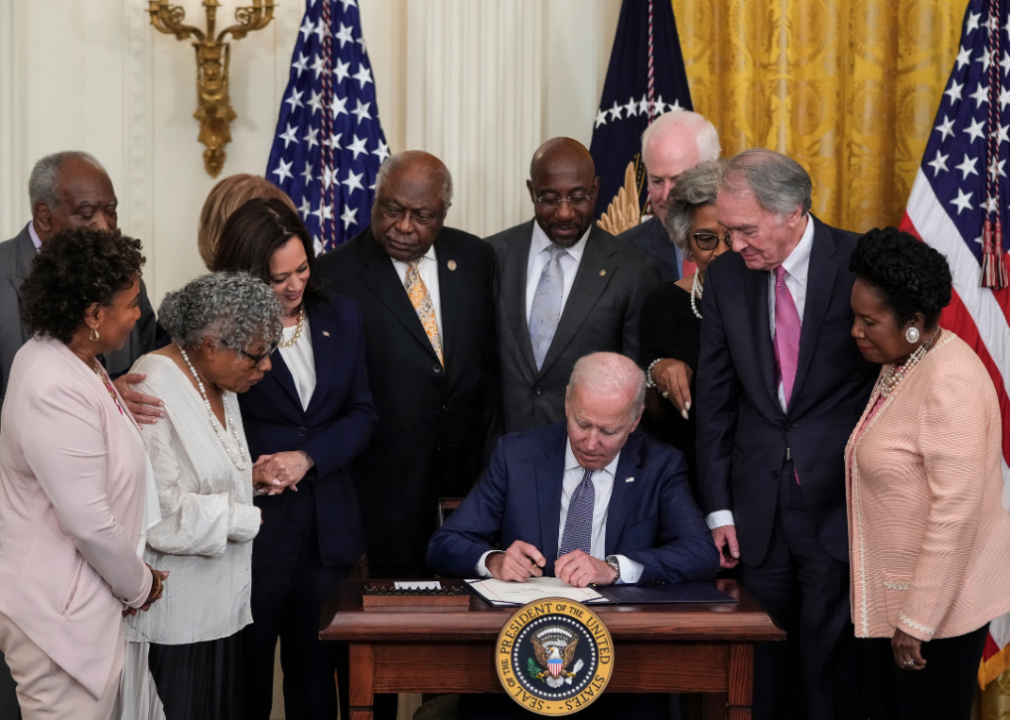 Juneteenth wasn’t recognized as a federal holiday until 2021

Juneteenth achieved increasing recognition in recent decades, but the full embrace of the celebration as a national holiday gained momentum around the nation following the murder of George Floyd on May 20, 2020.

The resultant Black Lives Matter protests that erupted worldwide in a stance against acts of racial injustice and police brutality spurred corporations nationwide to support Juneteenth as an act of allyship—and things snowballed from there.

You may also like: Historic sites commemorating Black history in every state

How hot is too hot for takeoff?

July 4th events kicking off across the Kansas City …

Record number of travelers expected for 4th of July …

4 Must Sees in Higginsville

Mayor Lucas asks KC to celebrate 4th of July without …

How hot is too hot for takeoff?

Fatalities down in MO, brace for 4th of July travel

Amtrak crash victims might have given up rights to …

Amtrak crash victims might have given up rights to …