PLATTE COUNTY, Mo. -- Accused thieves used a household product to commit a crime at a Northland gas station, but the whole heist was caught on camera and didn’t go as planned.

It happened this week at Woody's BP station off 92 Highway in Platte County, where a white Chrysler Town & Country van with Illinois tags was caught on surveillance cameras parking outside the shop.

A man and a woman went inside, where they played it cool at the register. Meanwhile, a third accomplice was scaling the wall outside.

“One of them climbed up on this side of the roof over there and placed aluminum foil on the satellite dish,” Assistant Manager Susan Crim explained .

Crim said small stores use satellite dishes to transmit credit card information, but if it is covered with aluminum foil, it often won't work – giving thieves time to buy stuff inside with fraudulent credit cards.

“If they would put their minds, when they're figuring out all this stuff, I mean, think of the career they could have!” said Crim. “But no, they’d rather do this kind of stuff.”

Usually the crooks would be long gone before a clerk would notice the transaction was declined, but Crim was hot on their case.

“The last time that they were here, they had bought a certain liquor and a carton of cigarettes,” she explained of recognizing their faces and their purchase from a time last year when she said these same suspects tried to pull the same scam.

But this time it didn't work. Their card was declined, and they left the shop empty-handed.

“It's heartbreaking, you know,” Crim said. “You try to expect the best out of people and I’m sad to say, probably about 20 percent are bad, bad people.”

Law enforcement agencies have seen similar heists around Kansas City, Wichita and Omaha in recent years, and as Platte County deputies work to crack this case, Crim is determined to stay vigilant.

“Just go day-to-day,” she said, “because I’m not going to let them beat me down.”

Crim described the suspects as a black man with dreadlocks wearing a red and white Adidas jacket and sweatpants, a black woman in a red Chicago Bulls t-shirt, and two other black men who were riding with them in the van. 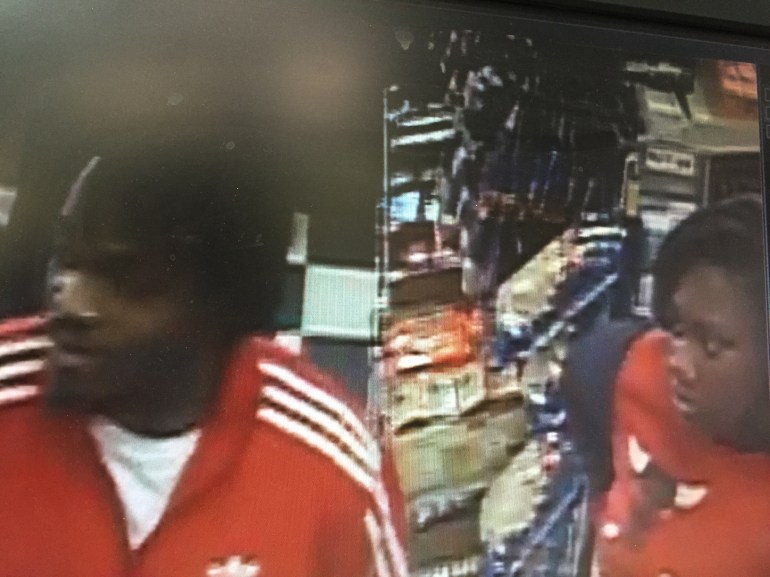 Anyone who recognizes any of the suspects or know anything about the case, call Crime Stoppers at 816-474-TIPS.

PETAL, Miss. (AP) — A Mississippi mayor who sparked outrage when he said he “didn’t see anything unreasonable” about the death of George Floyd in Minneapolis police custody is resisting calls to resign, including from his own town's board of aldermen.

“Why in the world would anyone choose to become a police officer in our society today?” Petal Mayor Hal Marx tweeted Tuesday, the day four Minneapolis police officers were fired. The 46-year-old Floyd, a black man, was handcuffed and pleading for air as a white police officer kneeled on his neck Monday.

MINNEAPOLIS -- The former Minneapolis police officer seen in a video with his knee on George Floyd's neck has been arrested and faces charges of third-degree murder and manslaughter, according to Hennepin County Attorney Mike Freeman.

The officer, Derek Chauvin, was taken into custody Friday by the Minnesota Bureau of Criminal Apprehension, Commissioner of the Minnesota Department of Public Safety John Harrington said in a news conference.

WASHINGTON (AP) — President Donald Trump said Friday that the U.S. will be terminating its relationship with the World Health Organization, saying it had failed to adequately respond to the coronavirus because China has “total control” over the global organization.

He said Chinese officials “ignored” their reporting obligations to the WHO and pressured the WHO to mislead the world when the virus was first discovered.