KANSAS CITY, Mo. — A driver fleeing the scene of a minor crash Friday night ended up in Brush Creek near the Country Club Plaza, police say.

At about 6 p.m., KC police said a white pickup truck was headed southbound on Main Street. Just north of 47th Street, the driver was involved in a minor, non-injury crash.

When the driver fled the scene of the crash, a KCPD spokesman said he drove the wrong way on Ward Parkway from JC Nichols Parkway.

That’s when the driver lost control of his truck, overturned and rolled down the embankment and into Brush Creek. 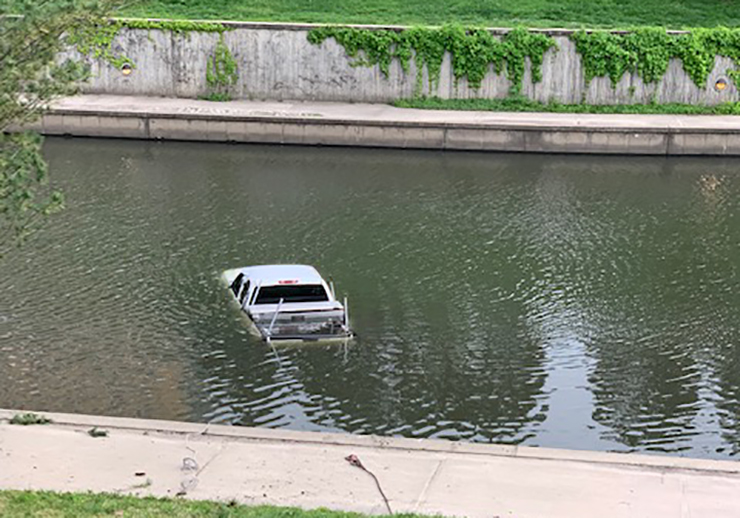 Police said the truck came to a stop upright in the creek, so the driver was able to crawl out and swim to shore. There, he was detained by a crowd who had gathered to watch until police arrived.

The man was arrested for suspicion of driving under the influence. A bottle of beer was thrown from his truck in the incident.