KANSAS CITY, Mo. — Fred Kaffenberger, 80, died at Leavenworth National Cemetery on Saturday. But his family in the Waldo neighborhood is taking solace in the way he died.

After retiring from the U.S. Marine Corps, Kaffenberger spent 33 years as a history and civics teacher at Kansas City Public Schools. But when he left the classroom, he didn’t leave teaching behind. He researched his own genealogy to find an ancestor who fought in the Revolutionary War.

“It was the connection with the past, George Washington was his hero,” Wanda, his wife of 48 years said. 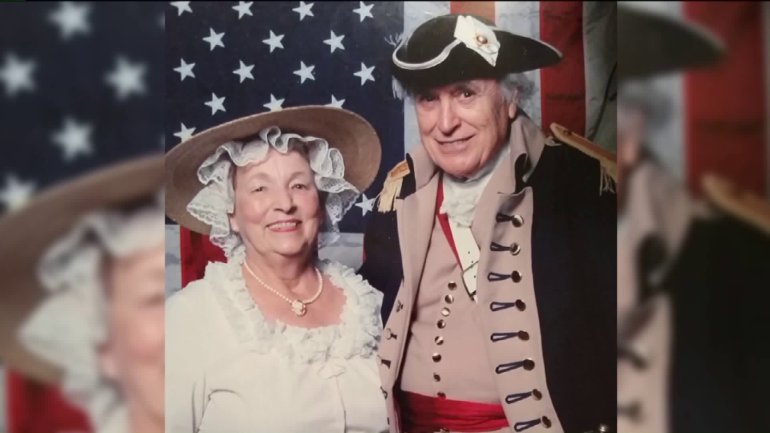 The discovery meant he could join The Sons of the American Revolution, proudly wearing the uniform of his ancestors.

“It was something he was proud to do, he didn’t feel silly didn’t feel ridiculous he felt like he was helping educating this country,” Wanda said.

Kaffenberger spent much of his time honoring veterans, whether it be at parades, funerals or at cemeteries, decorating veterans’ graves.

Kaffenberger, in full uniform, was at Leavenworth National Cemetery with the group Saturday laying hundreds of Christmas wreaths. The event happened to be the four year anniversary of when his son-in-law was interred there.

“His final wreath he was getting ready to lay was my husband’s when he collapsed and was gone,” daughter Amber DiGiovanni said.

Kaffenberger died suddenly, doctors still aren’t exactly sure why. But like the Revolutionary battlefield stories he liked to tell, one of his fellow patriots made sure that final wreath was delivered to John DiGiovanni’s grave.

“This is the way he would’ve chosen to go. Wouldn’t you want to go doing what you love to do and go in an instant?” Wanda Kaffenberger asked. “Yeah I would too.”

Kaffenberger died taking part in the Wreaths Across America program. This past year volunteers layed Christmas wreaths on more than 700,000 veterans graves across America.