INDEPENDENCE, Mo. — Authorities in Independence have charged two people in connection to a burglary and shooting that left one teen suspect dead and a homeowner clinging to life.

Authorities say that the three suspects were allegedly burglarizing the home near 23rd and Ellison Way in Independence shortly after 11:00 PM on Friday when the homeowner returned home and confronted them. Police say that one of the suspects, identified by friends as 16-year-old Dylan Thompson, was shot and killed in the incident. 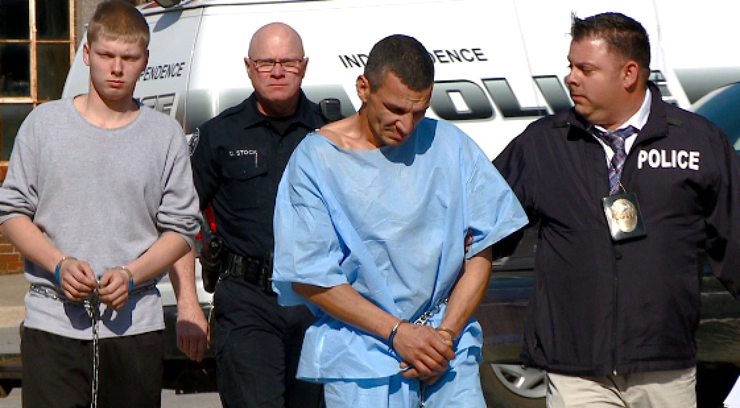 The two surviving suspects, identified as 18-year-old Dustan Donlan and 41-year-old Phillip A. Kisner, have each been charged with one count of second degree murder and one count of burglary.

It's unclear which of the three suspects fired the shots, but prosecutors say that because Thompson's death was the result of the perpetration of a felony, the two surviving suspects now face second-degree murder charges.

According to court documents, Thompson was the son of Kisner's girlfriend.

The homeowner, identified by authorities as Jimmy Faseler, remains in critical condition at a metro hospital. Faseler is an avid Kansas City Royals fan known for his large belly and unique dance skills at Royals home games.

On Sunday, the team let Faseler know they were thinking about them on their Twitter profile:

Thoughts and prayers to our friend and long-time #Royals fan, @jimmyfaseler.

Friends of Jimmy Faseler say that they will be holding a prayer vigil at the LifeConnection Church at 3883 Blue Ridge Blvd. in Independence at 6:45 Monday evening. All are welcome to attend.

WASHINGTON — President Donald Trump and Democratic rival Joe Biden sparred Tuesday in their first of three debates, hoping to sway undecided voters planning to cast ballots by mail and in person in the final weeks leading up to the Nov. 3 election.

Here's look at how their statements from Cleveland stack up with the facts:

All elementary students in the district will be going back in to schools full time by Oct. 26, with the first subset of that group, pre-K through 2nd, going to the hybrid model Oct. 5.