KANSAS CITY, Mo. — They’re typically seen in the hands of soldiers engaged in combat. SWAT team members arm themselves with the firearms when called to serious standoffs.

Rifles that, with a quick click, can instantly maim or kill.

“These are the weapons we take off the streets. One of our primary missions is to disrupt that flow of these guns,” Ham said.

He wasn’t surprised when he heard this week that federal prosecutors said 18-year-old Derron Nevels shot zTrip driver Teresa Meitl more than 20 times with a military/police-style rifle during a robbery.

Family members said Meitl is still “fighting for her life with nine bullets still lodged in her.”

“The gun is not going to do anything illegal by itself. It’s still the person that’s making the decision that they’re going to use a gun in violent crime that is the problem. We’ve recovered guns from 14- and 15-year-olds,” Ham said.

Many people might think the guns are filtering into the metro from other cities.  That’s not the case, Ham said.

In Kansas, nearly 3,000 guns were seized from drug dealers, gang members and other bad guys. Almost 400 of those firearms were rifles.

“This is the threat that we face when we go out every day. The profession of law enforcement is not getting any safer. It’s a war out there,” Ham said.

FOX4 showed several metro residents video of the four rifles the ATF displayed for us during our interview. 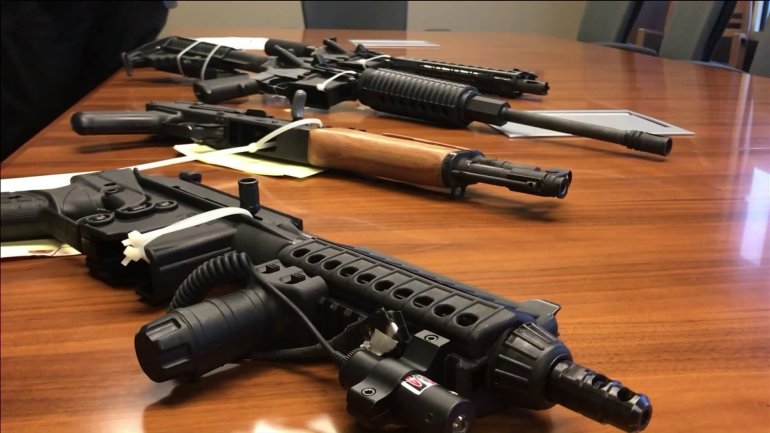 “We’ve lost our respect for human life,” a woman said.

“I just think it’s ridiculous and shocking,” another man said.

It’s shocking to citizens, but not to seasoned law enforcement officers who say they are winning the war on the streets.

“Are there more guns on the streets right now than last year or the year before? No. Our numbers have stayed about the same. We’re trained. We’re prepared. We’re ready because we know that the threat is out there,” Ham said.

JOPLIN, Mont. (AP) — A team of investigators from the National Transportation Safety Board was at the site of an Amtrak derailment in north-central Montana that killed three people and left seven hospitalized Sunday, officials said.

The westbound Empire Builderwas en route to Seattle from Chicago when it left the tracks about 4 p.m. Saturday near Joplin, a town of about 200.

KANSAS CITY, Mo. -- There is concern among Chiefs players and fans for head coach Andy Reid after he left Arrowhead in an ambulance following Sunday's loss to the Chargers.

He did not feel well leaving the field and special teams coordinator Dave Toub stepped in to handle the post game news conference, according to the organization.

KANSAS CITY, Mo. (AP) — The Chargers capitalized on four Kansas City turnovers, including Patrick Mahomes' second interception in the closing minutes, and Justin Herbert's touchdown toss to Mike Williams with 32 seconds to go lifted Los Angeles to a 30-24 victory over the Chiefs on Sunday.

Herbert finished with 281 yards passing and four touchdowns without an interception, outdueling Mahomes in a matchup not only of two of the game's best young quarterbacks but two teams expected to compete for the AFC West title.

COVID-19 vaccine exemptions: Where do different religions stand on vaccinations?

Fall means more deer on the road: 4 ways time of day, month and year raise your risk of crashes

Tempted to take expired medicines? Here’s what you need to know

These are the best pumpkin patches in the U.S.