KANSAS CITY, Mo. -- Prosecutors have charged three young men in a high-speed chase.  Occupants of the fleeing car were seen shooting at a police cruiser.

The chase began near 66th and Woodland Avenue just after 9:30 p.m. Thursday night. Police say an officer saw a vehicle parked in an abandoned lot with its lights off. The officer approached the car and it took off.

In the video, you can hear loud bangs and see muzzle flashes coming from the suspect's car. At one point, the officer has to temporarily stop following to increase the distance between him and the gun.

"They're firing!" the officer can be heard yelling. "High caliber weapon!"

The officer can be heard shouting for backup, yelling out street signs and repeating, "Get me cars!"

The suspect's vehicle, described as a four-door red car, can be seen swerving in and out of traffic. The video records the police officer's speed at one point at 93 mph.

An officer on the radio says he is going to TVI the suspect's car, which stands for Tactical Vehicle Intervention, otherwise known as a PIT maneuver. Soon after, a police car hits the back right fender, and the suspect's vehicle spins out.

"Get out with your hands up!" An officer is heard shouting right before the video ends.

Police found two handguns and an assault rifle in the suspects' car. 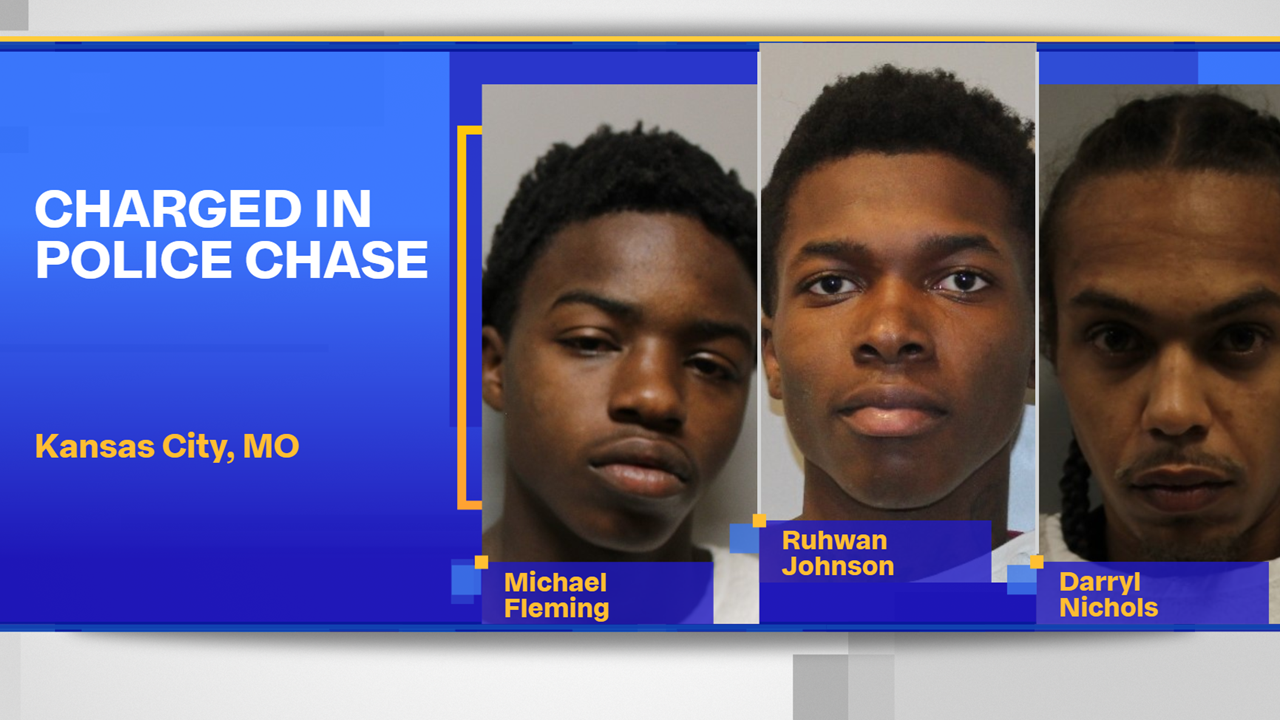 “The community and the prosecutor’s office is grateful for the officer’s steady demeanor during the entirety of this criminal incident and that the suspects were apprehended without harm. It is a credit to the officer and his training that no one was further harmed by the behavior of the suspects.”

KANSAS CITY, Mo. – A metro teen is hoping to win a trip of a lifetime, but she needs votes to make it happen.

The goal is to prevent tragic encounters, like what happened in 2018, when an Overland Park police officer shot and killed 17-year-old John Albers.

TOPEKA, Kan. -- The mother of a metro teen killed by Overland Park police in 2018 wants more transparency and changes in the way officer-involved death investigations are handled.

Sheila Albers testified on behalf of Kansas House Bill 2424 on Tuesday. It would create policy changes, require independent investigation and make those investigations public with redactions if no criminal charges are filed.