RICH HILL, Mo. — Before the temperatures drop too low, nature lovers should head to the Four Rivers Conservation Area south of Kansas City. It’s one of the best places to go for sight-seeing, teal hunting, fishing, camping, and hiking. 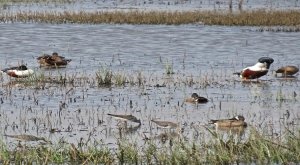 Flooding this spring and summer altered wetland habitat turf at the Four Rivers Conservation Area. The Missouri Department of Conservation worked hard over the past few months to recover habitat for the waterfowl hunting season. It has taken months for the wetland pools to drain following the historic flooding.

High waters also hindered the quality of the soil. Hunters will find poor to fair moist-soil conditions in Unit 1 and Unit 2 pools. Plants in those areas provide food for the ducks, geese, and other birds. Heavy rains and high waters prevented workers from planting new crops. The MDC aerial seeded millet on about 1,800 acres, according to its website. High waters also damaged roads near the wetland complex, but the area is now ready for the autumn season.

Pools should be at normal levels when the Middle Zone duck hunting season kicks off on November 9th.

Hunters will find hardly any cover or habitat in Units 3 and 4. Those units will have more than 2,000 acres of water during the early teal season.

Portions of the wetland complex are designated as a waterfowl refuge.

The wetland complex features trails, plenty of spots for wildlife photography, and other outdoor related activities. The area offers year-round opportunities for bird watchers and enthusiasts.  In 1999, the area was renamed the August A. Busch, Jr. Memorial Wetlands at Four Rivers to honor a former Conservation Department Commissioner. He loved wetlands and waterfowl. The Four Rivers Conservation Area consists of 13,929 acres in Vernon and Bates Counties. The nature spot is located about 15 miles north of Nevada and 5 miles south of Rich Hill.

Early to mid-September is an excellent time for early teal season hunters. Thousands of blue-winged teal hideout in the location during late summer to early fall. Visitors looking for other critters will find southern leopard frogs, beavers, pectoral sandpipers, and great egrets. More than 260 species call the conservation area their home.

Four Rivers has roughly 5,500 acres of managed wetlands. Purchased back in 1982, the site doubled the number of wetland units, making the 13,929 acre land a major Midwest destination for waterfowl hunters. Most people head to the spot between September and January. Approximately 6,000 to 7,000 waterfowl hunters visit during duck season.

Four Rivers ranks as one of the best places in the state for bird-watching. September is an excellent time to visit and take pictures of shorebirds. There is a lengthy list on eBirds of the flying beasts in the area. People who visit might see: ringed-neck ducks, canvasbacks, green-winged teals, lesser yellowlegs, double-crested cormorants, and American tree sparrows.

The area is managed using a variety of moist-soil management techniques, along with some agricultural crops. The hours of operation daily are from 4:00 in the morning to 10:00 at night.

The nature spot has designated camping sites. Fishers will find anything from black bass, catfish, crappie, sunfish, to white bass. There is no defined trail system, but there is an extensive network of levees and field roads.

During certain parts of the year, people may hunt deer and turkey at Four Rivers CA. Waterfowl regulations vary depending on the location. Hunting dogs and pets are allowed on site, but need to be on a leash or controlled. For more information, consult the Missouri Code of State Regulations in Chapter 11 of the Wildlife Code.

Only someone with a Daily Waterfowl Hunting Tag may take a waterfowl. The birds are only allowed to be taken from a blind or designated area. Hunters may retrieve dead birds. Waterfowl hunters must check out following their hunting trip. Department areas are closed to waterfowl hunting on Christmas Day.

Only authorized persons are allowed within the waterfowl shooting areas during the hunting season. Portions of these department areas will open to fishing during all or part of the waterfowl season. 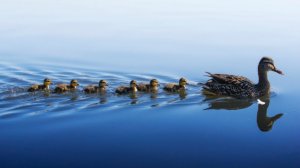 For those looking for dining and lodging, head to nearby Nevada. Some of the popular restaurants there are: White Grill, Buzz’s BBQ & Steakhouse, Sharkys Pub & Grub, Los Sauces Mexican Restaurant, and Iguana Azul. Nevada has a handful of motels and hotels including Holiday Inn, Country Inn & Suites by Radisson, Super 8, and Americas Best Value Inn & Suites. There are some cabins and other lodgings listed on Airbnb.

More information about the waterfowl season is posted on the Missouri Department of Conservation website.

GRAND RAPIDS, Mich. (WOOD) — For some who survive COVID-19, beating the virus doesn't mean the end of the fight. Symptoms such as headaches, fatigue and feeling foggy can linger for months.

"This is not something that only patients with underlying lung disease or heart disease (are dealing with). This is being reported in young, healthy people," said Dr. Claudia Jarrin, the medical director of infection prevention and control for Mercy Health Muskegon in Michigan.

SULLIVAN, Mo. (KTVI) – A third-grade girl from Missouri has been swamped by phone calls from people in Arizona wanting the COVID-19 vaccine.

Eight-year-old Sophia Garcia and her family moved from Arizona to Sullivan several years ago. She got a hand-me-down iPhone that still has the Arizona number.

(VENN) - The Overwatch League has unveiled its plans for the 2021 season, including a start date and team splits.

The league will begin in April and consist of four small in-season tournaments, not unlike the Countdown Cup or Summer Showdown tournaments at the end of the 2020 season. Visit our VENN Gaming & Lifestyle page to get a full Overwatch breakdown on divisions and what to expect.