CLINTON, Mo. — A 46-year-old woman who escaped from captivity in Sedalia, where she said a man she had dated was holding her in a wooden box, was murdered overnight in Clinton, Mo., along with her 17-year-old son. Police were dispatched to a home in the 700 block of East Franklin Street Thursday  just after 4:20 a.m. when relatives with whom they were living came home from work and found Sandra Kay Sutton, 46, and her son Zachary Wade Sutton, 17 dead. 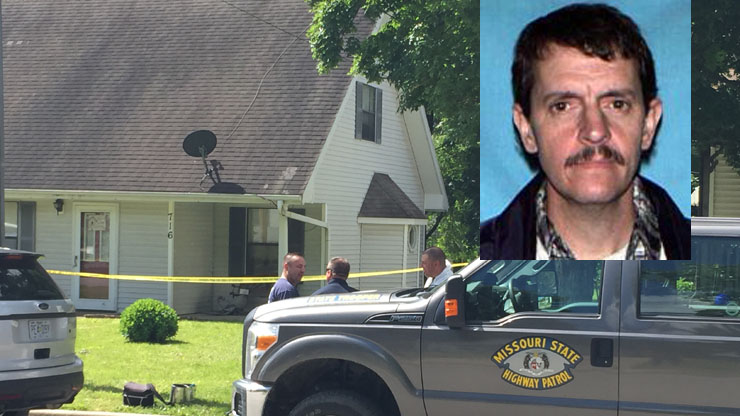 Police said they were shot to death. 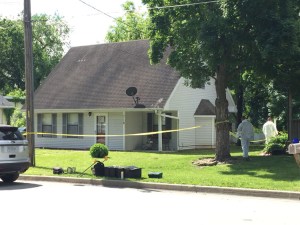 Shortly after their bodies were discovered, police surrounded the home of James Horn in Sedalia, the man accused of holding Sandra in the wooden box for four months.  Around noon police took out a bullhorn and announced that they had the area surrounded and told Horn to turn himself in. Police said they suspected that Horn could be inside his home or a neighboring vacant home.  Police believe Horn returned to Sedalia because the car Sandra had been driving when she was living in Clinton was missing and found in Sedalia at Bothwell Regional Health Center.

Police said they have not been able to confirm that Horn is inside of one of the homes, but they suspected he could be because surveillance video showed someone getting out of the car and walking in the direction of the home that belongs to Horn.  Police said they asked people in the area to move away from the home because it “might not be safe here pretty soon,” according to a SWAT officer.

At a news conference late Thursday morning, Clinton Police Lt. Sonny Lynch answered the main question: Why was she not better protected while she was living in Clinton, which is about an hour away from where Horn lived in Sedalia?

Police have been trying to find Horn since April 30 when Sandra escaped from the box. According to the probable cause document, police found sleeping bags, reading material, flash lights and a bucket full of urine and feces inside the wooden box where Sandra said she lived. The box was described 100 inches long, 48″ wide and 52″ tall. The box had been sound-proofed but contained a small hole for air. It was found near the southwest bedroom.

Horn was charged with kidnapping, armed criminal action and unlawful use of a weapon in connection to the case but has remained at large.  Police said Horn should be considered armed and dangerous. He is described as a 47-year-old male, 5’11” tall, 175 lbs. He has brown hair and brown eyes.

“If you see this guy you need to turn him in, he’s a very dangerous guy, and he could do this to your daughter,” Sandra’s mother told FOX 4’s Shannon O’Brien when she spoke to her on May 4.  Shannon spoke again to Sandra’s mother on Thursday morning after her daughter was found murdered. She said she is terrified. She says police have been to her house several times, and she is scared that she is next on Horn’s list to kill.

Sandra’s son, Zachary, attended Clinton High School. The school issued a statement on Twitter Thursday morning that said, “Zachary was a wonderful young man and a pleasure to be around. He will be missed dearly at CHS.” The school went on to say, “We are heartbroken over the tragic and senseless loss of Zach Sutton and his mother.” Clinton High School said they will have counselors available for students and staff.

“James, I don’t believe what they’re telling me, but to make it easier on you, turn yourself in,” his stepmother said shortly after Sandra’s escape.

On Thursday, FOX 4 spoke to members of Horn’s family. They said he told them he was planning to turn himself in, but had some loose ends to tie up first.

Horn had a criminal history of violence before this. In 1992, when James Horn was 24-years old he was accused, and then convicted of kidnapping and sexual battery in Shelby County, Tenn. His girlfriend at the time said she’d been dating him for about five weeks when she broke up with him. She said she awoke the next day to find him rummaging through her closet. She said he put duct tape over her mouth and hands, and forced her to have sex with him.

He then tied her hands behind her back with shoe strings and forced her outside and into his 18-wheel truck. She says he drove her to a bridge, then pulled over and forced her to have sex with him again while her hands were still tied.

They stayed at that location for about seven hours, she said. In the meantime, her mother reported her missing. Horn then brought her back to her apartment the next day at about 5 a.m., and the victim called police.

Prosecutors filed charges against Horn, who pleaded guilty to kidnapping and sexual battery. He was sentenced and later released from custody March 14, 1995, according to Tennessee court records. 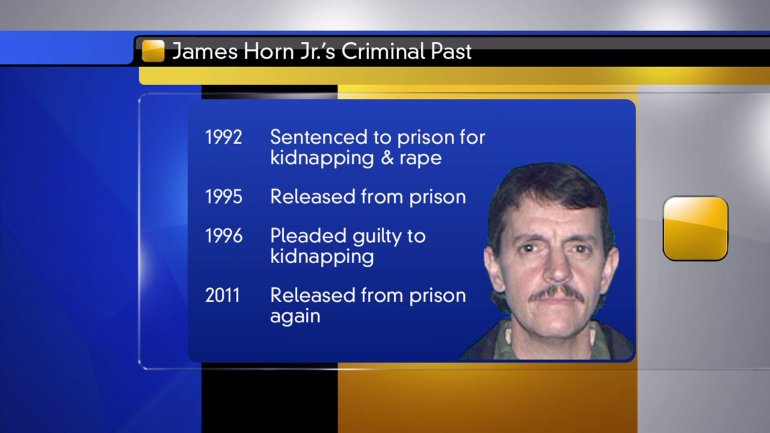 The Sedalia 200 District issued a statement on Twitter concerning the situation:

“Schools following normal daily lockdown procedures, but outdoor activities cancelled due to law enforcement activity in community. There is no indication that our students are at risk, but we are taking all precautions to ensure their safety. To be clear, all of buildings are under normal daily procedures concerning door locks, visitors need to ID themselves before gaining access.”

FOX 4 has a crew in Sedalia and Clinton and will bring live coverage throughout the day.

Refresh this page for the latest or watch the FOX 4 newscasts online or on TV.