KANSAS CITY, Mo. — Changes are coming to Westport, and it’s all in an effort to make it easier to get into the entertainment district during the late-night hours.

The new checkpoints will be on either side of the Westport Alley off Mill Street – one behind Qdoba, the other in front of Johnny Kaw’s Yard Bar. 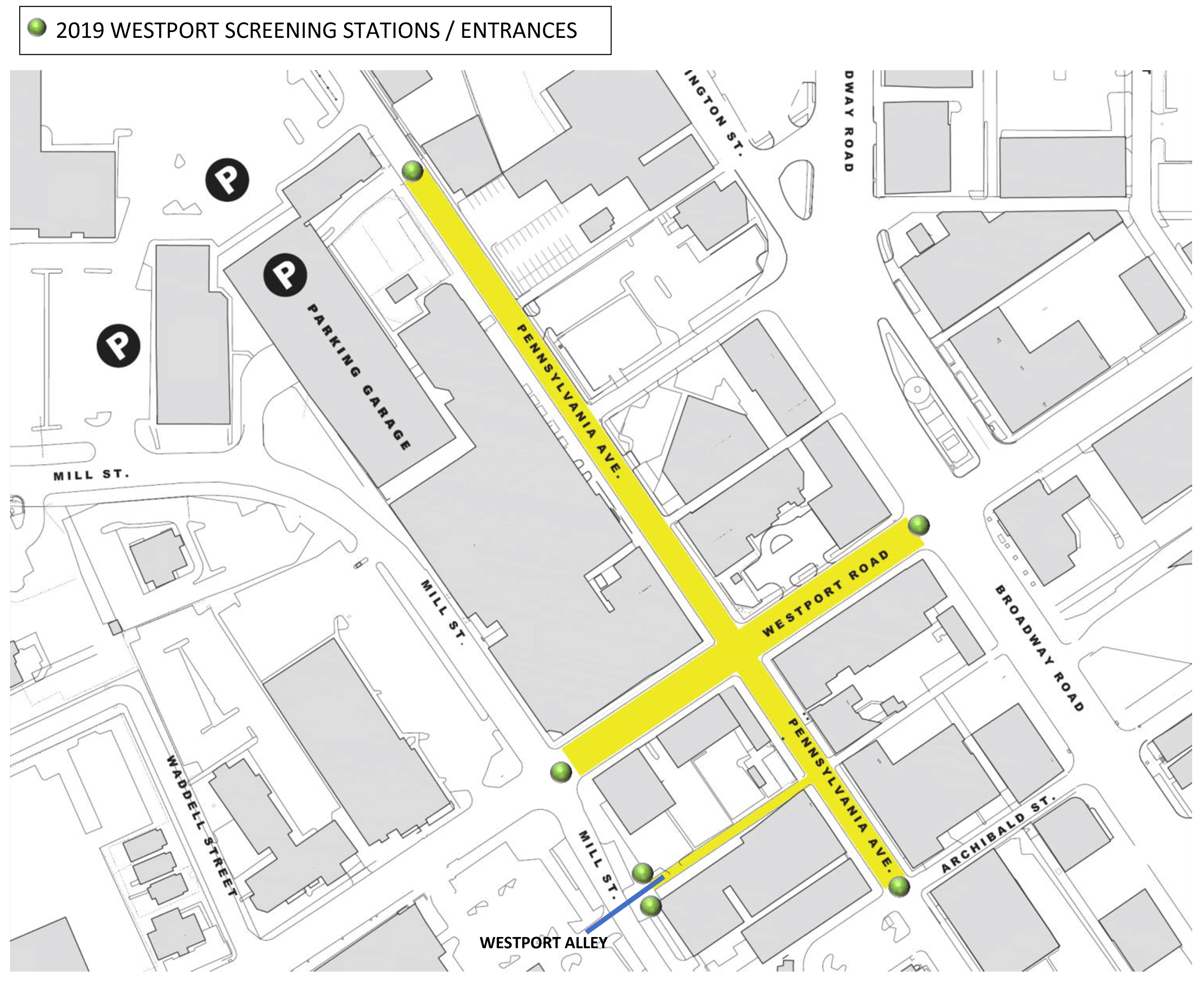 The screenings started last summer as a response to a growing trend of shootings and violence in the entertainment district.

When the city council agreed to privatize streets and sidewalks in Westport back in 2017, it opened the door for police officers to set up metal detectors and screen patrons for weapons during the late night hours.

Westport business owners recognized there were a few glitches in the system last summer that led to long lines at security checkpoints, which is why they have added the extra two entrances and added four more metal detectors to speed up the lines.

The screenings will begin Friday, April 5 and only be Fridays and Saturdays from 11 p.m. until 3 a.m.

If you are in Westport before then, you won’t have to leave and come back in through a metal detector – you can stay where you are.

These screenings will run through October.

See the full list of items not allowed into Wesport once security screenings begin.