KANSAS CITY, Mo. — Morel mushroom hunting is serious business in this part of the country.

The annual Morel Mushroom Festival is this weekend in Richmond. The frenzy is growing as we approach the peak of the season, and this season is even better than years past.

Most of the metro was sick of all the cold and snow the Kansas City area saw not long ago. But morel mushroom hunters are loving that harsh winter now.

All that snow primed the ground for morels.

“We had very sufficient amounts of snow, which caused a good sub-soil moisture content,” said Randy Polley with Bear Lakes Plant and Produce. “Now we’re looking at dry right now. But once it starts raining, we will not be losing that top moisture like we did the last three years — thus creating that fungus growth.”

Polley is one of thousands who are finding some positives to the extra snow. He’s a certified morel inspector and a bonafide mushroom lover. 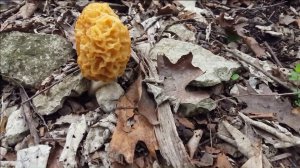 He’s been hunting morels for as long as he can remember and, like many locals, goes hunting for the elusive mushrooms that only pop up for a few weeks every spring.

“One day we was walking a creek, and I always say the best picking is when the water is so high you cannot cross the creek,” he said. “And that means that you have your moisture right. One day me and some buddies, we probably brought in 80 some pounds of mushrooms. It took us about 5 hours.”

Polley hasn’t had as much luck lately, but that hasn’t stopped him from hunting every spring.

The past few year’s lack of snow resulted in less crop for Polley, who sells morels at local markets in the metro. prices vary from vendor to vendor but can sell from anywhere from $20-40 per pound due to how difficult it is to find them.

This year, Polley is encouraged though — if we can get the right elements to come together.

“You need that high humidity during the afternoons,” he said. “If you can get a high humidity pattern running with late night showers or early morning showers that creates that humidity where we’re talking about 50s at night and mid-70s during the day — if you can get that going, then they will start producing. It will be a very successful producing year.” 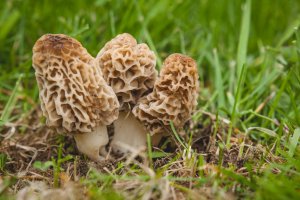 If you look anywhere on social media right now, the mushroom posts are popping up everywhere.

The season has already started, so many are wanting to get out and find their own haul. But if you’re a novice, you need to know where to start.

“First of all, you’re gonna have to have permission to go onto a farm or use public ground,” Polley said. “You need to be finding some timber, preferably along a creek or small river. You need to be going on the banks where the low places are so you know the water has stood there at one point or another creating that high humidity with the sunshine during the day.”

Polley said to also use the trees around you as a guide.

Polley does have a couple favorite trees to search though.

“What I look for in the trees is, on a Chinese elm, is slipping bark,” he said. “That means they haven’t been dead that long, and the outside bark is just starting to loosen. That would be a high priority for me to check. Any cottonwood that’s been hit by lightning in the last 2-3 years, that way you’re getting the bark on the ground, and you’ll find a lot of morels under them.”

Others use less conventional ways to know when it’s time to hunt.

Polley relies on knowledge of the region and, more recently, Facebook. 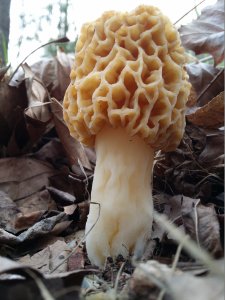 “The best place to go is on Facebook and find you a morel page,” he said. “There are some good ones on there, and I think they are updated frequently.”

You also need to know some of the rules of the hunt.

“Take your time. Get your walking stick. Take your time that way your reptiles have a chance to get out of the way, and they will move,” Polley said. “I personally recommend a tick spray on your ankles, legs, so forth like that. Other than that just get out, enjoy spring and see what your luck is like.”

One reminder: Avoid hunting in areas that saw spring flooding. The safety of the mushrooms could be compromised.

The last tip Polley provided when you’re in the woods near a tree: “Hit the base, make a circle, pick or move.”

FOX4 took all of Polley’s tips and tricks and went out searching. We stumbled upon a patch of morels, and once our eyes adjusted to spotting them, it was on! We hauled in about two dozen.

The morel season should last another couple of weeks, so get hunting now!