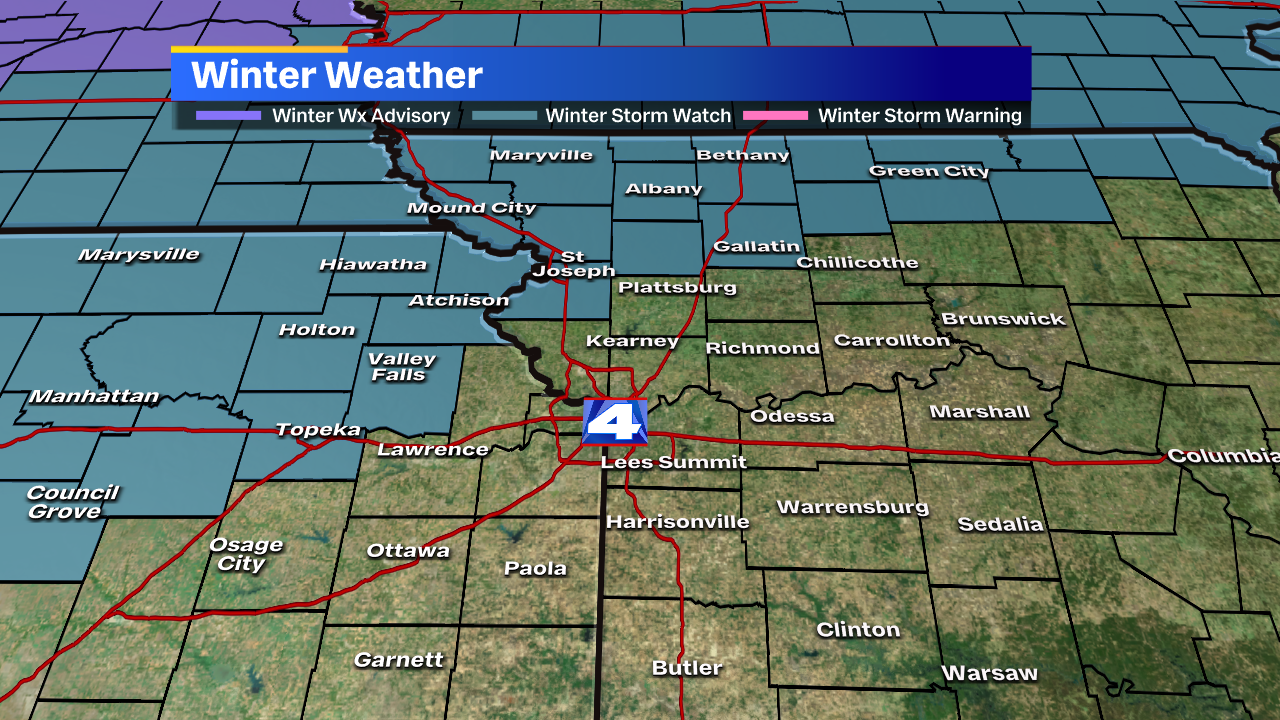 A Winter Storm Watch has been issued for areas northwest of the immediate metro. First and foremost, this is where the heaviest snow will be expected over the coming days. But that doesn’t meant the rest of the areas won’t feel some sort of impact from this system. For a quick discussion, watch the video above. 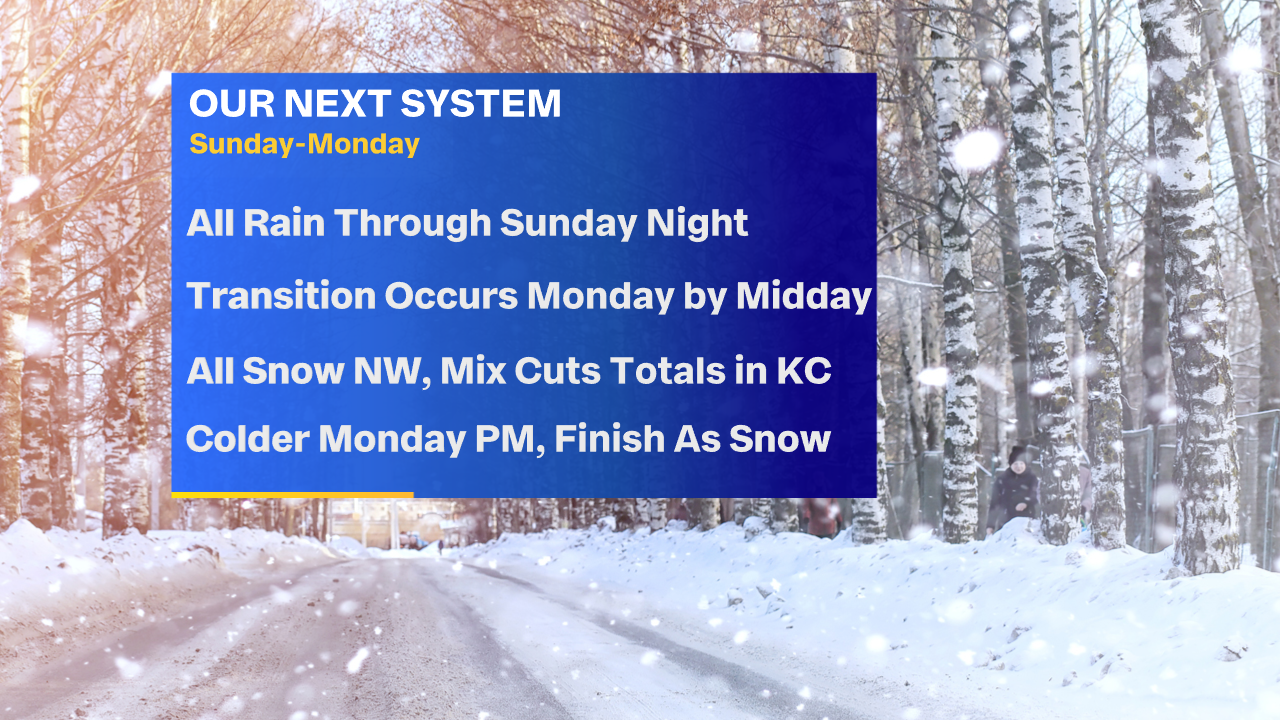 Most importantly, this won’t impact Sunday whatsoever. But the transition from rain to snow will be a key factor on how much snow we get and what other types of precipitation is mixed in. 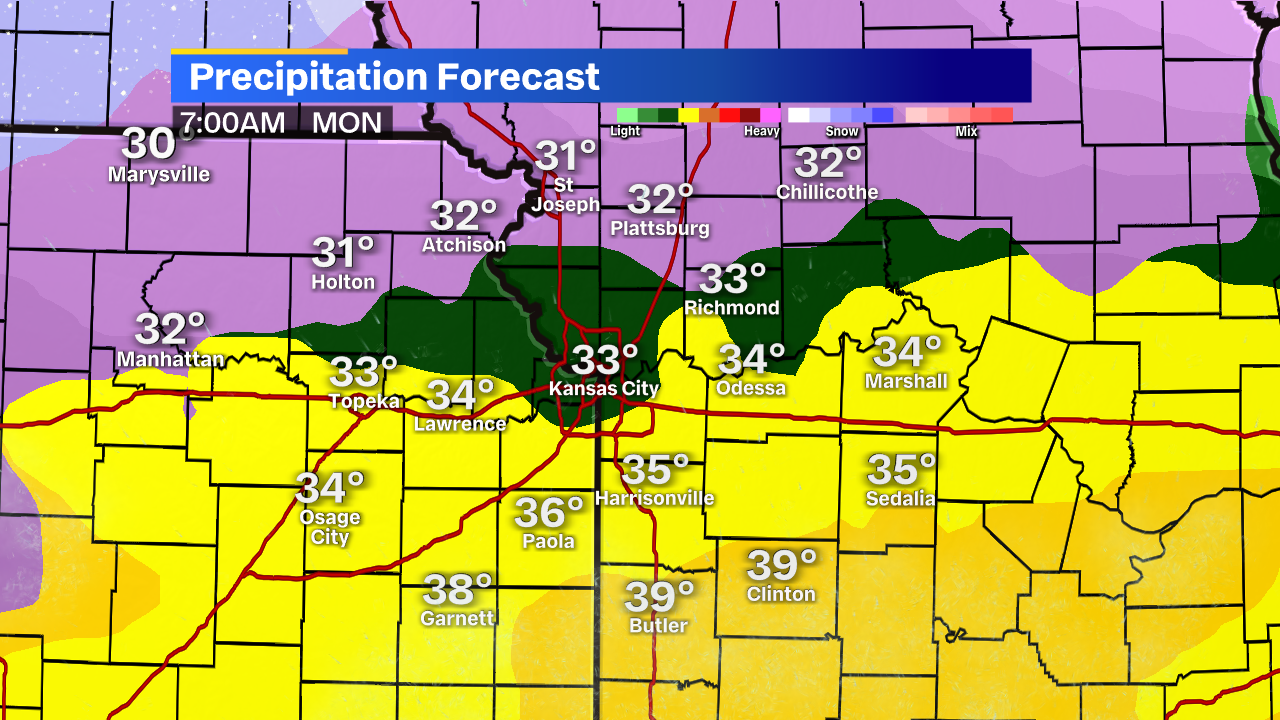 Expect a cold rain Monday morning. Note that the areas in the current Winter Storm Watch have already begun their transition: this is key. 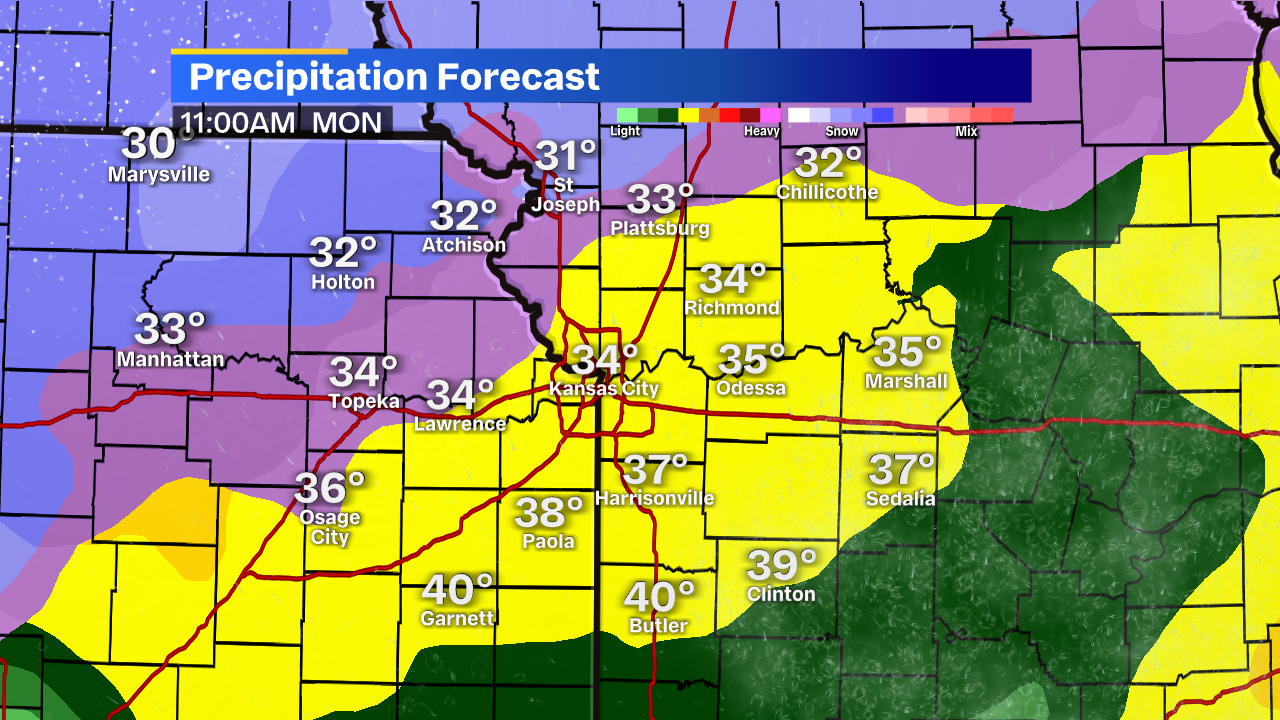 Mid morning will be the key for most of us, I think. The transition to snow has already begun to the northwest. But at this point, where does that thumb of warm air settle in? I think it’s enough to impact us and bring some sleet for an hour or two mixed in with freezing rain. This is one of the major factors that impacts our snow totals. 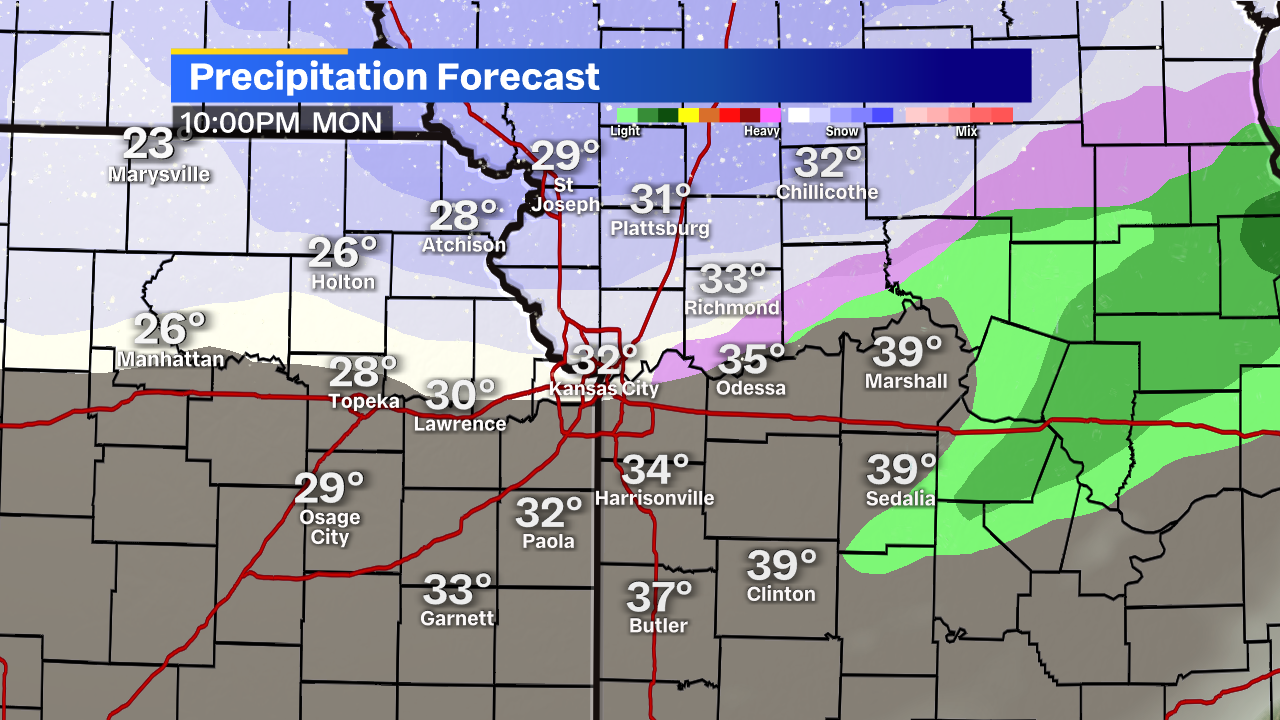 We’ll expect to transition to snow later as this system moves out, and temperatures will fall. 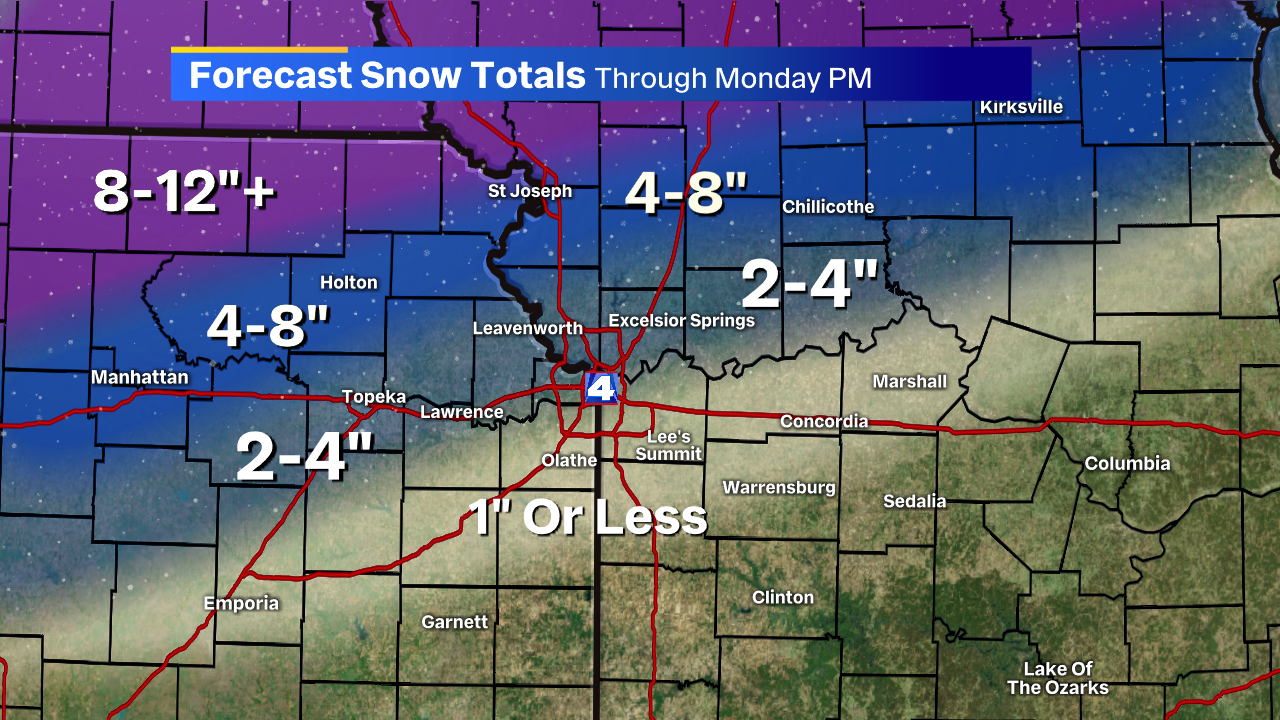 Expect a very sharp cutoff of just a few MILES from 1″ of snow to 6″ of snow. This will seriously depend on how much of that finger of warm air dictates our precipitation for about 2-4 hours in the morning. South of the metro doesn’t look to get much, but the further northwest you go, it’s likely you’ll gradually see totals increase quickly. Check in Sunday afternoon before the Chiefs game for an updated look at what to expect on Monday.