KANSAS CITY, Mo. – It’s a bit of a taboo topic but one that’s sweeping national headlines and making waves around the world.

As of March 2019, sales tax is imposed on menstrual hygiene products in 35 states. Of the 50 states, five of them don’t have sales tax. Of the remaining 45, only 10 states don’t tax these products.

Although state lawmakers aren’t considering completely eliminating sales tax on menstrual products in Missouri, the Show Me State could soon be changing its tax on  pads, tampons and more.

Period Equity is a national group that works to make menstrual products “affordable, safe and available.” They said the cost of menstrual products is about $100 each year. Tax adds anywhere from 6-10 cents on the dollar, depending on the state.

Although it may not seem like a lot of money, advocates for axing the tax say it does add up.

“When you look at those numbers, you’re looking at one person,” said MaryAnne Metheny, CEO of Hope House domestic violence shelter. “Often in a family, there is more than one female.”

Hope House benefits from the work of groups like Giving Hope & Help, founded by Jessica McClellan.

“It’s a national problem. It’s a problem literally across the globe,” McClellan said.

Her nonprofit hosts donation drives to collect thousands of menstrual products every year. The group serves more than 20 shelters from Kansas City to Texas.

“I have strong views about these products being readily available. The tax should be definitely decreased or eliminated in my opinion,” McClellan said.

She said states are profiting off periods — something no one chooses to have. 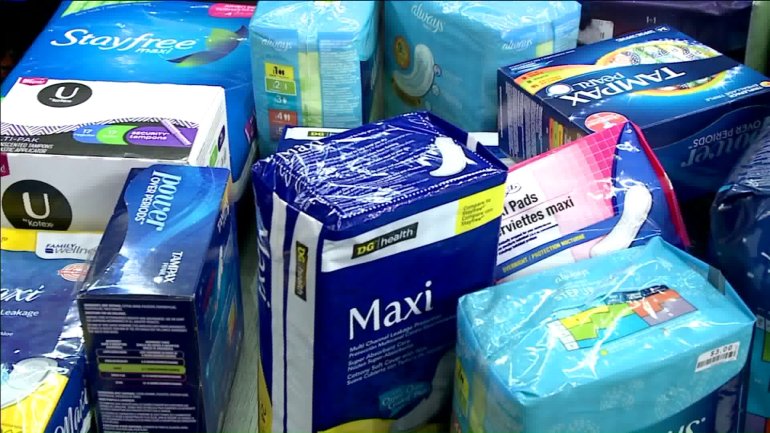 Missouri State Rep. Jim Neely is a physician in Cameron. Although his line of work in medicine lends itself to a clear understanding of the period process, his backing of the bill is purely financial.

“It’s just a normal physiological function,” he said. “But for me, this is really just about reducing taxes.”

He’s sponsoring Missouri House Bill 747. Earlier this month, the bill passed unanimously through the Special Committee of Aging and is making its way to the House floor.

If it passes, it would reduce the sales tax in Missouri by two percent on feminine hygiene products, diapers and incontinence products.

“My grasp on the bill was if I can reduce taxes, let’s do it,” Neely said.

Here’s the other side though: Taxes bring in revenue that states need, right?

In a study by the Tax Foundation, key findings said it’s “factually inaccurate” to say women face an injustice because one, no state subjects tampons to a special or unique tax, and two, sales tax should apply to “all final consumer purchases, without regard to whether items are classified as necessities or luxuries.”

The Tax Foundation also said the more items that become tax exempt, the more tax will increase on other items — or it’ll just become lost revenue. In Missouri’s case, it would mean between $17 and $28 million lost.