KANSAS CITY, Mo. —  A call for an ambulance in Midtown early Tuesday morning has turned into the city’s latest homicide. Police said the death of a woman in her apartment at 37th and Forest is suspicious.

Police said a man had come to visit the woman and called 911 after finding her body. Police said Hetzler’s body had obvious signs of injuries and that’s why detectives have been investigating this as a homicide.

A neighbor told FOX 4 News when he saw the victim last week, it looked like she had been roughed up.

“Just a little black eye markings,” James Palmer described. Palmer said the woman would not talk about the injury, which caused him some concern.

Palmer described the woman as kind-hearted and friendly. He said the victim sometimes would cook a meal and share it with him. And they watched TV together in her apartment.

Neighbors also said this is an apartment building where everyone knows each other. They claim it’s not unusual for folks to be up at all hours of the night. 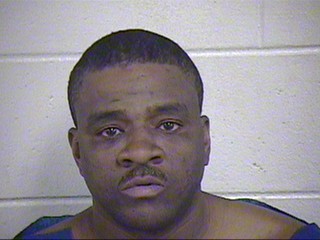 Refresh this page or turned to FOX 4 newscasts to stay up to date with thelatest information.

Back in 2018, police pledged to maintain a staff of ten parking control officers to crack down on growing illegal parking problems downtown. Police say it's been hard to meet the city's parking citation goals.

KANSAS CITY, Mo. -- Police have identified the teenaged boy who was killed after a shooting at the HomeTown Studios hotel on the Northland.

Officers responded to the hotel at 301 N. Corrington Ave on April 17. When they arrived, they found one juvenile with a gunshot wound. He was transported to the hospital, where he later died.

KANSAS CITY, Mo. -- Chiefs Quarterback Patrick Mahomes said he's received the COVID-19 vaccine, even though he's not required by the NFL to do so.

During a virtual meeting Monday morning, Mahomes said his reason to get the vaccine was to help protect his two month-old daughter, Sterling Skye.