SMITHVILLE, Mo. — In the most famous film about a Kansas tornado, Dorothy landed in just the right spot. You could say a film sent flying by tornado in Douglas and Leavenworth County on June 28 landed in the right spot as well.

Mindy Coates has been finding peculiar items all over her property the past couple days.

“My daughter said she saw a couple of things fall in our backyard, and it was raining, and it was just like Styrofoam,” Coates said.

People found other items, like broken flower pots with a Linwood address, it became apparent the the EF-4 tornado carried some things more than 50 miles.

But one item in particular that she quickly spotted near her driveway now has Coates on the hunt for the rightful owner.

It was film, specifically. Coates happened to have an 8mm projector. It was her grandfather’s old projector she used to put together videos from his life so he could see them before he died.

Now, she’s hoping to help someone else do the same. The film appears to perhaps be Super 8mm, so she was only able to capture a few images from it. 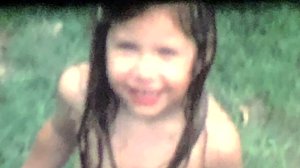 The first frames of the home movie include several people at what looks at a backyard party and a little girl enjoying time in a kiddie pool.

You can see the photos Coates was able to capture in the video player above. Super 8mm film was popular in the late 1960s and 1970s.

Coates did find one other clue: what looks like a list of shop supplies dated Aug. 3, 1990. Of course, there’s no telling if it came from the same home.

“A lot of those people have lost everything. They have nothing left. This could be somebody’s only memory, so I just would like to be able to give it back,” Coates said.

ST. LOUIS — Missouri’s health department doesn't include antigen tests in its count of COVID-19 cases, meaning that tens of thousands of positive tests have not been included in the state's tally.

The St. Louis Post-Dispatch obtained data from the Missouri Department of Health and Senior Services showing that antigen tests found 20,083 cases of the coronavirus in December alone, and 12,228 in January through Tuesday.

KANSAS CITY, Mo. -- Help is on the way for the 30 million Americans who said they didn't have enough to eat last month. A new executive order from President Joe Biden will temporarily boost SNAP benefits.

Community food network Harvesters said close to 400,000 people in the Kansas City region don't know where their next meal is coming from.

“I’ve been a Chiefs fan all my life, since I was 3 years old,” Levine said. “I’ve gone 17 years straight without missing a game.”